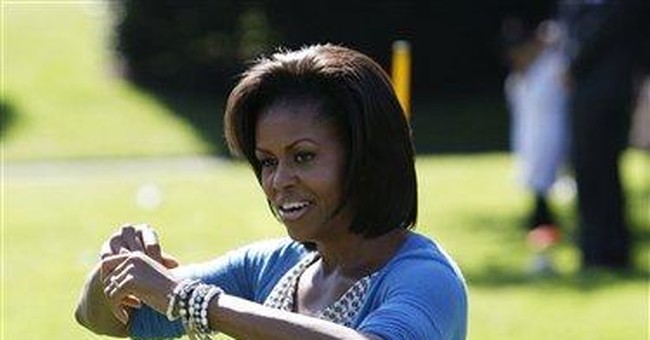 You bet they were great friends. That's governance, Chicago style. The head of government is friends with the heads of every big business, lobby and union, and together they make decisions on how everyone else will live. Those on the inside get what they want. Those on the outside -- well, they get what the big guys want them to have. That's life in the big city.

It's not the worst way to run a city. I know -- I'm from Detroit, which might be better off if it had mayors named Daley for 41 of the last 54 years. But it's not the optimal way to run a national administration, at least if you've promised to bring in a new era of bipartisanship and mutual respect. Even so, it appears to be the way that Barack Obama, who once aspired to be mayor of Chicago, has decided to run his administration.

We can see that nowhere better than on the health care issue. Over the spring and summer, the White House door has been wide open to lobbyists from health care businesses. The doctors' lobby has gotten promises that physician payments won't be knocked down too much. In return, they are expected to lobby for whatever bill the congressional Democrats come up with.

The pharmaceutical firms' lobbyist, former House Energy and Commerce Committee Chairman Billy Tauzin, has gotten assurances that his clients' business model won't be wrecked any more than it already has been by stringent regulation. In return PhRMA is running TV ads for health care reform.

The health insurance companies were on board, too. Until, that is, Senate Finance Chairman Max Baucus presented his bill requiring them to cover anyone who applies but exacting only small fines from healthy individuals who decide not to buy insurance until they get sick. Since this looked like a quick road to bankruptcy, the health insurers' lobby commissioned a study that pointed out, correctly I think, that the Baucus bill would increase the cost of insurance to those who already have it.

The response of the Chicago-style Obama White House was reminiscent of the response of the late Mayor Daley when asked an inconvenient question by a reporter whose father and brother were Democratic precinct committeemen. "Sometimes in the best of families, there's a bad apple," replied Daley, to the bewilderment of reporters from out of town. A bad apple is, in Chicago, a former great friend who is not playing team ball.

So the health insurers have been denounced by White House spokesmen and Democratic congressional leaders as foul fiends and gougers of working families. Prominent Democrats have been talking about revoking insurance companies' exemption from the antitrust laws (granted so that small firms would have access to data needed to compete with the giants). Translated into Chicagoese: Nice little insurance company you got there. Too bad if something happened to it.

The same treatment is being given to Fox News, which according to White House spokesmen, "is not a news organization." "Other news organizations, like yours," Obama consigliere David Axelrod told ABC News, "ought not to treat them that way."

In other words, when Fox breaks the news that the White House green czar is a self-proclaimed "Communist" or that operatives of pro-Obama ACORN have been aiding and abetting child prostitution, other news outlets should spike the story. Or risk being demoted from great friend to bad apple.

Last February, Obama told Fox News (to which I am a contributor), "I don't always get my most favorable coverage on Fox, but I think that's part of how democracy is supposed to work. You know, we're not supposed to all be in lockstep here."

Now we are. Maybe Obama thought everyone in Washington would be his great friend. Having encountered un-Chicago-like dissent and disagreement, he has responded with classic Chicago brass knuckles. We'll see how far this kind of thuggery gets him.