Strangers to Dissent, Liberals Try to Stifle It 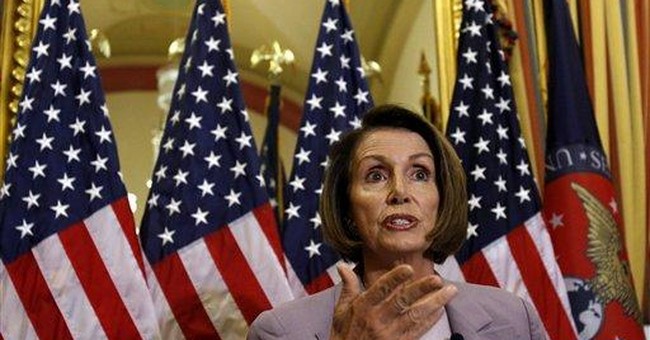 It is an interesting phenomenon that the response of the left half of our political spectrum to criticism and argument is often to try to shut it down. Thus President Obama in his Sept. 9 speech to a joint session of Congress told us to stop "bickering," as if principled objections to major changes in public policy were just childish obstinacy, and chastised his critics for telling "lies," employing "scare tactics" and playing "games." Unlike his predecessor, he sought to use the prestige of his office to shut criticism down.

Now, no one likes criticism very much, and most politicians would prefer to have their colleagues and constituents meekly and gratefully agree with them on pretty much everything. And yes, Rep. Joe Wilson did seem to have broken the rules and standards of decorum of the House (though not of the British House of Commons) when he shouted, "You lie!" in the middle of Obama's speech.

But none of this justifies the charges, passed off as cool-headed analysis, that Obama's critics are motivated by racism. There are plenty of non-racist reasons to oppose (or to support) the Democrats' health care proposals.

I would submit that the president's call for an end to "bickering" and the charges of racism by some of his supporters are the natural reflex of people who are not used to hearing people disagree with them and who are determined to shut them up.

This comes naturally to liberals educated in our great colleges and universities, so many of which have speech codes whose primary aim is to prevent the expression of certain conservative ideas and which are commonly deployed for that purpose. (For examples, see the Website of the Foundation for Individual Rights in Education, which defends students of all political stripes.) Once the haven of free inquiry and expression, academia has become a swamp of stifling political correctness.

Similarly, the "mainstream media" -- the old-line broadcast networks, The New York Times, etc. -- present a politically correct picture of the world. The result is that liberals can live in a cocoon, an America in which seldom is heard a discouraging word. Conservatives, in contrast, find themselves constantly pummeled with liberal criticism, on campus, in news media, and in Hollywood TV and movies. They don't like it, but they've gotten used to it. Liberals aren't used to it and increasingly try to stamp it out.

"Mainstream media" try to help. In the past few weeks, we have seen textbook examples of how MSM have ignored news stories that reflected badly on the administration for which it has such warm feelings. It ignored the videos in which the White House "green jobs czar" proclaimed himself a "communist" and the "truther" petition he signed charging that George W. Bush may have allowed the Sept. 11 attacks.

It ignored the videos released on Andrew Breitbart's biggovernment.com showing ACORN employees offering to help a supposed pimp and prostitute evade taxes and employ 13- to 15-year-old prostitutes. It downplayed last spring's Tea Parties -- locally organized demonstrations against big government that attracted about a million people nationwide -- and downplayed the Tea Party throng at the Capitol and on the Mall Sept. 12.

Actually, "mainstream media" are doing their friends in the Obama administration and the Democratic Party no favors, at least in the long run. Obama comes from one-party Chicago, and the House Democrats' nine top leadership members and committee chairmen come from districts that voted on average 73 percent for Obama last fall. They need help in understanding the larger country they are seeking to govern, where nearly half voted the other way. Instead, they get the impression they can dismiss critics as racist or "Nazis" or as indulging in (as Sen. Harry Reid said) "evil-mongering."

Speaker Nancy Pelosi has warned us that there's a danger that intense rhetoric can provoke violence, and no decent person wants to see harm come to our president or other leaders. But it's interesting that the two most violent incidents at this summer's town hall meetings came when a union thug beat up a 65-year-old black conservative in Missouri and when a liberal protester bit off part of a man's finger in California.

These incidents don't justify a conclusion that all liberals are violent. But they are more evidence that American liberals, unused to hearing dissent, have an impulse to shut it down.

White House Builds a 'Wall'...Around the President
Townhall
Here's video of Capitol Police detaining a man allegedly carrying a firearm at #JusticeForJ6 rally; Was that a badge?
Twitchy
Biden Runs Away to the Beach, but Protesters in Del Rio Won't Let Him Forget
Redstate
Contradictions Gone Viral
PJ Media