Bribing and Blackmailing for Historic Change 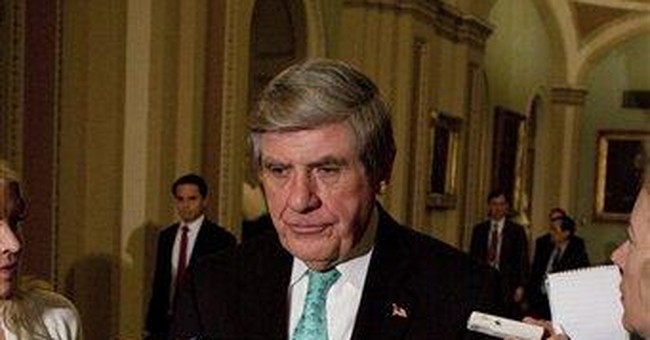 Under cover of darkness the most despicable of crimes are committed. Secrecy and opacity aid the deceitful in accomplishing the deeds they hope will never come to light—the light that demands accountability and justice. And it was in the middle of the night—one a.m. on Monday to be exact—that the United States Senate perpetrated one of its most duplicitous acts by voting to move forward a watered-down but still extremely dangerous healthcare bill.

The last few months of the healthcare debate have unfolded in a haze of backroom deals, taxpayer-funded bribes and outright arm-twisting. Oklahoma Senator Tom Coburn provided the best description of the Congressional goings-on: “This process is not legislation. This process is corruption.”

Corruption is the only way to describe the outrageous behavior on display in the United States Capitol. With seemingly no regard for the honor of their office or the responsibility owed to their constituents, Members of Congress have engaged in acts usually characteristic of banana republic governments. The venal elected officials have sold for pork the Constitution they swore to uphold. Is this the hope and change Americans thought they were getting when they placed their faith and the leadership of their country in Barack Obama?

A complete government takeover or even an expansion of the nation’s healthcare system is certainly historic change—it will impact every aspect of society for generations. Such monumental change should be afforded a lengthy, open debate. Instead, the public is told healthcare must pass immediately in order to save the country. President Obama even used fear-mongering rhetoric that the federal government would go bankrupt without healthcare legislation.

If the healthcare legislation is really so important and if it will truly benefit Americans, then why is it necessary to bribe the people’s representatives? The just and honorable vote never requires a pay-off, at least, not for a legislator who truly represents the best interests of his or her constituents.

Instead of the hallmarks of honorable legislation that will genuinely improve America, the healthcare legislation and the process by which it is being passed are characterized by the sorts of behavior consistent with crime.

There is a humorous anecdote attributed to Sir Winston Churchill in which he asks a socialite whether she would sleep with him for five million pounds. Surprised, the socialite seriously considers the offer and appears inclined to accept. But as she prepares to discuss her terms, Churchill asks whether she would sleep with him for five pounds. Deeply offended, the socialite demands, “Mr. Churchill, what kind of a woman do you think I am?!” To which Churchill responds, “Madam, we've already established that. Now we are haggling about the price.” In the course of the healthcare debate, Congressional politicians have certainly established that they are willing to sell their votes, now it is simply a matter of price.

Louisiana Senator Mary Landrieu actually admitted on the Senate floor that she had received special earmarks for her state. She even corrected erroneous reports that her state would receive $100 million in additional Medicare funding—clarifying that Louisiana would receive the much more respectable amount of $300 million: “I am not going to be defensive about asking for help in this situation. And it is not a $100 million fix, it’s a $300 million fix.”

Bribery isn’t even the worst of the shameful behavior in Congress. Last week it was reported that the White House had blackmailed Nebraska Senator Ben Nelson into voting for the healthcare bill by threatening to close his state’s Offutt Air Force Base. The base, which employs 10,000 people, is home of the U.S. Strategic Command, the location where President George W. Bush spent the uncertain hours following the September 11th attacks. Chicago politics have now reached the highest office in the land.

It is beyond disgraceful to use the nation’s security as a bargaining chip to pass a healthcare bill many Americans will never benefit from, but will certainly pay for. In the end, Nelson’s vote was purchased on the promise that his state would be exempt from paying for Medicare expansion in Nebraska—shifting the burden to the other 49 states.

Secretive meetings, million dollar buy-offs, truncated debate. Is this how history is made?