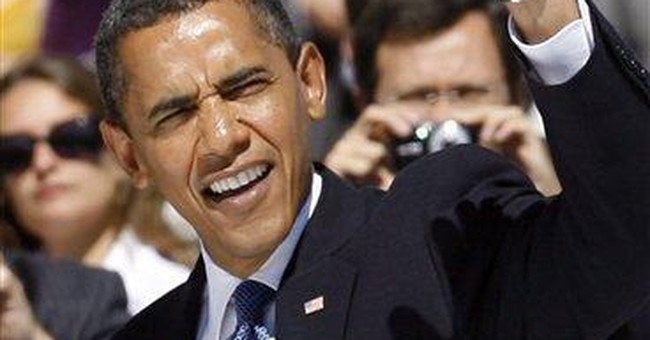 We’re almost seven months into the Obama Administration’s first term and change is certainly occurring at breathtaking speed. In fact, much of the change is taking place too quickly. Stimulus spending, socialized health care and the cap and trade legislation are being railroaded through Congress, with Democrats frantically prognosticating that if we don’t act fast enough, our nation is doomed.

In fact, while Americans are concerned about the current state of our economy, health care system, and government, they would probably prefer slow, deliberative solutions to hasty, haphazard, short-term answers. That is exactly why America’s founders, in their eminent and prescient wisdom, designed a legislative process with innate checks and balances and elongated debate, thus tempering public passion demanding immediate, short-sighted reactions to problems.

The legislative process was crafted to allow for public input through committee hearings, public debate via representatives, and issuance of daily records so that the public can keep tabs on what their lawmakers are doing. But in their haste to transform America’s democratic republic into European socialism or worse, such contemplative processes—especially public oversight—will not benefit Democrats. In order to achieve their goals, laws must be passed and the fundamental structure of government changed with the American people knowing as little as possible.

The first example of this congressional haste was the massive stimulus bill that, now it turns out, didn’t deliver quite as much stimuli as promised. Whoops. As they contemplate stimulus part deux, maybe leaders in DC should take a more measured, slower approach when enslaving future generations with ungodly debt…but let’s not hold our breath in that vain hope.

Just two weeks ago Speaker Nancy Pelosi and her cohorts rammed through the Cap and Trade legislation late on a Friday evening, then hightailed it out of town before Americans could vent their wrath. The undemocratic shenanigans that occurred during the floor debate on Cap and Trade put governments in Venezuela or China to shame. Republicans hadn’t even read the content of the tome-length bill before the vote, and even then they couldn’t physically obtain copies of amendments made just before floor debate. The founders could never have anticipated such irresponsibility as legislators voting on enormous, life-altering legislation without even reading it first. At least there was some pretence of public debate about the stimulus and cap and trade bills. In California, public input in the legislative process is almost nonexistent.

Unfortunately, California is a leader in more than just technology, agriculture and entertainment. California’s Democrat-controlled legislature has become the model for the Democrat despotism growing in the nation’s capitol. The lawmakers in no other state capital could be better described as elitists.

House Republican Leader John Boehner lamented that the cap and trade bill, the most significant legislation in a hundred years, was given a measly five hours of debate. That’s an eternity for debate by California standards.

At a typical committee hearing in Sacramento, support and opposition for any given bill are given approximately ten to fifteen minutes to present their arguments, and those testifying are limited to two or three individuals. If average citizens wish to express their opinion about a bill, regardless of how controversial, they are allowed to simply state their name and hometown for the record.

Granted, for the sake of efficiency, it’s not always appropriate to allow every single individual to speak ad nauseam about a given topic, but to only allow fifteen minutes on proposed policies and laws that will impact millions of lives displays a startling disregard for public input.

Even if one does have the chance to testify at a committee hearing, it may be an unpleasant experience. Citizens who impose upon legislators by actually testifying are often treated with contempt. Last year a Sacramento-area black pastor was at a hearing, asking legislators to carefully consider the impact of environment regulations on poor minority communities. Democrat State Senator Pat Wiggins interrupted his testimony and interjected, “Excuse me, but I think your arguments are bull****.” Stunned, the pastor had no idea how to respond. The Democrat chairman of the committee simply acted as though her peer had said nothing and continued with the hearing.

At a hearing last month on a bill that would establish Harvey Milk Day in California schools, California pro-family leaders who testified in opposition were excoriated and ridiculed by Democrats on the committee. Several Democrat legislators used the hearing, a place where citizens should be welcomed and respected for participating in the legislative process, to publicly deride those testifying as intolerant bigots. Once again, the chairman of the committee allowed the disrespectful, arrogant behavior to continue without any admonishments about decorum or respect. Is it any wonder citizens feel disenfranchised and eschew any involvement in the political process?

California’s representatives in DC are no exception to the elitism rampant amongst that state’s elected officials. Last month Senator Barbara Boxer attempted to humiliate Brigadier General Michael Walsh during a committee hearing at which he testified by commanding him to refer to her as “senator” instead of “ma’am.” The consummate elitist, Senator Boxer was either too ignorant or too arrogant to recognize that Brigadier General Walsh, the consummate soldier, was actually honoring her by using the appropriate military nomenclature when addressing a superior.

Instead of thoughtful, respectful deliberations, our national and state legislatures have become the forums for haste, waste and bad taste. Democrats have put the country on a fast track to disaster and they’ve done it with all the hubris, chutzpah and pretension that marked the regime the Founding Fathers wanted to replace, not the one they wanted to create. Welcome to democracy, Democrat style.