No Citizenship Proof Required for Voter ID at DMV?

M.D. Kittle
|
Posted: Feb 02, 2020 12:01 AM
Share   Tweet
The opinions expressed by columnists are their own and do not necessarily represent the views of Townhall.com. 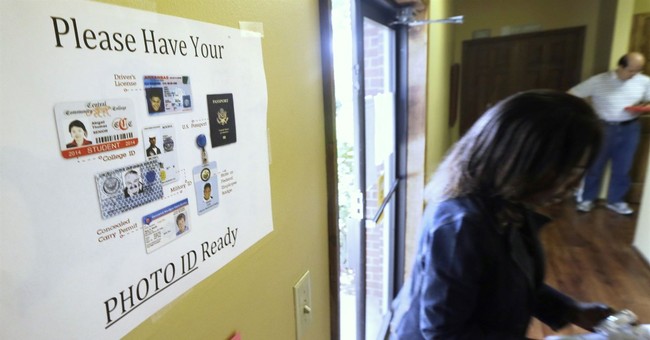 MADISON — The Wisconsin Department of Transportation wants everyone to know that getting a free ID for voting is easy.

“If you don’t have all or any of these, you can still get an ID for voting,” the web page assures.

Really? Even if you don’t have proof of U.S. citizenship and Wisconsin residency? The policy language seems to suggest as much, and the confusion has raised some concerns.

But DMV officials insist that non-citizens applying for voter ID will not receive a card, and will not be allowed to vote. Applicants are asked to bring to the DMV office whatever documentation they may have. They are then asked to fill out two forms. Those who are cleared to vote will receive a photo ID document in the mail that they can use in time for voting.

The onus is on DMV investigators to track down the applicant’s qualifying voter ID documents. All that legwork is compliments of activist courts that demanded layers of “protections” in Wisconsin’s voter ID law. In so doing, they made the DMV the de facto Wisconsin Elections Commission.

Sen. Steve Naas (R-Whitewater) was on the legislative committee that dealt with the court-ordered requirements. The idea was to protect voters — most often elderly voters — who may not have a birth certificate or other key identification.

“In two cases I know, the courthouse where the birth certificate was burned down,” said Nass aide Mike Mikalsen. “What that language (on the DOT website) entails is what the court requires, that it’s not on citizens to hire detectives and investigators to dig up that material … The staff at the DMV goes through and tries to verify and backtrack that information.”

It can be a very time-consuming process. But is every DMV investigator so dedicated to verifying voter information?

A state government employee with inside information on the process tells Empower Wisconsin that there’s no way to truly test that diligence. While Republican Gov. Scott Walker made voter ID a key part of his tenure in office, his successor, Democrat Gov. Tony Evers has proposed driver’s licenses for illegal immigrants and last year he issued an executive order requiring the DOT to make a plan to increase access to DMV facilities that distribute voter ID cards.

“It’s not the DOT, it’s the courts that mucked this up,” the government insider said. And Evers’ policies could weaken voter integrity protections further.