M.D. Kittle
|
Posted: Jan 09, 2019 12:01 AM
Share   Tweet
The opinions expressed by columnists are their own and do not necessarily represent the views of Townhall.com. 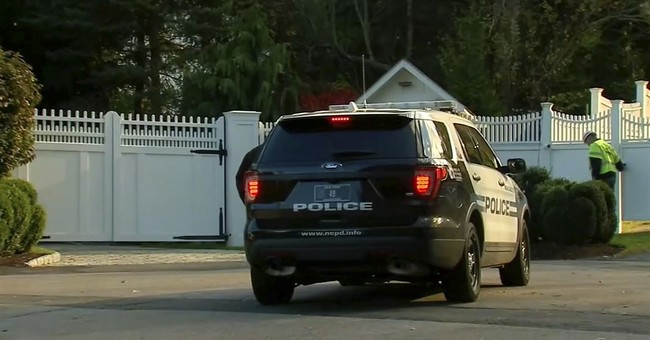 MADISON – The state Department of Justice’s expanded investigation into the bureaucrats behind Wisconsin’s unconstitutional “John Doe II” probe has quietly ended more than a year after a bombshell report suggested a controversial state agency had been weaponized “by partisans in furtherance of political goals.”

“I have learned that we live in a nation ruled by men, not by laws,” said conservative activist Eric O’Keefe.

Whatever evidence DOJ investigators have uncovered is now sealed in a Brown County Court. Outgoing Attorney General Brad Schimel, it appears, will have no further bombshell reports to issue.

“The DOJ investigation is closed, and all materials gathered or related to the investigation are now being filed with the John Doe Judge. It will be his decision on whether to take further action,” said Johnny Koremenos, spokesman for the Republican attorney general, whose term ended Monday.

Under the John Doe secrecy order, the public doesn’t get to view the case documents.

Neither does Schimel’s successor, Democrat Josh Kaul, a critic of Schimel’s investigation into the John Doe investigation and at least a tacit endorser of the original political probe into dozens of conservative organizations. That’s good news for conservatives concerned about what the liberal Kaul might do once he takes over the DOJ.

But it appears the prosecutors and the government bureaucrats that made life hell for innocent citizens for so long will never be held accountable for their conduct, sources tell MacIver News Service.

“It’s all over,” a source with knowledge of the case said. “Basically this (the status of the case) is no longer in a state of people being held accountable, people being punished.”

The source said John Doe Judge Kendall Kelley, the fifth judge in more than six years to oversee the legal mess, has been anxious to close out a case the state Supreme Court effectively dumped on him nearly a year ago.

It appears unlikely, the source said, that the judge will hold in contempt of court nine agents of the politically motivated John Doe probe, as recommended by Schimel.

It appears the prosecutors and the government bureaucrats that made life hell for innocent citizens for so long will never be held accountable for their conduct.

And Shane Falk, former staff attorney at the now-defunct state Government Accountability Board, has yet to face sanctions nearly a year after Schimel recommended possible discipline.

“We have not filed a disciplinary complaint against Shane Falk. There is no record of public discipline,” a spokesman at the Wisconsin Court System’s Office of Lawyer Regulation told MacIver News Service last week. The official said he could neither confirm nor deny whether the agency has investigated Falk’s conduct.

In the report, Schimel said it appeared agents at the Government Accountability Board, the state’s former “nonpartisan” political speech regulator, behaved in a most partisan way and mishandled court-sealed John Doe documents.

“Moreover, DOJ is deeply concerned by what appears to have been the weaponization of GAB by partisans in furtherance of political goals, which permitted the vast collection of highly personal information from dozens of Wisconsin Republicans without even taking modest steps to secure this information,” the report noted.

The GAB was disbanded by the Republican-controlled Legislature in 2015 following revelations about the agency’s leading role in the abusive John Doe – launched in 2012 by Milwaukee County District Attorney John Chisholm, a Democrat.

Wisconsin’s longstanding John Doe statute — which allow judges in the secret proceedings to compel witnesses to testify to determine whether crimes were committed — was also amended by the Legislature. No longer can the probes, described by critics as modern-day star chambers, be used to investigate allegations of political crimes.

John Doe agents effectively conducted a spy operation for years, secretly grabbing up millions of digital records from Republicans who had no idea they were being targeted in the Democrat-led dragnet.

John Doe agents effectively conducted a spy operation for years, secretly grabbing up millions of digital records from Republicans who had no idea they were being targeted in the Democrat-led dragnet. The agents capped it off in October 2013 with coordinated, predawn, armed raids on the homes of several conservative Wisconsinites. Many were forced to sit by while law enforcement officials rooted through their possessions in the name of a campaign finance paper investigation. They faced jail time and hefty fines if they spoke publicly about the investigation.

“What John Chisholm ran was a professional bullying operation, abusing people under color of law because of their political affiliation,” said Eric O’Keefe, a conservative activist who was targeted in the John Doe probe. So, too, was his advocacy group, the Wisconsin Club for Growth. Despite the secrecy order, O’Keefe fought back — very publicly.

“It had the support of the Democratic establishment in Wisconsin, from (Supreme Court justice) Shirley Abrahamson to the Democratic legislators and their media supporters,” he said.

In July 2015, the conservative-led state Supreme Court declared unconstitutional the so-called “John Doe II” campaign finance investigation, ordering it shut down. The majority opinion stated the probe’s special prosecutor perpetrated a “perfect storm of wrongs” against innocent people who had legally engaged in the political process.

Schimel launched an investigation into leaks of sealed John Doe court documents to a liberal British publication in September 2016. The DOJ investigation concluded that the leaks likely came from someone at the Government Accountability Board. The GAB held on to hundreds of thousands of private emails from Wisconsin conservatives.

Schimel’s report found that GAB agents, John Doe special prosecutor Francis Schmitz, and Milwaukee County DA prosecutors and investigators mishandled the documents that they illegally seized from scores of conservative citizens and others who were indirectly swept up in the probe. Some private emails, including some from state Sen. Leah Vukmir (R-Brookfield), were contained in folders titled, “Opposition Research,” and important files related to the investigation went missing.

The wider, second John Doe probe, grew out of Chisholm’s secret 2010 investigation into the Milwaukee County Executive’s office, at the time led by then Republican candidate for governor, Scott Walker — the Democratic Party’s Public Enemy No. 1.

Chisholm and his friends at the GAB boasted about the six convictions they netted, but only two were related to the original reason for the John Doe probe: a discrepancy in a county veterans fund. In fact, that discrepancy was first reported to the Milwaukee County DA by Walker’s chief of staff.

“The official purpose of the first ‘investigation’ was amended 17 times by John Doe Judge (Neal) Nettesheim, who operated with rubber-stamp approval of whatever the prosecutors asked,” O’Keefe said. “In thousands of hours researching every aspect of John Doe I and II, my team never discovered any actions taken in the public interest.”

“The goal was the crippling destruction of Scott Walker,” O’Keefe added. “The means were not only unconstitutional; they were uncivilized.”

Chisholm used the hundreds of thousands of electronic communications his investigators seized – including reams of private emails – to seek a second John Doe. This time, the district attorney’s office, with the help of the very willing Government Accountability Board, set its sights on just about every right-of-center group in Wisconsin. The probe investigated the prosecutors’ unfounded theory that conservative organizations illegally coordinated with Walker’s campaign during the bitterly partisan recall elections of 2011 and 2012.

With the quiet submission of the DOJ’s findings to the closed-door John Doe court, the full story may never be known.

In his 2017 report, Schimel asserted that the prosecutors and partisan bureaucrats were bent on a mission “to bring down the Walker campaign and the Governor himself.”

The findings spurred Republican lawmakers to call for the resignations of top officials at the GAB’s successor ethics and elections agencies, the latter led by a former Democrat aide who was integrally involved in the second John Doe probe. Republicans on the Senate’s Organization committee directed Schimel to expand the DOJ’s investigation into the GAB.

“There is enough evidence that GAB staff were acting incompetently at best, and criminally at worst, in the years surrounding the recall elections of 2011 & 2012,” Senate Majority Leader Scott Fitzgerald (R-Juneau) wrote in a letter to Schimel. “It is of the utmost importance that we ascertain exactly what the GAB board, leadership, and staff were doing, and when, and what their motivations were.”

With the quiet submission of the DOJ’s findings to the closed-door John Doe court, the full story may never be known.

At the very least, the court is moving to finalize the disposition of the millions of documents and other materials seized in one of the darkest chapters in Wisconsin’s history.

“The court is making sure that the materials are returned or destroyed so that no one can go back to try to re-victimize the people who are doing their best to try to put all of this behind them,” the source familiar with the case told MacIver News. An order of final disposition is expected to be issued later this year.

“Wisconsin’s former John Doe law was not the main problem.  The immense power of prosecutors, the judicially created immunity for prosecutors are big parts of the problem,” the conservative activist said. “Another problem has been the accumulation of laws, which allow prosecutors ever more ways to investigate and over-charge anyone.”

“I have learned that we live in a nation ruled by men, not by laws,” he said.