The Liberal Media Finally Gets a Mass Shooting They Like

Matt Vespa
|
Posted: May 17, 2022 12:01 AM
Share   Tweet
The opinions expressed by columnists are their own and do not necessarily represent the views of Townhall.com. 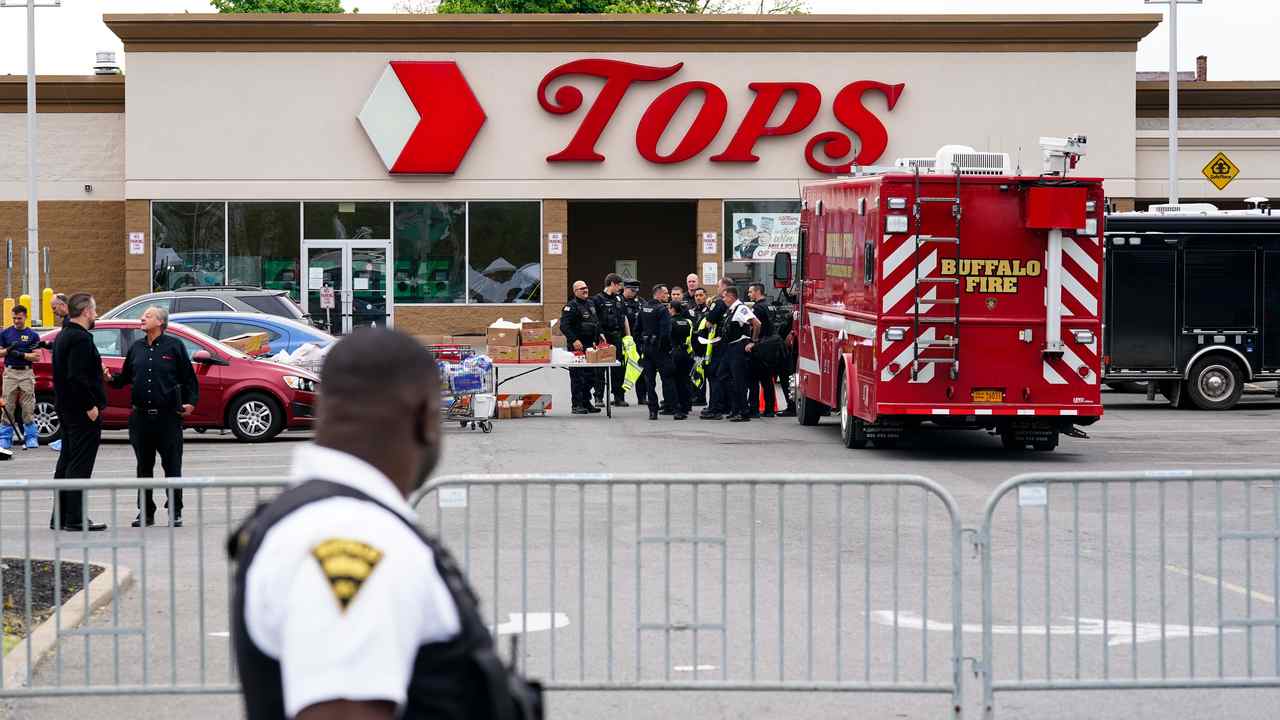 Payton Gendron is now infamous. He's a killer. He's a crazy person. He's a garbage human being. He's the reported white supremacist who shot and killed 10 people at Tops Friendly Market in Buffalo, New York. He targeted the area due to its high black population. He reportedly wrote a 180-page manifesto loaded with racist nonsense. And he picked this location due to its gun laws as well. He knew his victims would be unarmed.

Much like the Aurora shooter in 2012, Gendron picked a location where he knew it would be a shooting gallery; New York is one of the most anti-gun states in the country. I know I'm preaching to the choir here, but don't expect much factual reporting on this tragedy. It's all weaponized narratives aimed at trying to keep Joe Biden and his Democratic Party from being rolled in November. It's May—this story won't have that sort of lasting power to impact the election.

We're on the cusp of a recession. Even with the Supreme Court leak, where a draft opinion on the Dobbs case shows Roe v. Wade being overturned, the Democrats are still going to lose. Yet, for now, the liberal media can breathe a sigh of relief. They can expound on the existential threat that doesn't exist: white nationalist-based terrorism.

Yeah, last time I checked, when it comes to terrorism, radical Islam is by far a greater threat. They've declared their intention to destroy the United States. They've committed eons more mass casualty events, the 9/11 attacks being the most devastating. Yet, the "woke" left is afraid of white people. They hate white people. And now that a white person has committed a heinous mass shooting, they can recycle the same garbage talking points and re-hash their "all conservatives are like this" narrative.

The past few mass shootings have not fit the narrative. The New York Subway shooter was black. Notice how that story vanished into the Bermuda triangle.

The 2021 shooting in Boulder, Colorado, was committed by Ahmad Al Aliwi Al-Issa, a Syrian.

And remember the Waukesha attack in 2021? I know a lot has happened since then, but to recap, six people were murdered by Darrell Edward Brooks Jr. Unlike this Buffalo shooting, Joe Biden never went there after the attack. Again, Mr. Brooks is not white, so the story quickly suffered a quick media death.

. @JoeBiden never came to Waukesha. RT this picture so it never gets forgotten. pic.twitter.com/x88WRDhjwm

The car still did it according to Twitter publishing. This is called proving the point. pic.twitter.com/C2R2wW9xbd

This one will remain in the cycle for quite some time. Again, the liberal media has a mass shooting they think can be weaponized against the right. They will push hard, like always, and like the Toronto Maple Leafs in the first round of the NHL playoffs—they'll fall short.

Gendron is a weird dude. He calls himself a racist eco-fascist but also wouldn't be opposed to being labeled a socialist. Somehow this is a man who represents mainstream conservatism. Somehow this is the fault of Fox News. He's quite adamant that he hates conservatism and Fox News in his manifesto, but you'll only glean that from reading it, which the liberal media won't do. They have a narrative to feed; facts be damned.

The Buffalo shooting is an evil act. It's disturbing. It should obviously be condemned, but the extra ghoulish layer to this crime is the left jumping for glee that the shooter is white and that this crime can be used as political ammunition. They finally found a mass shooting they like.

No, new gun control laws won't be passed. No, Fox News won't be censored. The First Amendment is quite clear. No, this won't save Joe Biden and the Democrats from defeat in November. I'd hit the "mute" button for a bit with this story, but it's nothing you haven't heard before. It'll pass but not before the usual suspects spew abject nonsense all over the place.