Matt Vespa
|
Posted: Jan 25, 2022 12:01 AM
Share   Tweet
The opinions expressed by columnists are their own and do not necessarily represent the views of Townhall.com. 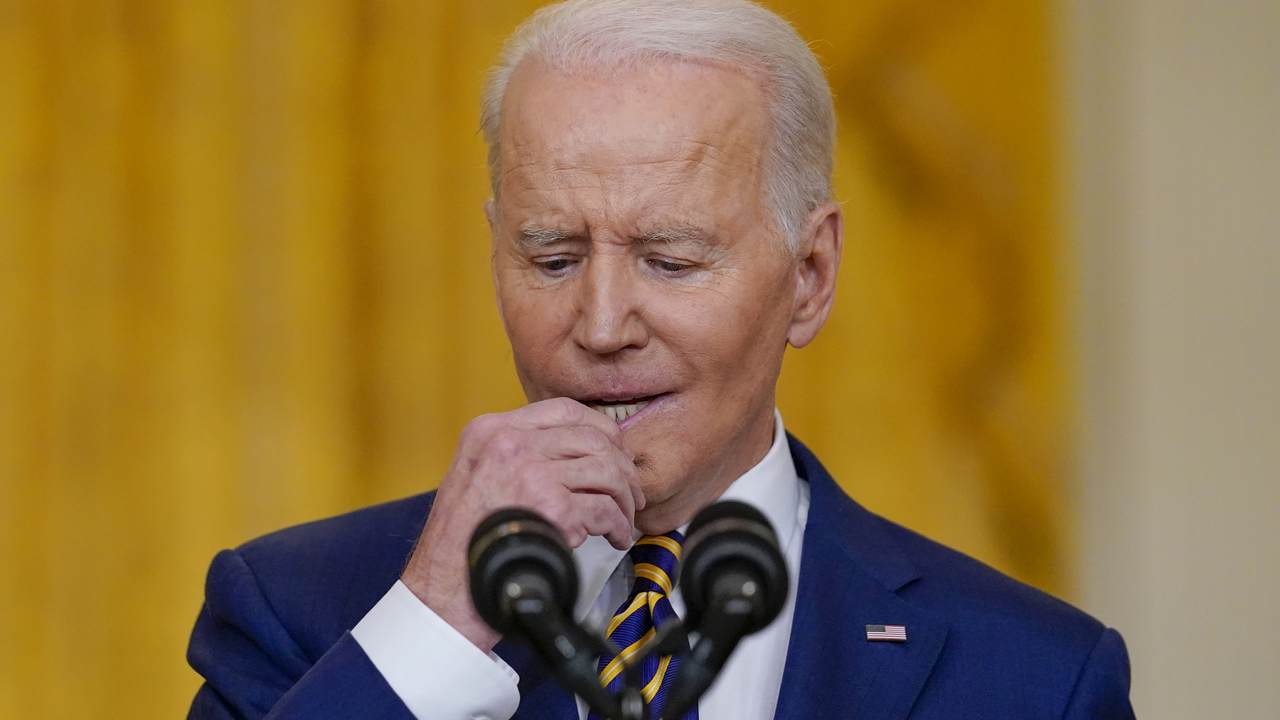 We're heading for a war in Eastern Europe, aren't we? I mean, Joe Biden all but gave the green light. It wasn't necessarily a Dean Acheson moment, where the late secretary of state forgot to mention South Korea and Taiwan as being part of the US' "defensive perimeter" in the Cold War era. Communist North Korea saw that as the "okay" sign to invade, sparking the Korean War. Biden's people did clean up that trip-up, but the damage was done. In last week's presser, Biden was quite clear initially that our response would depend on the size and scope of the invasion and that Putin was probably going to invade.

Biden's America is always in retreat, always weak, and utterly incompetent. If I were Putin, I'd roll into Kyiv right now. Putin has to be thinking, "This guy can't stop me. He won't do anything. And Ukraine is not a NATO country. We already mess with the nation's internal politics. We've been doing so for years, and we annexed Crimea in 2014, and virtually the same people did nothing."

Now, Biden is mulling the deployment of thousands of troops and trying to get Americans out of the country. Is Europe following suit? No. They've learned.

First, I can't believe the sequel to this shambolic foreign policy is being distributed so soon. In two years, the Biden administration might clinch a record in losing two countries. Two embassies lost. He already left Americans behind in Afghanistan. He seems primed to do the same in Ukraine. Better yet, it's the same message: "I hope you can make it to the airport."

Meanwhile, the European Union isn't evacuating anyone while negotiations are ongoing. They're not going to follow this dementia-riddled guy again. Biden screwed the British on Afghanistan with fake assurances that a security force large enough to protect Kabul would remain. That lasted about 30 seconds. Europe thought that Joe Biden was a foreign policy ace until the Afghanistan fiasco. It's prudent that they hang back and do exactly the opposite of what Joe Biden does in this situation.

In the meantime, Joe Biden is facing brutal numbers regarding his presidency. Americans are not saying they're better off. Job creation reports have been anemic. We have a supply chain crisis; grocery stores have bare shelves. Inflation is through the roof. Afghanistan is a mess. We're on the verge of armed conflict in Ukraine. His approvals are in the 30s or 40s, depending on what liberal media outlet is reporting on this story. He's no longer seen as a competent leader. That's from NBC News. What better way to change the story than, say, stoke the war flames in Ukraine? It's "Wag the Dog," which isn't good.

For those who missed this great film starring Dustin Hoffman and Robert De Niro, it's about a US president who is about to be hit with a sexual misconduct scandal involving young girls who are part of a fictional girl scout-like organization. Two weeks before Election Day, an operative, played by De Niro, solicits the help of a movie producer (Hoffman) to produce a fake war with Albania.

The difference is that even in this fictional universe, De Niro wasn't dumb enough to stoke the war flames with Russia, a nation that has nuclear weapons. What are we doing here? I will bet heavily that we're not going to deploy troops. Evacuations will be a train wreck. And the UK will be the point persons who cool things down, not us. I thought competence was back, that the adults were in charge. America was back, right? No, sir.

America has been trashed by this Delaware dolt…in less than two years.