Matt Vespa
|
Posted: Feb 23, 2021 6:00 AM
Share   Tweet
The opinions expressed by columnists are their own and do not necessarily represent the views of Townhall.com. 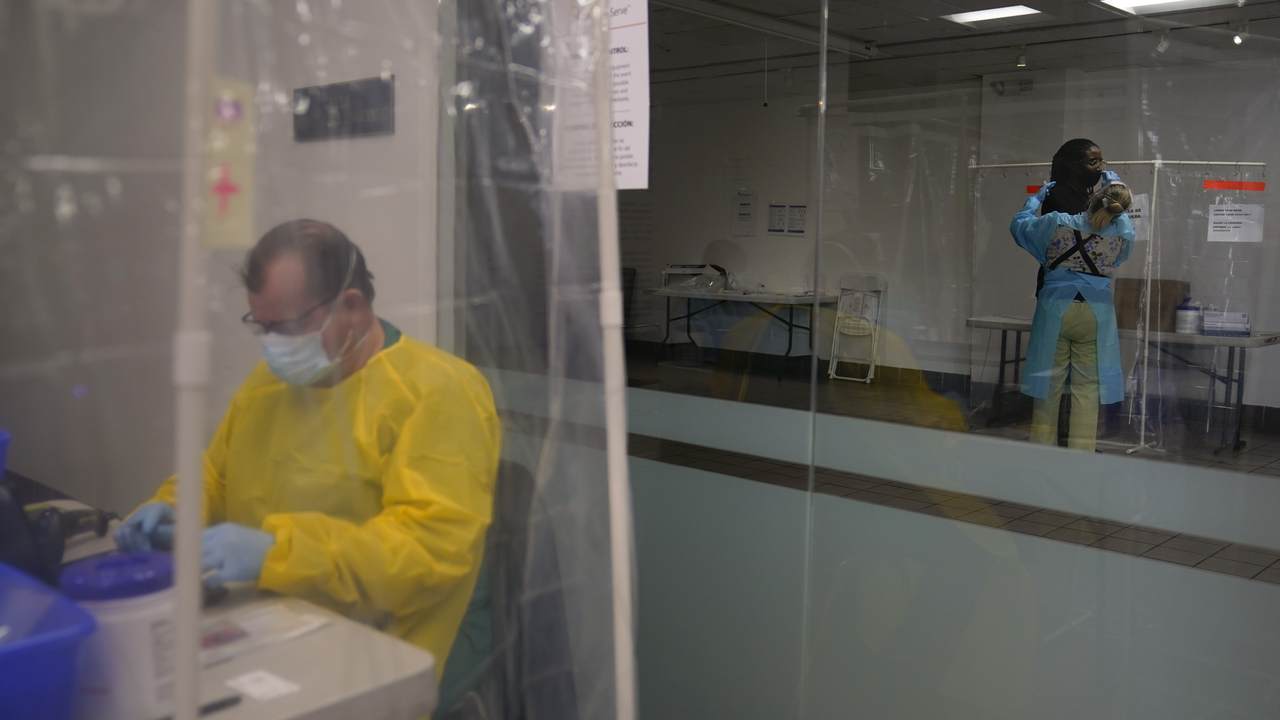 I’m sure many of you already knew this, but as we look to the defenses and fear the worst from this administration and the health care professionals they’ve installed as a de facto French Directory, we can see the Biden White House is finding out just how hard this whole COVID debacle truly is. The Biden administration's recommendations, which have only propped up the COVID lockdown regime, have done more damage than any guillotine ever could. As we count the dead, the American Dream has become infected with COVID — and she remains in the ICU. The right to earn a living is now under threat. That’s the covert war being waged here, and if we know anything about wars, it’s that government powers become enormous when wartime conditions are declared.

When will we get back to normal? The experts don’t know. The Biden administration, unable to even get school reopening done right, isn’t rolling the dice on this one either. The expert community probably knows but is afraid to say. In the Wall Street Journal this week, Marty Makary, a professor at the Johns Hopkins School of Medicine and Bloomberg School of Public Health, wasn’t afraid to offer a projection. By April, COVID will largely vanish. We might have herd immunity. He noted the massive drop in COVID cases, which stands at a 77 percent decrease over the past six weeks. With the infection fatality rate standing at around 0.23 percent in the US, he summarized that two-thirds of the population has already contracted the virus and has obtained immunity from it. Natural immunity is also not taken into account and you cannot get a true picture of it through testing alone. Makary urged public health officials to not bury or obfuscate the data. This is good news. It’s great news. Even in nations where there are new variants, cases are still dropping.

For normal people, this is great. For the COVID Nazis and Democrats, it’s terrible. It means their emergency decrees will come to an end. And then there are the teachers' unions, which are just outright lazy. They don’t want to go back to work. Not even Joe Biden can save them, as he admitted that kids are the safest group: they seldom contract it or spread the virus. In Northern Virginia, teachers here cut the line to get the vaccine, yet they still won’t work. And teachers, being major players in the Democratic Party base, are killing the Biden White House’s school strategy. It’s safe to reopen. This is the only area where the experts have been right since day one.

And now, we’re dealing with this science fiction that even if you get the vaccine, you can still spread the virus. We have the double-masking nonsense that has no real-world applicability. The study supporting it explicitly said so and the test subjects were mannequins. Oh, and now Dr. Anthony Fauci says that if a family is vaccinated, they can hug each other. Also, people who are vaccinated could curb the spread of this disease to those who aren’t. YES.

Why is it that we’re treating this virus as if it’s the first of its kind? We’re acting as if Hanta, Ebola, the Black Death, and other pathogens never existed. We have vaccines. They stop the spread. That’s how this works. Who didn’t know that a vaccine is effective in curbing viral spread? You don’t need to be a medical expert to know this. The pervasive reversals, the condescension, and the nakedly political power grabs have killed the expert class. Even now, they still peddle the line about masks working, though they keep leaving out a key part: It’s effective when speaking about custom-fitted masks which no one has, and we don’t have the capacity to give everyone a custom-fitted mask. I will always circle back to California. They had a near-universal compliance rate on their mask mandate and still had one million cases in six weeks over the holidays. Do masks work? I’ll let you debate that, but even the Danish are seeing how masks are not as effective as the liberal media would have us think.

Bars, restaurants, hair salons, and gyms are not major factors in COVID spread. All are responsible for less than 2 percent of new COVID cases in New York. So, why are they still closed? (via NY Post):

Nearly one year after the COVID-19 pandemic hit New York, parts of the Big Apple look more like ghost towns, lined with shuttered storefronts, empty office buildings and businesses teetering on the edge of closure.

Now industry leaders and struggling store owners are calling on the city and state to turn things around — before it’s too late.

“But you’re going to see a lot of unhappy people and a lot of empty storefronts.”

I bear some responsibility here. I supported the initial lockdowns, as did Trump, when the markets were crashing, and we didn’t know anything about COVID at the time. There’s still a lot we don’t know, but the draconian lockdown protocols aren’t working and need to go. That’s been clear since last summer. I didn’t abide by my own rule: never give the government an inch because they’ll take several hundred miles. Well, here we are with a half braindead president, no Trump, and an emergency ethos that is killing jobs, our rights, and the American Dream.

Maybe that’s what liberal America wanted all along. A diminished America on the world stage is what they want no matter how much they claim otherwise. How do you think you get a multipolar world in international affairs here? You have to have a controlled burn inside your own city to diminish its standing, especially regarding its economic capacity. With the Left urging a minimum wage hike, there’s no way those jobs lost to COVID are coming back. Maybe that’s the point. Democrats saw COVID as a way to kill Trump politically. It worked. Now, they want it to squeeze out working Americans in an effort to kill populism, which has been on the rise on both sides of the aisle.

The political class knows the people can eat them. They have to starve this beast. What better way to do that than by ensuring these people have no paychecks? Though, I could argue that by giving a man no options, the situation could become much more volatile.

This is what the people supposedly wanted. Fight where we can, concede on some other stuff, but let this White House crash and burn on COVID. The school reopening fiasco is surely going to have a sour reception among suburban moms. Let the Left hang themselves here. It’s bound to happen since Democrats can’t take a piss without the teachers' unions blessing on this one.