With Trump Impeachment Push, It Looks Like Cocaine Mitch Could Suffer an Overdose

Matt Vespa
|
Posted: Jan 23, 2021 2:45 PM
Share   Tweet
The opinions expressed by columnists are their own and do not necessarily represent the views of Townhall.com. 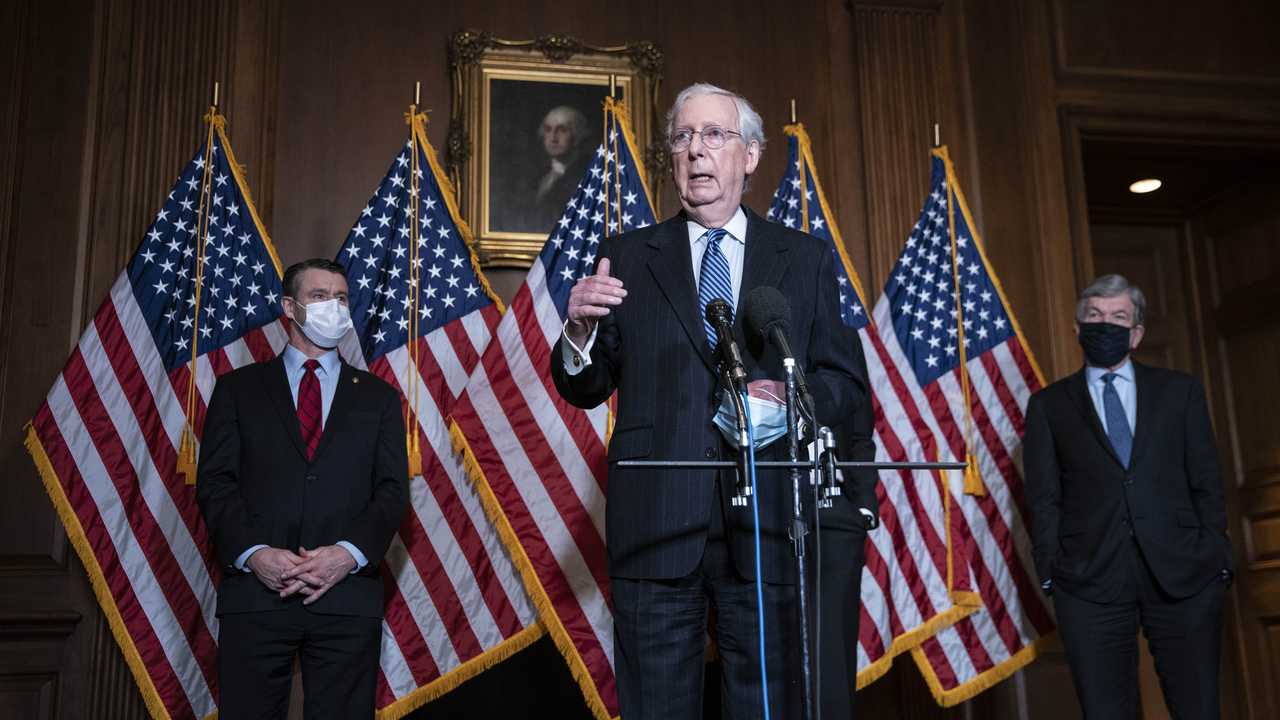 Sen. Mitch McConnell (R-KY) was a grim reaper on Democratic legislative action items. He helped the Trump White House get judges through. He held firm to ensure a solid conservative majority on the Supreme Court was obtained. He got the Trump tax cuts passed, the largest in history, which led to job growth that Barack Obama could only dream about. Small business and consumer confidence levels also hit their highest marks in years. Without COVID mucking things up, the markets liked Trump. The reduction in the corporate tax rate allowed companies like Apple to repatriate nearly $40 billion in offshore assets to be spent here in America. All of these were Trump administration priorities. And now, Leader McConnell could vote to convict the former president on inciting a riot and insurrection charges drafted by the Democrats.

January 6 will be a date that the liberal media and the Democrats will rehash a lot, as it was the day a riot engulfed Capitol Hill when Congress was certifying the 2020 Electoral College results. Pro-Trump protesters stormed the US Capitol. Five people died. It led to Democrats drafting articles of impeachment even though we have possible evidence that this riot was pre-planned. How could Trump incite a pre-planned incident? Regardless, this was going to happen. And McConnell is reportedly not opposing this current impeachment push.

He’s also furious with Trump, blaming the former president for losing the GOP majority in the Senate. He has not yet said where he’ll land on impeachment. He’s being coy. If he wants Trump purged from the party, then conviction is the route to go. You convict Trump and then bring up a separate motion, which only requires a simple majority to bar him from running for president again. Right now, the two-thirds threshold for conviction is about a dozen votes shy, but Cocaine Mitch offers some political cover — allegedly.

Why Mitch? Either he knows the numbers and doesn’t care, or he doesn’t know. This is a sure-fire way to kill GOP chances of retaking Congress in 2022. You cannot purge Trump from the Republican Party. He is the party. The vast majority of GOP voters are still MAGA proud, with nearly 40 percent being true die-hards. The base isn’t moving away from Trump. Any dips that occurred after January 6 are easily recoverable in the coming months. One thing is clear: the base is done with the inside the beltway elite and operative class that generated milquetoast presidential candidates.

You cannot win elections when you make moves that drive nearly 40 percent of the base to revolt. This is one of those moments. If Mitch decides to shack up with Democrats on this impeachment move, the 2022 midterm season is dead. In the House, Rep. Liz Cheney (R-WY) did a conscience vote and voted for impeachment. Now, more than half of the GOP caucus wants her to relinquish her leadership position. Lady, in your state, more people voted for Trump than you. That’s an easy reading of the tea leaves.

McConnell isn’t one to make bad decisions. You may not agree with his positions, but strategically, he’s seldom tripped over his own feet. This is more than that; it’s a trip into the political abyss. Cocaine Mitch is at risk of overdosing with this impeachment nonsense and I hope he knows what is at risk, what the Republican Party could lose if he decides to hop into Schumer’s camp.

Mitch, don’t do it. I’ve said this before, but there isn’t much difference policy-wise regarding Trumpism and traditional Reagan Republicanism. Both want job creation, conservative judges, lower taxes, fewer regulations, a strong national defense, people off food stamps, and blocking the far-left pie-in-the-sky action items that would wreck the economy. On the big-ticket items, there is a lot of overlap. It’s not some otherworldly attachment here. On personality, well, there are differences and people are just going to have to deal and accept that Trumpism is here to stay, and purging it will cause more harm than good to the GOP. To the more establishment wing, if you just did your job in years past, maybe there wouldn’t be legions of right-leaning populists keeping you in check. Primary challenges are coming for the pro-impeachment Republican congressional members who sided with Democrats on this move that at its foundation is the basis for criminalizing political speech liberals hate.

These challenges should be executed without mercy. As for Cocaine Mitch, don’t overdose. There’s more to lose here than you think — believe me.

BONUS: How Mitch got that moniker...and embraced it fully.