Matt Vespa
|
Posted: Jan 05, 2021 12:00 AM
Share   Tweet
The opinions expressed by columnists are their own and do not necessarily represent the views of Townhall.com. 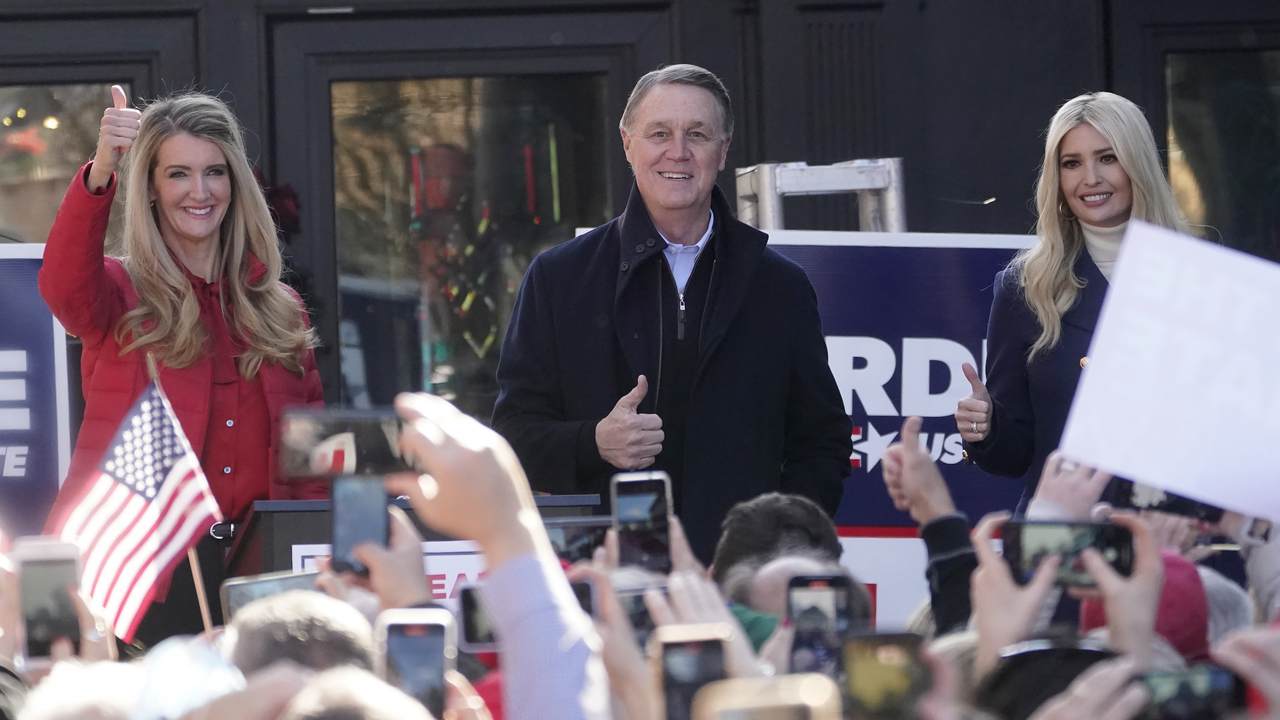 I've mentioned my affinity for Stonewall Jackson. Yeah, you read that right. In fact, there are scores of Confederate generals that are worthy of being studied. The Confederacy had some of the best officers this nation ever produced, especially Jackson. His flank march and routing of a greater Union force at Chancellorsville was tactical perfection. It’s been considered as Lee's Austerlitz. On the Union side, I like William Tecumseh Sherman, who is famous for saying, "War is hell." That axiom was applied to how he conducted war: brutally. After taking Atlanta in 1864, he began his famous, or infamous, March to the Sea, a 50-mile wide swath of total destruction that stretched from the city all the way to Savannah.

Savannah was Abraham Lincoln’s Christmas gift that year. The march accelerated the end of the American Civil War and struck at the heart of the Confederate war effort, especially when it came to the destruction of railroads. Sherman vowed to make Georgia howl. That can happen again today. Right now, the polls in Georgia are open to decide who controls the Senate.

GOP Sens. Kelly Loeffler and David Perdue face left-wing clowns Raphael Warnock and Jon Ossoff in the runoffs today. Perdue is in quarantine due to possible exposure to COVID, but the 2020 presidential election results are still fresh in GOP voters' minds. We're still dealing with the allegations of voter fraud. Some GOP voters are unhappy with the lack of aggressiveness during the legal phase of this election. It didn’t pan out. For starters, its execution from the Trump campaign had much to be desired. Sidney Powell, who did an ace job in exposing the political assassination of Michael Flynn, went off the deep end with her legal challenges. Virtually every single one was shot down by the courts. Those that made it to a hearing, like in Nevada, were quickly shot down.

There's talk of sitting this election out by GOP voters to teach the Republican leadership a lesson. What lesson? They're safe and sound. All that happens with Warnock and Ossoff winning is a Democratic Senate, the end of the legislative filibuster, high taxes, no jobs, and the makings of a national gun confiscation effort. Remember Kamala Harris wanted to do the latter by executive order. You don't think she'd be pushing for this hard behind closed doors with Joe Biden? Burning down the house to teach the GOP leadership a lesson is worthless when the structure is rebuilt in a socialists' image. A few years ago, I'd agree with a slash and burn to teach the party a lesson. Not now. Not with the left-wing takeover of the Democratic Party, we're now witnessing. They'll never give up power. You all know this. This isn't your parents' Democratic Party. The JFK days are gone. It's the Fidel Castro era.

They're not the best or the Trumpiest of Republicans, but they're Republicans, nonetheless. And any Republican is better than a Democrat any day of the week. We have to win at least one of these races. We have to hold the line. Making Georgia howl is what we need to do to chop block the Biden White House at the knees. It's to smash this aura that Stacey Abrams' voter integrity effort is legitimate. It's building a GOP firewall against the Democrats' insane agenda and ensuring Biden doesn't pick true pinko commies as cabinet secretaries. It could curb Biden's political capital immensely and end his ability to effectively wage legislative war by having to water down and moderate on some things. The progressive Left will not like that. The GOP treads water until 2022, when it makes its big push in promising congressional investigations into the 2020 voter fraud allegations and maybe Hunter Biden. That must be a 2022 campaign promise from the GOP. Even after this runoff, the base is still furious over the funny business in Georgia, Arizona, and Pennsylvania. The best revenge right now is ensuring that Biden is a caretaker president, setting the stage for a GOP takeover of Congress in the midterms. Let's reduce and curtail Biden's ability to make political war by making the Peach State howl again.

I know it's hard to get excited after the national results did not play out as we wanted, but let's shore up the Senate and revisit the national for a little later only because today is Election Day.

Be sure to follow our own Reagan McCarthy for on the ground updates today.