The Media Failed to Make Trump's COVID-19 Response His 'Katrina,' So Now They're Peddling This Appalling Narrative

Matt Vespa
|
Posted: Apr 07, 2020 6:00 AM
Share   Tweet
The opinions expressed by columnists are their own and do not necessarily represent the views of Townhall.com. 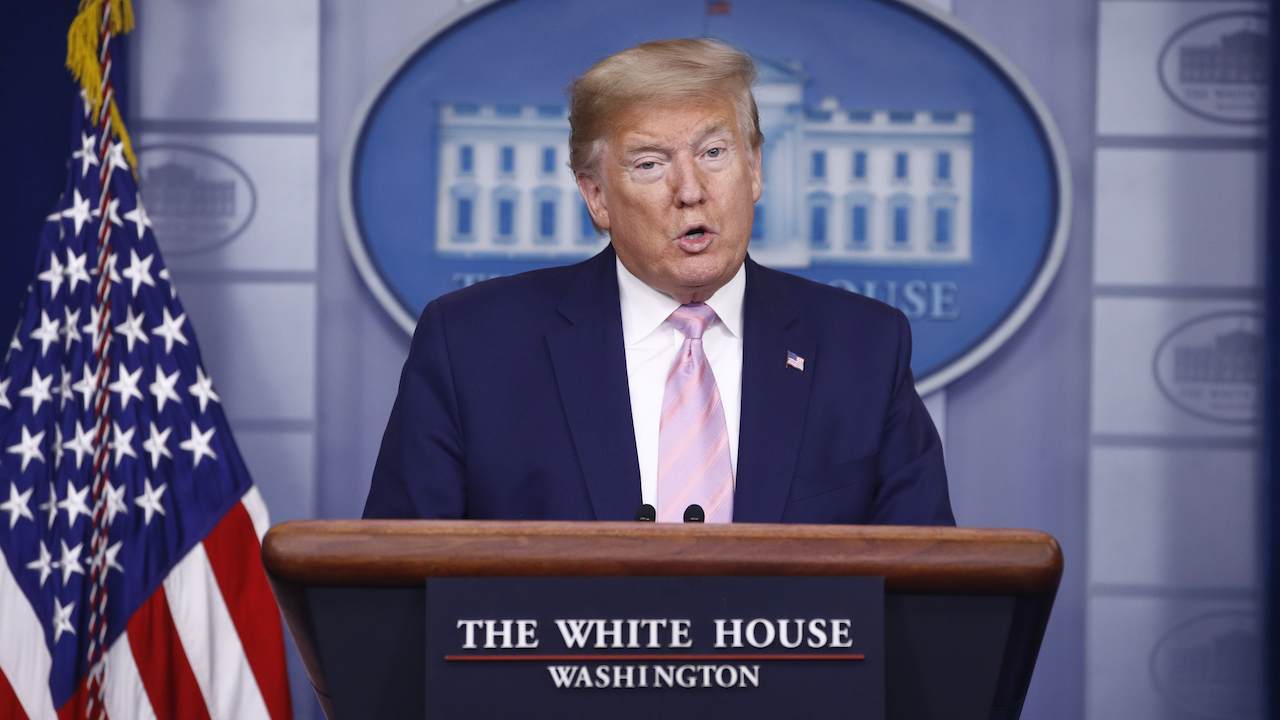 You can almost hear the delight echoing through the liberal media echo chamber. They love this. They hate Trump. They hate this country. And they just cannot stand how they’re unable to pin him down. The Trump White House stopped daily press briefings because some folks were just using it to score political points. Frankly, it was more of an act of mercy due to the countless times CNN was beaten unrecognizable by Trump and other officials. The liberal media wasn’t there to report on this White House accurately, so why even bother?

Now, with this Wuhan coronavirus outbreak in the U.S., we’re back to having daily briefings with President Trump, Vice President Mike Pence, and top officials on the Coronavirus Task Force—and media clowns are complaining. For starters, Trump’s approval ratings have never been higher, with Gallup finding 60 percent of independents and over a quarter of Democrats supporting how this White House has responded to the pandemic. That’s not good if you’re a liberal reporter. Your job is to attack, drive down the market, and sow utter and total dread into the minds of the public. Only Joe Biden’s hologram can save the country. A man who doesn’t know how many grandkids he has is the only person who can help up in this great time of crisis. This, this is the man for the job (yes, I'm being sarcastic):

Joe Biden: "One, we have to uh, depend on what the president's going to do right now. And first of all, he has to, uh, tell uh, uh—wait til the case is before anything happens. Look the whole idea is he's got to get in place things that were shortages of." pic.twitter.com/224pc00k4U

For weeks, the liberal media did a top-notch job destroying all the market gains under Trump. Trillions have been removed from the market and they cheered.

Nope. If there is one thing about the Trump coalition, it’s that it's not abandoning the president. For two hours a day, Monday-Friday, we have the top leaders in our country detailing what is going on, how the mitigation policies are impacting the spread of the disease, and the press is given an almost unlimited time to ask questions. Trump is now delivering tidbits on the supply chain for medical equipment. And yet, some liberal networks don’t want to carry the briefings anymore because they’ve boosted Trump’s poll numbers. And that is threatening their overall campaign against this White House.

You saw the first wave of this nonsense. The media is trying to make this Wuhan coronavirus outbreak into Trump’s Hurricane Katrina. They need bad news to peddle to the masses. They need chaos, high infection rates, and most of all deaths. They want a lot of deaths. It never ceases to amaze me the level of stupidity we have among those who claim to be reporters, but here we are with the Fourth Estate trying to blame the president of the United States for a virus and a pandemic, despite the fact that the world is burning because of Chinese incompetence.

Trump’s Katrina didn’t catch on because it’s too insane. So, where did they go next? The 9/11 terror attacks, of course. Yes, this is now Trump’s 9/11. This, my friends, is Trump Derangement Syndrome at its most destructive state.

It’s actually tragic. We’ve lost over 10,000 Americans to this disease, and all the liberal media can see is ammunition that can be used against this White House.

“The coronavirus has now killed more people in the US than the 9/11 terror attacks,” reads Vox.

“How the Coronavirus Death Toll Compares to Other Deadly Events From American History,” says Time.

USA Today probably has the worst, saying that the Wuhan virus has killed more Americans than six wars combined. And as Tom Bevan of RealClearPolitics aptly noted, “what a garbage headline this is. We don't characterize annual flu deaths this way, or traffic fatalities, or suicides.”

What a garbage headline this is. We don't characterize annual flu deaths this way, or traffic fatalities, or suicides. #themediaisbroken pic.twitter.com/aXGz80JWxG

We all see right through you guys. It has become something of a pastime to watch a legion of idiots think they can pull one over the American people. It’s so over-the-top, so transparent, and so viciously unfair that you can simply tune the media out. As of now, due to the media’s serial inaccuracy when it comes to covering this White House, it’s not insane to assume that those who will be voting in 2020 have already made up their minds.

This Wuhan virus is Trump’s 9/11, he’s to blame, and it’s all his fault. Are these people on crack? Invoking 9/11 to start, what are you trying to convey? It’s pathetic—all of it. And to this day, they still do not get that a) we like seeing the president humiliate and denigrate them to their faces because that’s what they do to us behind our backs; and b) these are all in-kind contributions to Trump’s 2020 re-election campaign. So, please, league of morons who think you’re the great arbiters of truth, keep bashing Trump, keep trying to gaslight the country with these tales that this viral outbreak is Trump’s doing. It will only keep us motivated to vote in November. The liberal media are chock full of babies who think we’re on the verge of a dictatorship because Trump and his crew call them out on their shallow, thinly sourced bullshit that keeps getting blown up by, you know, facts. Oh, this brings back good memories of all the Trump-Russia collusion duds.

And that’s exactly how this latest iteration of the unholy crusade against Trump’s COVID-19 response will end: one big dud.