Obituary: Joe Biden's Run is Over.

Matt Vespa
|
Posted: Feb 14, 2020 5:00 PM
Share   Tweet
The opinions expressed by columnists are their own and do not necessarily represent the views of Townhall.com. 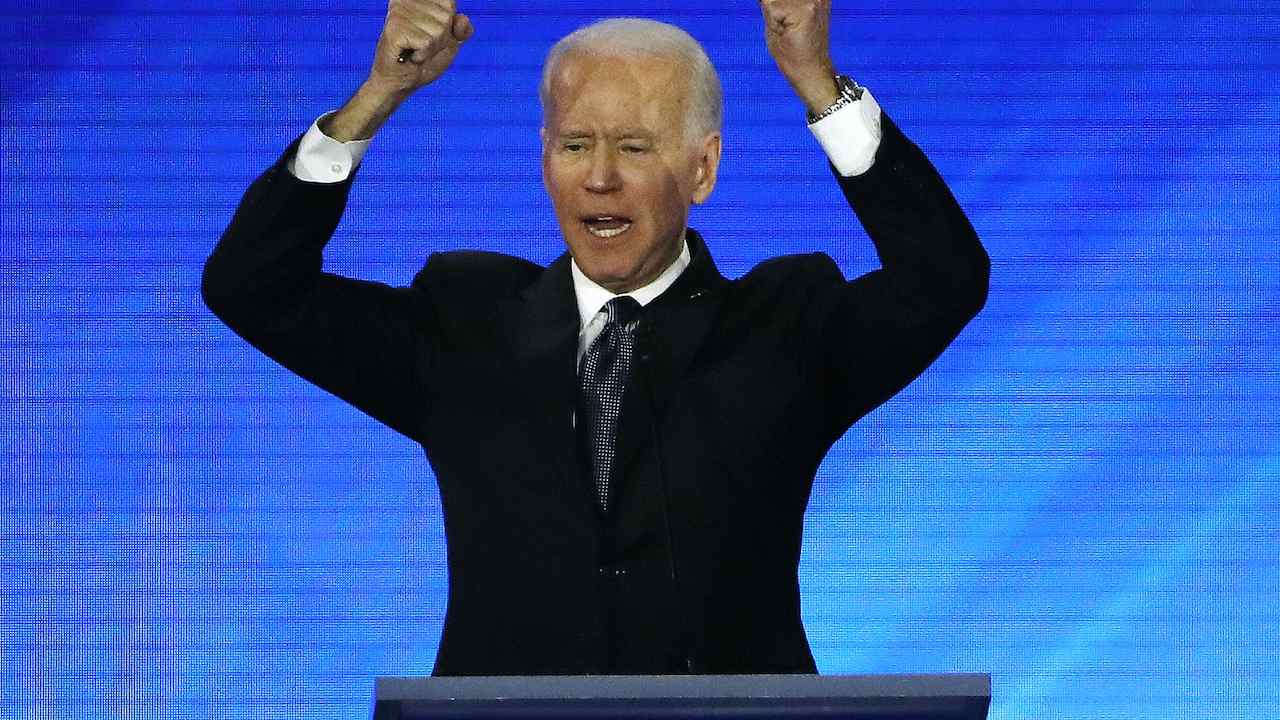 Former Vice President Joe Biden is in free fall. Yes, there are roughly 55 primary contests left to go. Yes, there have only been two. But this is the time when donors focus on viability, electability, and all other relevant factors that matter before picking which horse they want for a presidential election. It can only take a few disasters to kill a campaign. The money dries up quickly. Yes, running for president is a very expensive proposition. So, while Biden can say 'it's only been two contests' to his supporters, getting knocked in the teeth back-to-back could kill him.

Iowa was a disaster. And it wasn't at all a good sign that the former VP admitted in the Democratic debate before the New Hampshire primary that he was going to lose again. Biden was right. He saw the writing on the wall. In fact, this is Bernie Sanders' backyard. The voters in New Hampshire have known who he is for decades. And it wasn't shocking that he won. What is shocking is the strong showing Sen. Amy Klobuchar (D-MN) had, given that she's a relative no-name in national politics that has surged above her political weight class, thanks to solid and consistent debate performances. That's for another time.

This is Joe Biden we're talking about. He's a fixture of the Senate, a former vice president to one of the most popular Democratic administrations in recent memory, and the candidate whose blue-collar roots had him primed to be Donald Trump's worst nightmare. He's a supposed heavyweight, right? He has the résumé of one, but he's not. Perhaps that was a bit of amnesia that afflicted the media on this one. The man has run for president twice before. This is his third go-around, and he has yet to win a caucus or a primary. He was forced to drop out ignominiously during his 1988 run because of allegations that he had plagiarized portions of a speech from then-UK Labour Leader Neil Kinnock. In 2008, his Iowa showing was once again disastrous.

Biden is the case of one appearing to be a stronghold, but no one is manning the watchtower. It's empty inside. Abandoned. He's the former vice president to Barack Obama, and he's managed to finish fourth in Iowa and a miserable single-digit finish in New Hampshire. Joe Biden? In fact, the Granite State was so bad that Biden fled the state on Election Day. He decided to abscond to South Carolina and address his New Hampshire supporters via video. Talk about a slap in the face.

A few early observations:
--Klobucharge is real
--Warren and Biden, yikes.
--Sanders, like in Iowa, is doing quite a bit worse in older rural areas than '08. Wasn't really sure whether that was likely in NH for a few reasons, but here it is

I thought Joe Biden could survive a poor showing in IA/NH in the 10%-20% range, but a single digit showing? I don't know if this is survivable.

There's a reason why Joe Biden was never a frontrunner, I guess. And prior to voting, he was considered the frontrunner, but it was due to name recognition, not his policies or debate performances. In less than two weeks, that crown has been passed undisputedly to Bernie Sanders.

What happened? Maybe this was bound to happen. It was already determined due to Joe's inexperience in being the top dog in a presidential primary contest. He's been a gaffe machine. He's at times forgotten where he is, he rambles, and when he tries to deliver swipes on the debate stage—he flops due to his loquaciousness. It was painful to watch him try and deliver a blow against Tom Steyer, who isn't a hard man to attack. Biden tried to highlight Steyer's past record in the fossil fuel industry and failed miserably. If you cannot deliver a cogent and efficient counterpunch to Steyer during the climate change portion of a debate, you're not the frontrunner. He infamously called an Iowa voter "fat" to his face, degrading his reputation as a retail politician. All of this, plus his aloofness, made it seem as if Trump could and probably would run a tank over him in a one-on-one debate performance.

.@JoeBiden has no clue where he is...bizarre opening:

Joe simply does not have the goods. Maybe he never did. Like Silvio Dante in "The Sopranos," there are some guys who are just good at being number twos—and can admit it. And there are others who can't—like the Brooklyn Nets' Kyrie Irving. Okay, maybe a bad example since Irving, unlike Joe, has won something: a championship ring playing with LeBron in Cleveland back in 2016.

And then, there's the Hunter Biden factor. It may not sway some Democrats, but it's still a story. It's still hanging around the former vice president's neck, and his campaign has failed to neutralize it. And there have been more tales of family members getting some favorable treatment during the time Joe was living at Number One Observatory Circle. Frankly, while I think this could be problematic should Joe soldier on, his single-digit finish in New Hampshire is the main body blow. Two gut punches and now a lost opportunity to nab a key union endorsement in Nevada days before its caucuses because of it. The Culinary Workers Union was not going to endorse Bernie Sanders over his Medicare for All health care plan, but Biden's two back-to-back gut punches didn't convince this influential union in the state to tell its members to line up for him either. Oh, and despite this, Sanders is still probably going to do well. This could mark a third nasty night for the Biden camp and now the questions about whether he can take on Trump, whether he can beat Trump, and frankly, whether he can hold on until South Carolina, come into play.

New Hampshire might have been a death blow to Biden. Time will tell, but his presidential ambitions are turning out like his past attempts to occupy 1600: total failure.