The Year of the 'Finished' Voter

Matt Towery
|
Posted: Mar 24, 2016 12:01 AM
Share   Tweet
The opinions expressed by columnists are their own and do not necessarily represent the views of Townhall.com. 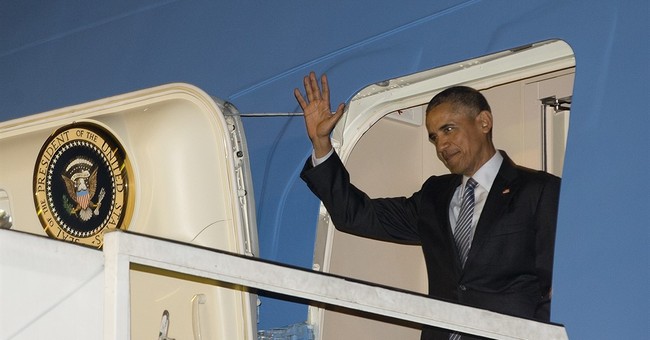 So let's get this straight. On the day that terror and tragedy strike Belgium, our president attends a baseball game and pals around with Raul Castro in Cuba. Well, at least you could sort of expect that, right?

But then the following day, U.S. House Speaker Paul Ryan, the top GOP elected official in America, decides to deliver a lecture to us about the mean and cruel presidential campaign this year. Really?

Rather than pick on just Obama or Ryan, let's just state the truth: This country doesn't trust elected officials. By now most have come to believe that if a politician's lips are moving, they are lying. Voters really don't care whether elected officials are Democrats or Republicans. They just plain don't believe them -- or in them.

Look at the abysmal rating that Congress receives in poll after poll, week after week. I mean, we are talking downright miserable numbers for their job approval. Whether the House and Senate are run by Democrats or Republicans doesn't matter. No one likes them.

And why not? Because they have no sense of reality.

Our world has done nothing but become increasingly dangerous for the last 15 years. We've fought wars with little or nothing to show for them. And the veterans who lived to come home get lousy treatment from a VA system that now gives tips on how to try to work around its own inept hospitals.

Our economy has recently improved for a privileged few but has stayed virtually the same for most. Wages have been stuck in neutral. Most Americans know that when it comes to their own pocketbooks, there has been little improvement in recent years. But they sure know that government has kept on growing. And while politicians continue to bemoan our massive deficit in Washington, they don't do anything to stop it.

So is it any wonder that politics has devolved into reality show dialogue? Whether it was Donald Trump or Bernie Sanders or someone else, 2016 was going to be a year in which outsiders were popular. What is so amazing is that the entire world of D.C. elected officials, pundits and consultants didn't see it coming.

Can you imagine the disconnect that real Americans who don't play politics for a living had when their president was watching baseball in Cuba, or when their House Speaker was pontificating on political styles, all while an armed terrorist was still on the loose in a European city that was shut down? Are they out of their minds?

I started this column in 2001, just as the smoke was clearing from the outrage that was 9/11. In a matter of moments, our entire world as we knew it had been shaken to the core. That left a permanent mark on every average American. So when the public hears and sees politicians busily pushing their own political agendas even as terror unfolds, it just reinforces people's belief that they are all out of touch.

This year has been described as the year of "the angry voter." The term "angry voter" has always been used by the media to subtly suggest an image of crazed extremists.

I would submit that this is not the year of the angry voter. I would argue that this is the year of the "I'm finished" voter. I think that many voters feel about these elections as I feel about writing this column each week. They have watched so many politicians promise so much and deliver so little that they are finished with them. I know I've written about so many issues and political leaders for so long that I am as confused and frustrated as voters are.

We are all just about finished. Finished with lectures from presidents and politicians. Finished with endless new laws, regulations, hidden taxes and fees from local and federal government. And particularly we are finished with the labels.

What labels one candidate "a liberal" and another a conservative? When you keep on kicking the can on budgets that keep growing our deficit and that fund the implementation of programs like Obamacare, are you still a "conservative?"

And if you want to preserve social security because we've all been paying into an alleged "trust fund" for it, are you a "liberal"?

The voters are finished with it all. And so am I ...