Messy Democrat Contest Might Result in a 'Putative' VP Choice

Matt Towery
|
Posted: Feb 04, 2016 12:01 AM
Share   Tweet
The opinions expressed by columnists are their own and do not necessarily represent the views of Townhall.com. 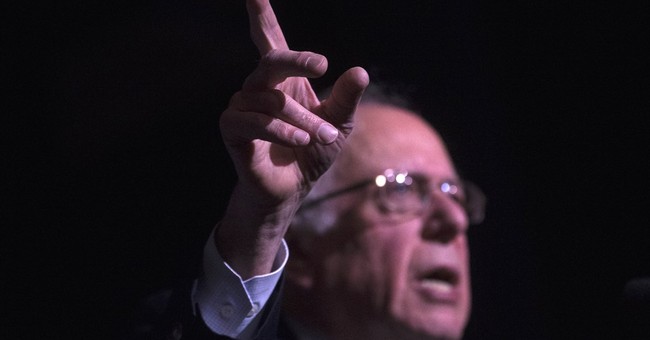 Just last week, I suggested that South Carolina would be the ultimate battleground where the Republican establishment would either stop Donald Trump and Ted Cruz, or see its domination of the GOP come to an end.

The Opinion Savvy poll of Iowa (which, in full disclosure, is my son's company) was one of only two national polls to show Cruz and Trump in a tight race there, with Marco Rubio not far behind. The results proved my son right, and I stand by my assessment concerning South Carolina and the GOP, based on the polling information he continues to share with me. It's nice when a son is smarter than his dad and willing to tip the old man off to what's really happening.

Now it appears that South Carolina may well be the do-or-die state for Hillary Clinton and Bernie Sanders as well. Clinton's squeaker of a win in Iowa, with its magical coin tosses throwing votes her way, sets Sanders up not only as the likely winner of New Hampshire, but as the surging darling of the "ultra-progressive" wing of the Democratic party.

Based on past history and current polling, one would assume that Sanders' current imitation of Barack Obama's stunning defeat of Clinton in 2008 will come to an end when South Carolinians go to the polls. After all, the Clintons have long claimed the southern states as their own when it comes to Democratic presidential politics.

But one need only go back to the 2008 Democratic contest and South Carolina's primary that year to understand how quickly opinions can change. In late 2007, Hillary Clinton was trouncing Obama in polls of that state. But then Oprah Winfrey chose to fill an entire stadium of adoring fans and to introduce them to her friend and presidential candidate, Barack Obama. Polling of that contest in South Carolina immediately changed with African Americans, who dominate the make-up of the state's Democratic electorate. They shifted their allegiance to Obama.

Once Clinton lost South Carolina, her campaign began to fall apart. Liberal whites began to find it "cool" to back the youthful, up-and-coming Obama, and African-American voters quickly forgot the notion that Bill Clinton was "the nation's first black president." But Bernie Sanders -- although not only a liberal, but a democratic socialist -- is not young and he is not obviously black. So how could his South Carolina fortunes be anything but bleak?

The answer might be in his naming a "putative" vice-presidential running mate long before most of the primaries and caucuses have been held.

Suppose Sanders were to emerge from New Hampshire still angry over what he considers some last-minute Clinton vote-stealing in the Iowa contest? And what if he could persuade a well-known African American to agree that he or she would accept the VP nomination were Sanders to receive the Democrat's nod at their convention this summer?

What if Sanders' "putative nominee" were to begin campaigning with Sanders by the time the South Carolina battle starts, doing so as his would-be running mate?

Yes, this is conjecture and a great deal of "what ifs." Moreover, the concept is predicated on Sanders' capability to understand, embrace and pull off such a move. But stranger things have happened in modern politics.

Would a Deval Patrick or a Cory Booker be willing to hitch their stars to a far-left candidate who seems as much a parody of Larry David as David is of Sanders?

Perhaps. It has been my opinion that the core of the Obama political operation has felt uneasy with Hillary Clinton, and despite overtures of love and support, they are hardly upset when President Obama's own State Department drops bombshells -- like the one related to classified emails that it announced just days before the vote in Iowa. As noted before, that was not a move by some vast right-wing conspiracy. Instead, it came from a State Department now run by John Kerry, whose politics are likely more in line with Sanders than with Kerry's predecessor, Hillary Clinton.

Even if Sanders were to make such a move, he would still have one major impediment: Clinton would probably make it first. Make no mistake, her team is leaving nothing to chance this go around.

Still, one wonders, could a first move towards a "putative VP" be a game changer? I'll ask my son.