Pundits Get It Wrong About Trump and General Election 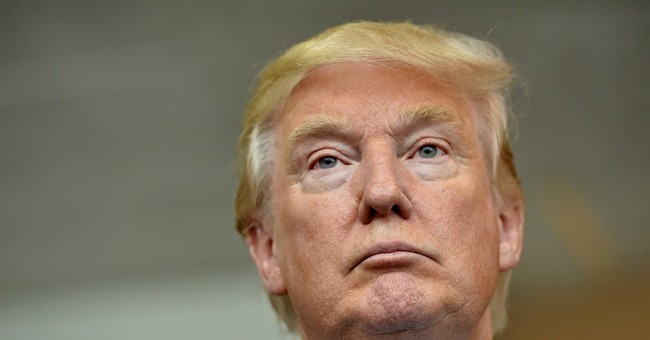 Trending
After finally surrendering to the reality that Donald Trump is the certifiable leader in the GOP race for president, the "inside the bubble" D.C. pundits have moved on to his inability to win a November 2016 election against Hillary Clinton or some other Democrat.

At first blush that seems a reasonable view. After all, the polling they rely on shows Trump with higher negatives than many of the other candidates in the Republican race. "He's too polarizing," say the experts.

The conventional wisdom among most of the D.C. elite is that a Trump nomination would be disaster for a Republican Party that might face a weakened Hillary Clinton, or for that matter, a seemingly vulnerable substitute next November.

And so the whisper among these stale old experts is basically "how do we keep Donald Trump from ruining our chance to actually win an election that seems to be shaping up in our favor?"

Arguing that Trump appeals to a strong but limited base of voters has apparently become their new mantra. But that argument might be just as incorrect as those made earlier this summer when Donald Trump was dismissed as a sideshow of little substance and with no chance of winning the nomination.

After two dismal showings in presidential contests both in '08 and '12 it became conventional wisdom among longtime Republican "experts" to assign the blame for those losses to poor outreach to Latinos and an inability to capture the vote of younger Americans.

And solving these two problems would build a better mousetrap for the nominee in '16?

Perhaps. But there might be a more realistic approach given the fact that younger voters have skewed Democrat for quite some time and Latino voters are actually comprised of many different origins, with differing views on everything from religion to immigration.

What would likely win the Republicans the presidency in 2016 would be a surge of voters who view the current ruling class -- be that a Republican Congress or the Obama presidency -- as out of touch and ineffective.

Recent polls indicate that to be the case.

Elections are about a candidate and his or her backers building their own turnout model on Election Day. That means Republicans must not only convert some otherwise likely Democratic voters. They must also somehow motivate those who usually don't vote to rise up off of their couches and out of their recliners to somehow make an inconvenient trip to their polling place and cast a ballot.

What so many of the pundits seem to be missing in this year's race is that we are a nation where reality television and celebrity lives rule the airwaves and the Internet. For the moment, Trump's position in the polls would have us believe that he would do worse than former Gov. Jeb Bush or other potential nominees in November '16. But in reality, Trump is the best known commodity of the Republicans and his allegedly high "negative" numbers actually fall below the percent of voters who bailed on McCain and Romney in their presidential efforts.

No matter who the GOP nominee is in 2016 it is highly unlikely that he or she will make a huge dent in the African-American vote or the Latino vote. But it is certain that if the nominee can't appeal to "blue collar" voters, or the so-called "middle class," or can't motivate conservatives to vote at record numbers, then the Republican nominee will go down to defeat again.

It could be argued that Trump would fare no worse with black voters than recent nominees because his "tell it like it is" style might actually begin to catch on. And some in the Latino community believe his approach to immigration appeals to many in that community whose family members took the time to enter the country legally.

As for Trump being polarizing, do a Google search with keywords related to "too polarizing" and Ronald Reagan's 1980 campaign. The experts were wrong then, too.

Regardless, there are a sea of non-voters who could leap from their couches and vote for a reality star who they view to be real. And that could make Mr. Trump a potent force in a showdown with the Democrats.