Do You Think They Really Understand the Mess We Are In? 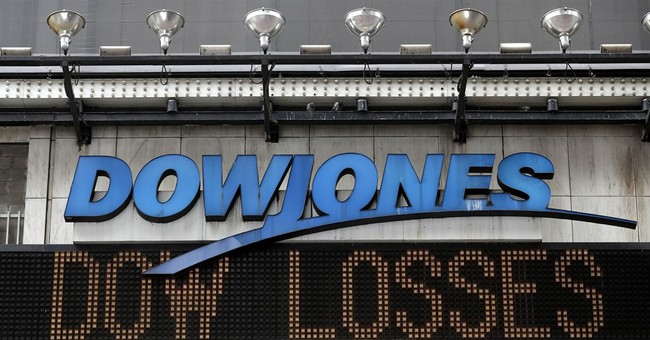 It's not just the stock market that is having trouble these days. In reality, everywhere you look there are just plain wacky things going on that somehow much of the media and political "intelligentsia" have failed to report or acknowledge.

Back in April, this column, based on analysis of several readily available financial surveys, suggested that a major correction in our markets was likely, not in a matter of years, but in just months. Bam. It happened.

The most troubling aspects are not the issues or problems that require a crystal ball and a lot of luck. More concerning is a collection of obvious events and patterns that seem to suggest that our nation is running right off the road and into a ditch.

Internationally, we have an absurd potential agreement with Iran. It has come to light that the Iranians will, at critical junctures in enforcing the deal, have the right to comply by virtue of their own self-inspection. No wonder Israel, the Saudis and everyone else in that region of the world are busy arming themselves to the teeth. This is "must-have diplomacy" at any cost, and it makes the late British Prime Minister Neville Chamberlain, he of appeasement fame, look like General George Patton when compared to Secretary of State John Kerry.

We have ISIS in control of half of Iraq, yet neither President Obama nor his administration seem concerned. Now throw continuing antics from North Korea into the mix.

The economies of most of Europe and much of Asia are in some phase of meltdown and have been for some time. Economic growth has slowed around the world and has turned out to be a pittance here at home.

Meanwhile, racial tensions are the worst since the 1960s, and the broad response has been to overcorrect whatever's wrong. You might have noticed that many of your local news stations often won't provide full descriptions of wanted criminals, even if they are still on the loose. Is it any wonder that so many people are gravitating to Donald Trump's refusal to play the PC game? Whether black or white, we need to know what a suspect looks like in order to find him or her.

And it goes on and on. Unemployment is arguably down, but no one seems to be making any more money than they did before the Great Recession began. Everyone I know has a higher health-care premium and a much bigger deductible than previously. And I don't care what anyone says about inflation; just note how much it takes to fill up that grocery cart compared to a few years ago.

A controversy over the old Confederate battle flag has somehow morphed into people feeling that it's just fine to step on, burn or ban our own U.S. flag. Some colleges and other schools have even banned our national flag from their campuses.

And then there is the contest for the presidency. On the Republican side we have a bunch of idiots at various state GOP parties vowing to keep Donald Trump off the ballot if he doesn't take some loyalty oath to the eventual ticket. This is supposed to be the Republican Party, not the Nazi Party. Such silly efforts only make Trump look stronger, and these leaders look like childish insiders. Trust me, this is going to backfire in a big way.

And then there are the Democrats. Now we see how the Obama loyalists plan to stop Hillary Clinton, just as they did in 2008. Is anyone dumb enough to think that the GOP has provided all the leaks and information related to her "classified emails" on that private server? Boy, the wheels of justice moved swiftly to seize on that one!

I've got news for Clinton: a lot of her current problems might be from partisan politics, but they are coming from her own Democratic Party.

With Clinton tainted Conservatives will be thrilled; that is, until the far more liberal Joe Biden or avowed socialist Bernie Sanders knock her off and the GOP has another potential November meltdown -- leaving us with Obama II.

And we thought just stock market was in trouble!