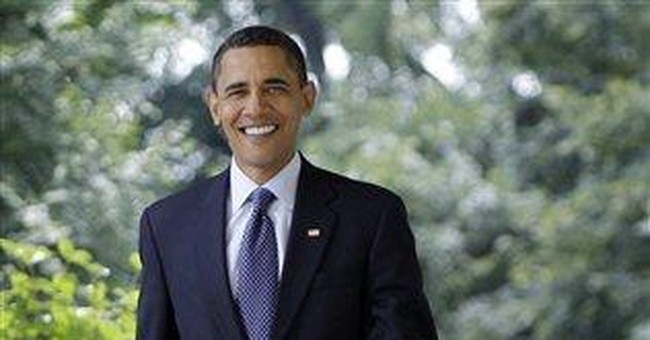 Six months into his presidency, Barack Obama finds himself where he likely never expected -- surrounded by chaos. Some of it is admittedly the result of the Bush years, when banks, lenders, financial institutions, Wall Street and a host of others ran our economy slap into the ground. Then the lot of them got rescued. And now one blue-chip "investment banking firm" -- which has suddenly become a blue-chip regular bank -- announced this week that it would put over 70 percent of its profits into salary and bonuses as a strategy in a war among top "investment firms" for talent. What talent?

Other portions of the chaos are the result of the actions of the very "Axis of Evil" that former president Bush warned a skeptical national press corps about many years ago. We have big problems on the horizon coming from Axis members Iran and North Korea.

But much of what now engulfs our nation is the result of a president and Congress that have been in too big of a hurry to fix problems, some of which are indeed pressing, like the economy. And yet others of our difficulties aren't as immediately time-sensitive, including the massive and increasingly unpopular healthcare reform bill, climate control, and an endless number of czars and new proposed heads of programs designed to put government in charge of virtually every aspect of our lives.

Outside Washington, while Wall Street seems somewhat stabilized and the big investment banks are suddenly showing huge profits, the average guy on the street can't get a loan. Small businesses face cash flow crunches that seem insurmountable. Young people graduating from college can't find a job. And long-term employees of companies big and small are either facing significant pay cuts, or are being told they have to find a new job -- one that's not out there.

The massive stimulus bill sounded like a "chicken in every pot." But no one can find the chicken. Other than transportation projects and an extension of unemployment benefits, government bureaucrats across the nation are hard-pressed to tell how or when the stimulus dollars will arrive. And many of the programs slated to be paid for with stimulus money won't create a single new job in 2009.

Meanwhile, our state and local governments are having to curtail vital services such as law enforcement, firefighting and pay for teachers because they, too, are running out of money. Travel and tourism are down, and it's starting to look like retail will barely flicker through the year.

Then there are the cases of North Korea and Iran. North Korea's recent uptick in aggressive saber-rattling would normally be the type of diplomatic crisis that would dominate the news and the attention of world leaders, including the president. It barely receives a mention. And while we huff and puff, Iran continues to move toward becoming not just a nuclear state but also a nuclear terror. Cyber-attacks on major government institutions are swept under the media rug amidst obsessive coverage of health care and Michael Jackson.

And where are all the protesters who tallied up every civilian death during the war in Iraq but who have nothing to say about the deadly situation in Afghanistan? Here again is another diplomatic situation that is ready to blow wide open.

We see Congress going soft on our defense budget, including killing off the F-22, which could be critical to our defense in the future, and the media headlines hail it as a great victory for the president.

Of course, write a column like this, and one will be labeled an alarmist of the first order. If so labeled, I plead guilty.

I started off the Obama administration saying that I was pulling for this president to succeed. I still am. But watching him hold endless press conferences and push like mad over a healthcare bill in the middle of all of this madness does not give me solace. Someone had better help this administration and Congress reset their priorities. If not, we may all be facing a confluence of dire circumstances so overwhelming that even the most charming of presidents, and the very best and brightest of Harvard-educated minds, will have no clue how to handle it all.