Independence Day and The Politics of Oil 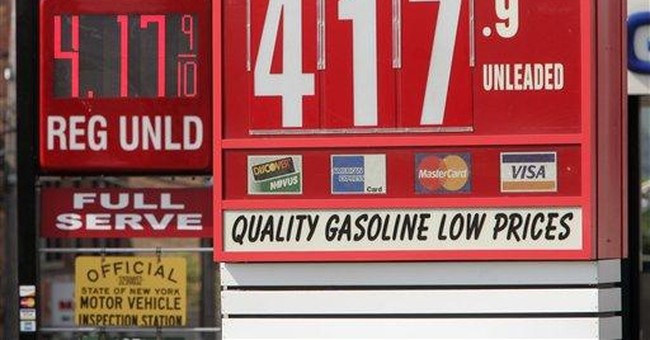 Oil and gasoline are on everybody's minds as Americans take to the roads for the July Fourth holiday weekend.

John McCain has taken the subject head-on with his proposal to allow individual states to choose how and whether to increase oil and natural gas drilling off their coastlines.

But first let's take a peek at Iraq. Its government recently awarded several major oil companies the rights to drill in Iraq. Accusations flew that the Bush administration played favorites with the American oil companies up for consideration to drill, but it was actually Iraq's own leadership that made the choices, as the U.S. State Department duly noted. Whatever.

More interesting were comments about "protecting" the rights of the various ethnic and religious sects in that country; in seeing to it that they each receive their "fair share" of the money to be gained from the sale of the oil.

Interestingly, our firm recently polled Americans and asked who they believe should receive the proceeds of that oil. It wasn't the Sunnis, Shiites or Kurds that Americans want the proceeds to go to. It was the United States of America.

Now that's a novel idea. Take the money to be made from the sale of oil in Iraq, or at least a portion of it, as a payment to the American people for the massive amount of money and, more importantly, loss of life that our nation has given in order to liberate and keep the peace in that benighted land. In fact, most in the survey said that they believe the oil itself, for period of years, should be brought here to be refined. Talk about Independence Day!

I'm sure that there are a slew of arguments to suggest that the oil from Iraq wouldn't be enough to help our situation, or that it would take too much time for it to get into our production and distribution system. But the sentiments of most Americans are clear.

Stateside, John McCain's proposal that states be allowed to make their own decisions about offshore oil exploration and drilling has given his campaign an interesting boost in the Sunshine State. McCain's ally, environmentalist Florida Gov. Charlie Crist, surprised observers by adding that he's open to the possibility of more and closer-in drilling off Florida's pristine shores. Recall that Crist is the guy who, in effect, delivered the GOP nomination to McCain when he endorsed the Arizona senator just prior to the critical Florida Republican primary.

I was unsure about how Floridians felt about the issue. But in an InsiderAdvantage/PollPosition survey conducted for the Associated Industries of Florida, the question was asked straight up, with no wording that might steer respondents one way or the other. The results took me aback.

We asked, "Do you favor or oppose increased exploration and production of oil and natural gas off the coasts of Florida?"

The poll was conducted June 24 among 685 registered voters, and has a margin of error of plus or minus 3.6 percent.

The Associated Industries poll survey tells me why John McCain has managed to stay just ahead of Barack Obama in the average of presidential polls taken in that state. Several polls have shown an uptick for McCain there in recent weeks.

Perhaps even more than most states, Florida is feeling the jolt of high gasoline prices. Not only commuters are affected, but so are tourists, which Florida relies on heavily for its tax base. Higher fuel prices mean many of those travelers are staying home this year or vacationing closer to home than faraway Florida.

And Florida is a big, fractured state geographically. If you do business there and have to travel, driving is often the best or only way to get to where you're going. Gasoline at over $4 a gallon starts to wear on the wallets of both everyday Joes and Jills, and on the corporations and businesses they patronize.

Other recent polling we've conducted in Florida tell us that people there are still devoted to the environment, and most prefer that oil exploration be done at least far enough out to sea that the drilling platforms can't be seen from shore. (They'll almost surely get their wish.) But as for resistance to the concept of more potential drilling, it has largely melted in the face of economic worries.

Of course we keep waiting, and the oil crisis isn't getting any better. But whether it's drilling at home or reaping some of the oil benefits from the nation we liberated and continue to defend, one thing is clear -- all Americans want for Independence Day is energy independence.