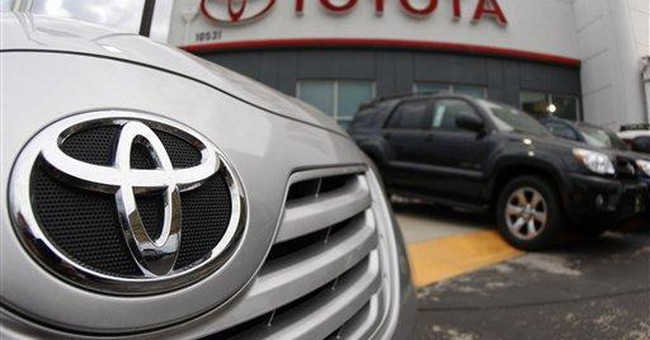 The GOP had harsh words for Democrats on Capitol Hill this morning, accusing them of misunderstanding the economics of oil and stalling needed drilling initiatives.

“We ought to take a square look in the mirror,” said Rep. Kevin Brady (R.-Tex.). “We need more American-made energy and Congress has resisted it. We need more supply.”

“Democratic leaders have offered no solutions, only gimmicks, from suing OPEC to windfall profit taxes,” he added.

While Democrats mostly refrained from partisan criticisms, several of the Republicans opened fire on their ideological opponents, charging them with trying to regulate oil demand rather than increase supply.

“There are two factors that go into price … There’s a supply curve and a demand curve and where they meet is something called price,” explained Sen. Sam Brownback (R.-Kans.) sarcastically.

“We need to work on both sides of the equation to bring price down,” he added.

Republicans accused Democrats of failing to tap oil resources at home, including reserves beneath America’s land and sea, and the west’s vast quantities of potentially oil-yielding shale. They also criticized Democrats for refusing to allow controversial drilling in the Arctic National Wildlife Reserve in Alaska, which they said could be relieving overseas oil imports by 1 million barrels per day.

The GOP has been ratcheting up calls for refineries in ANWR as fuel prices have skyrocketed. On Monday, Republican Alaska Governor Sarah Palin sent Senate Majority Leader Harry Reid (D.-Nev.) a letter advising him to pass legislation that would allow drilling there.

Senator Charles Schumer (D.-N.Y.) responded ANWR would only lower gas prices one to four cents by 2018 and fingered the Bush administration for “committing no sins against Big Oil or OPEC.”

He also claimed he made efforts to drill in ANRW in the past. Schumer said he approached Sen. Lisa Murkowski (R.-Alaska) ten years ago and promised if she could convince ten Republicans to vote for increased fuel efficiency standards for cars, he would get ten Democrats to sign on for drilling in ANWR. Murkowski was unable to come up with the votes, so, according to Schumer, the deal didn’t go through.

Most experts agree that high gas prices cannot be exclusively blamed on lack of drilling or gas-guzzling cars. Dr. Daniel Yergin, Chairman of the Cambridge Energy Research Associates, testified to the committee there were a slew of causes, including the declining value of the dollar, an influx of oil investors due to the subprime mortgage crisis, and a lack of investment in fuel production infrastructure.