Obamacare: Socialism By Any Other Name 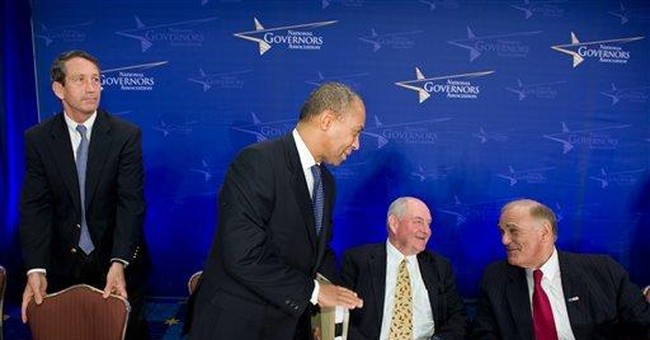 Recently, President Barack Obama addressed a gathering of House Republicans at their annual retreat in Baltimore. This effort at cross-party outreach was somewhat marred when Obama accused the gathered Republicans of maliciously poisoning the public against his health care plan, complaining that they had portrayed it as a "Bolshevik plot."

Obama's address to the GOP retreat was a philippic, an accusatory and condemnatory speech. Obama said in essence to his political adversaries:

"The public would like my plan and it would succeed - if only you would stop lying about it." One common feature of these kinds of addresses is hyperbolism, the deliberate exaggeration of your opponent's point of view so as to paint it with ridicule.

"Bolshevism" is an antiquated term almost exclusively associated with the events and persons surrounding the 1917 October Revolution in Russia.

However, the political and philosophical fellow travelers of Bolshevism, socialism and Communism, are still very much with us: the United States even has a self-described 'socialist' serving in the Senate (Bernie Sanders of Vermont). And certainly, the President's health care plan has come under criticism for being socialist in intent and scope.

And not for nothing, one might add. In 2003, then state senator Obama was videotaped telling an audience "I happen to be a proponent of a single-payer universal health care program...A single-payer health care plan, a universal health care plan. That's what I'd like to see." Of course, now that he is president of a country half the population of which are virulently opposed to any such thing, Obama has wisely refrained from repeating such extreme sentiments.

"Single-payer" of course means "government payer." Universal health care by definition can only be imposed by government fiat; in a free market, there will always be some segment of the population who are unable to afford or unwilling to purchase private health insurance. Only government can afford to be a 'single payer' ¬ with public monies, of course. And it must be noted that the health system instituted by the Bolsheviks under the Soviet Union was a 'single payer,' and like most such systems was a bureaucratic nightmare characterized by shortages, rationing, and substandard care.

So how do you get to a single-payer system in America? Rep. Barney Frank (D-MA) was singularly honest when he confessed, "I think that if we get a good public option it could lead to single payer and that is the best way to reach single payer." Both the House and Senate versions of ObamaCare contained a public option (though this was stripped from the Senate version at the insistence of moderates). Barney Frank knows, as the President surely must, that a public option would squeeze private insurance out of existence until government is the only game in town. ¬ Voila single-payer!

When discussing Obama's health care plan, it is wise to recall the President's economic philosophy as explained to Joe Wurzelbacher on the campaign trail in 2008: "When you spread the wealth around, it's good for everybody." Obama here clearly revealed his belief that "wealth" is not private property earned and owned by individuals, but the government's ¬ the collective's ¬ to distribute as they deem fit and fair.

If this is not socialism, then what is?

A Bolshevik is an early 20th century Russian revolutionary; a plot is a plan hatched in secret. Obama is not the former and has not engaged in the latter. However, the President and his allies have openly strived to socialize significant aspects of American society through health care reform. By fabricating a bogus "Bolshevik" charge, Obama cleverly avoided addressing the actual - and legitimate - charge of socialism.