Big Money for the Mayor, Bigger Return for Borror

Matthew Mainen
|
Posted: May 22, 2020 10:38 AM
Share   Tweet
The opinions expressed by columnists are their own and do not necessarily represent the views of Townhall.com. 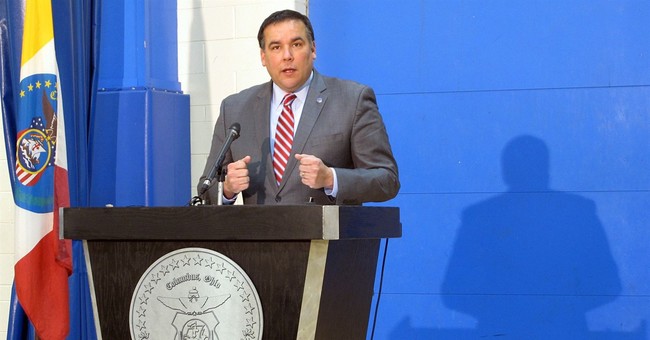 Columbus 2020 was launched a decade ago, a bold and much needed plan to revitalize central Ohio. In September of last year it rebranded itself One Columbus, with a new goal of making the 11-county Columbus area the most prosperous in the nation. Perhaps in the future, even with the novel coronavirus making such economic development unlikely, it will accomplish its goal.

Even in these uncertain times, one thing is for sure: the city of Columbus is open for business. Mayor Andrew Ginther ran an uncontested campaign in 2019, but still accepted contributions from numerous sources, however one very generous donor, to the tune of over $1 million, stands out.

Borror is a property management company whose founder, Douglas G. Borror, has not only contributed to Ginther’s recent campaign but entered into a cozy relationship with the Democratic mayor and city council. According to Open Secrets, through various officers of the company and the Borror family, the mayor’s reelection campaign has received $93,000. To the Democratic Party as a whole, Borror has sent $200,000, and to the Ohio Democratic Building Fund, a cool $25,000. To various members of the city council a further $15,000. But nothing compares to the non-profit foundation affiliated with Borror that gave a whopping $1 million to help Mayor Ginther build a preschool in the Hilltop area, where current Borror CEO’s father Donald attended high school.

Mayor Ginther’s office has not been slow to return the favor; Borror won the State Street Project, a contract valued at $50 million, a ground lease and $38 million worth in security bonds. In addition, Borror President Lori Beth Steiner is partnered with Douglas G. Borror in a marijuana business called Green Investment Partners, LLC. Such businesses, so carefully vetted by the Buckeye State with its still stringent marijuana laws, would have required deliberate local and statewide support.

Despite running uncontested last year, the mayor’s office has not been without controversy. The four-year incumbent mayor was recently criticized for praising Qatar’s ethically dubious efforts to snag the 2022 World Cup bid. Like other nations in the Middle East the oil rich nation of Qatar has a longstanding reputation of abusing its migrant workers. But in its fervor to step onto the international stage Qatar has taken things a step further. One commentator even used the word “enslaved” to describe migrant worker conditions.

In addition, the mayor has been forced to return nearly $70,000 in private donations following his State of the City address earlier this year. More than half of this money came from the city’s vendors. The Ohio Ethics Commission reached out to the mayor’s office, citing concerns that accepting this type of private money could be a conflict of interest, misuse of public office, and a violation of state law.

Perhaps most telling of all are the allegations that Mayor Andrew Ginther and city council members have been drawing six-figure salaries while working for nonprofits in addition to their roles as public servants. Though by law council members are able to work for nonprofits, they are prohibited from voting on matters that may affect a business or group that they are otherwise affiliated with. An investigation began last October, the second to hit City Hall. Last year a trip to the 2014 Big Ten Championship was also scrutinized.

So called “dark money” in politics is an ongoing issue, and calls for campaign finance reform have not resulted in more transparency. Business leaders and elected officials should be bedfellows, but for the public good, not for mutual interest and enrichment.