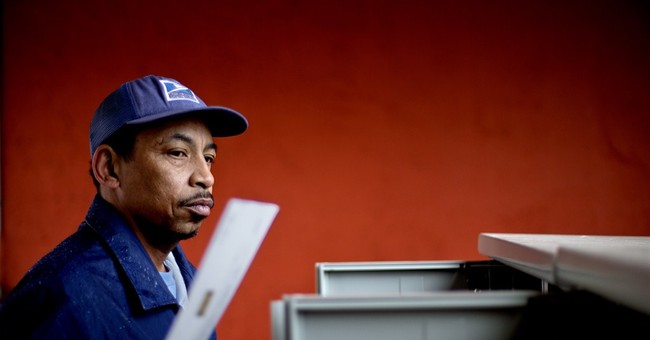 Benjamin Franklin famously quipped, “In this world nothing can be said to be certain, except death and taxes.”

Franklin evidently failed to envisage today’s postmodern left. For the conservative, there exists at least one other certainty, and it is this: The degree to which “progressives” attack you corresponds precisely to the degree with which you challenge any among their assorted, distorted and sordid sacred cows.

What would you call a 33-year-old man who both had and axiomatically acted upon a deviant sexual appetite for underage, drug-addicted, runaway boys? (No, not Jerry Sandusky.)

What would you call a man of whom, as regards sexual preference, his own friend and biographer confessed, “Harvey always had a penchant for young waifs with substance abuse problems”?

But you can call him Harvey Milk.

Harvey Milk’s only claim to fame is that he was the first openly homosexual candidate to be elected to public office (San Francisco city commissioner). His chief cause was to do away with the Judeo-Christian sexual ethic. In 1978 Milk was murdered over a non-related political dispute by fellow Democrat Dan White.

And a “progressive” martyr was born.

Harvey Milk was both a pederast and, by extension, a statutory rapist. After I publicly addressed this objective reality in the above-mentioned interview, the liberal blogosphere reacted in, shall we say, an informatively defensive manner.

Here’s what’s especially telling about their reaction. Not one of the dozen-or-more publications that reported on my comments even challenged their veracity. Not one attempted to refute or deny that Harvey Milk was, in fact, a pederast and a sexual predator.

That’s because they can’t.

One of Milk’s victims was a 16-year-old runaway from Maryland named Jack Galen McKinley. As previously mentioned, Milk had a soft spot in his, um, heart for teenage runaways. Motivated by an apparent quid pro quo of prurience, Milk plucked McKinley from the street.

Randy Shilts was a San Francisco Chronicle reporter and close friend to Harvey Milk. Though Shilts died of AIDS in 1994, he remains, even today, one of the most beloved journalists in the “LGBT” community.

Shilts was also Harvey Milk’s biographer. In his glowing book “The Mayor of Castro Street,” he wrote of Milk’s “relationship” with the McKinley boy: ” … Sixteen-year-old McKinley was looking for some kind of father figure. … At 33, Milk was launching a new life, though he could hardly have imagined the unlikely direction toward which his new lover would pull him.”

In a sane world, of course, the only direction his “new lover” should have pulled him was toward San Quentin. But, alas, today’s America – a burgeoning relativist land of make-believe – is anything but sane.

Randy Thomasson, child advocate and founder of SaveCalifornia.com, is one of the nation’s foremost experts on Harvey Milk. Of the Shilts biography, Thomasson notes, “Explaining Milk’s many flings and affairs with teenagers and young men, Randy Shilts writes how Milk told one ‘lover’ why it was OK for him to also have multiple relationships simultaneously: ‘As homosexuals, we can’t depend on the heterosexual model. … We grow up with the heterosexual model, but we don’t have to follow it. We should be developing our own lifestyle. There’s no reason why you can’t love more than one person at a time.’”

Whereas McKinley, a disturbed runaway boy, desperately sought a “father figure” to provide empathy, compassion, wisdom and direction, he instead found Harvey Milk: a promiscuous sexual predator who found, in McKinley, an opportunity to satisfy a perverse lust for underage flesh.

Another teen who crossed paths with Harvey Milk was Christian convert and former homosexual Gerard Dols. In a 2008 radio interview with Concerned Women for America, Dols shared of how – as a physically disabled teen – the “very nice” Harvey Milk had encouraged him in 1977 to run away from his Minnesota home and come to San Francisco.

According to Dols, Milk told him, “Don’t tell your parents,” and later sent him a letter with instructions. Thankfully, the letter was intercepted by Dols’ parents who then filed a complaint with the Minnesota attorney general’s office.

The incident was evidently swept under the rug.

So what does a man like Harvey Milk get for his apparent crimes? While most sexual predators get time in prison and a dishonorable mention on the registry of sex offenders, Harvey Milk got his own California state holiday (“Harvey Milk Day”) and, more recently, his own commemorative postage stamp, awarded by the Obama administration’s USPS.

As troubling as the postage stamp may be, to me – the father of a soon-to-be-teenage boy – the specter of having a “Harvey Milk Day” forced upon millions of California children, parents and educators is even more troubling. Especially in light of Milk’s own sordid history with minors.

Even so, and quite obviously, not everyone agrees. Some have said that my reality-based assessment of Harvey Milk is “uncivil.” Our historical revisionist friends on the left tend to get a bit snooty when you publicly deconstruct one of their meticulously fabricated mythical martyrs.

I find that odd.

To me, even the mere notion of elevating, to hero status, a man who statutorily raped teenage boys, is what’s uncivil.