Mary Claire Kendall
|
Posted: Apr 19, 2017 9:25 AM
Share   Tweet
The opinions expressed by columnists are their own and do not necessarily represent the views of Townhall.com. 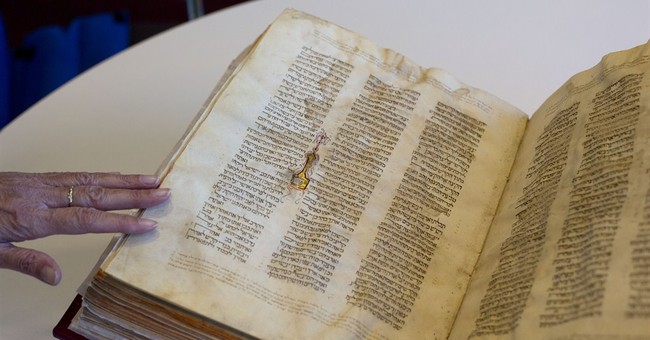 Now that we have relived the Passion, Death and Resurrection of Jesus, one might privately wonder if, personally, it has been as rich an experience as possible.

Just how deeply one enters into the salvific mysteries of this holy season, which continue as the risen Jesus guides the church for 40 more days until he ascends into Heaven from the Mount of Olives, is subject to many factors.  Besides the sacraments and prayer, it is helpful to study how Jesus lived.

Gibson would then endure his own passion, starting in 2006, when his intemperance sent him plunging. Five years ago this spring, as he worked to right the ship, the scurrilous attacks intensified. Of course, Christ came to save all of us, even Hollywood bad boys. With Gibson’s Oscar nominated Hacksaw Ridge, it is clear he’s back on track.

His choice of filming The Passion in Jesus’ native language was certainly inspired, and intriguing.  Since last June when I inherited a work of historical fiction about Jesus’ mother Mary from my late co-author’s estate, I began to contemplate how I might enter into their world more fully.  A trip to Israel? De rigueur. But, studying the language in which they spoke? Now that’s an idea! And, not so remote. The Israeli Institute of Biblical Studies founded by the Binnun brothers, Yariv and Boaz, in Tel Aviv in the year 2000, teaches Biblical Hebrew, the language in which the original Bible text was largely written, online.  They initially marketed their courses to Israeli students in need of boning up on their Hebrew; then to Israeli children living abroad with their Foreign Service and international business parents, lest they lose this important connection to their cultural and religious roots; and later to mature non-Hebrew speaking Jewish audiences internationally.

Their core business was developed from scratch, aided by Boaz’s facility with computer language and technology. That they are making the task of learning languages easier is illuminated by their business success: 21 million in revenues (USD) in 2016, 260 employees, 250 teachers and 100,000 customers and alumni.

Now, the brothers are reaching out to vast Christian audiences.

A practical example of how learning Biblical Hebrew can aid one’s faith journey is found in the word “Shema,” which, in Hebrew, means “hear or listen.” It is, in fact, the first word of “The Shema,” from Deuteronomy 6:4-5, recited every morning and evening by devout Jews, following a century’s old tradition: “Hear, O Israel, the Lord is our God. The Lord is one. And, as for you, you shall love the Lord your God with all of your heart, with all of your soul and with all of your strength.” But, “Shema” means much more than “hear.” In fact, it means to ‘pay attention to, focus on, and, to heed.’

So many words from Salvation History, when considered in light of their Biblical Hebrew meaning, enhance faith and understanding. For example, “Adam,” the first human being to set foot on earth, means “of the earth.” And, Bethlehem means “House of Bread,” which resonates with the manger, a feeding trough, and with John 6 and the miracle of loaves and fishes.

Or consider Abraham, one of the foremost Old Testament patriarchs, whose name in Hebrew is pronounced “Avraham.”  Comprised of two Hebrew words, “Av,” meaning “father,” and “hamon,” meaning “many,” Avraham thus translates into “father of many.” “Your name,” according to Genesis 17:5, “will no longer be Avram [exalted father], but your name will be Avraham [father of many], because I have made you the father of many nations.”

Maybe it’s time to give Hebrew a whirl.

Israel can’t be far behind.