Maryalene LaPonsie
|
Posted: May 30, 2018 1:00 PM
Share   Tweet
The opinions expressed by columnists are their own and do not necessarily represent the views of Townhall.com. 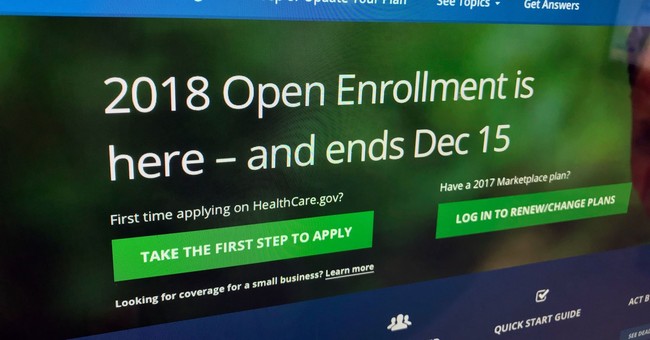 The repeal of Obamacare didn’t work, and it’s understandable to want to try a different sort of fix for a health insurance system marked by skyrocketing costs. However, state-authorized expansion of short-term insurance plans is most certainly not the right way to do it.

An Executive Order signed by President Donald Trump last October will let states grant greater use of what is known as short-term limited duration insurance (STLDI). While giving power over these types of policy decisions back to the states is to be applauded, state leaders should be very careful before they let more people sign up for longer stints on short-term plans.

Doing so could pull healthy people from the government Health Insurance Marketplace – where those so-called Obamacare plans are sold – which will, in turn, drive up premiums for those who are left. Once premiums get high enough and constituents get angry enough, the political will might be found to finally repeal and replace the Affordable Care Act, aka Obamacare, but in the meantime, we will all pay a steep price.

Among the key provisions of the Executive Order is the opportunity to expand access to association health plans (AHP) as well as STLDI. AHPs are policies offered by industry associations to their members while STLDI is intended to provide health insurance for only a few months in the event someone has a lapse in coverage.

Most AHPs and STDLI are exempt from Obamacare rules. That means they can have deductibles of $20,000, they don’t have to cover well-child visits to the doctor and they can put a cap on the benefits they pay. The can also exclude people with pre-existing conditions, charge more based on age or gender and keep a greater percentage of profits for themselves.

Since they don’t have to adhere to Affordable Care Act standards, AHPs and STDLI can be significantly cheaper than buying insurance through the government Health Insurance Marketplace. With health insurance premiums on the rise, it stands to reason that more people will move to these cheaper options if they are available.

However, it won’t be the parents with sick kids who switch coverage or the folks with cancer or anyone else who can reasonably expect to have significant medical costs in the upcoming years. Those people will stay with the exchange plans where they get better benefits. The folks that will switch to plans with low costs and crummy coverage are healthy adults.

When healthy people leave the exchange, premiums rise for everyone who’s left behind. A study from healthcare innovation firm Avalere estimates 3.2 million people will enroll in AHPs and that alone will result in a 3.5 percent premium increase for everyone else left buying insurance on the individual government exchange.

If premiums get too high, people might not be able to afford coverage, no matter how much they need it. And if they drop their plans, don’t think that won’t affect you. We all pay when the number of uninsured people increase.

STLDI is a short-term solution for those facing a lapse in coverage, but it’s no substitute for a regular policy. Consider the findings of a Kaiser Foundation analysis of short-term insurance plans:

When people can’t get treatment for mental health concerns or substance abuse, it puts not only their own safety at risk but that of our communities as well. When people can’t get their prescription drugs, they end up in the ER where taxpayers and other patients indirectly pick up the tab. When women without insurance have babies, state Medicaid programs may pay but, again, the cost is ultimately passed on to taxpayers.

It’s not only state Medicaid programs that will pay too. As premiums on the Health Insurance Marketplace increase, we can expect the federal subsidies tied to them to increase as well. In fact, Medicare’s chief actuary estimates that opening the doors to short-term insurance policies will cost the federal government $1.2 billion next year and $38.7 billion over the next ten years.

To sum it up: President Trump’s Executive Order hands over power to make policy decisions about short-term insurance back to the states. That’s a good thing. But states need to be wary about using that power.

In theory, expanding access to these plans will allow healthy adults a chance to buy cheaper health insurance. However, the reality is that those who switch will end up with subpar coverage, premiums will skyrocket for those left on the exchange and the government will pay through the nose for subsidies and care for the uninsured.

The federal government is the one that failed to present a viable alternative to Obamacare. Now, they seem to think telling states they can expand access to STLDI will somehow solve the problem. However, they are only setting up states and working families for higher costs. That is unacceptable. The government needs to do better.