A Matter of Seeing 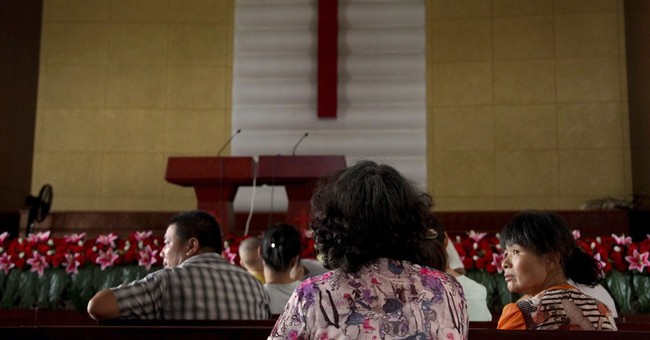 Author's note: This column has been reprinted with permission of WORLD.

“While the religious right views religion as a fundamental, and indeed essential, part of the human experience, the secular left views it as something more like a hobby, so for them it’s as if a major administrative rule was struck down because it unduly burdened model train enthusiasts. That emotional disconnect makes it hard for the two sides to even debate; the emotional tenor quickly spirals into hysteria as one side says ‘Sacred!’ and the other side says, essentially, ‘Seriously? Model trains?’”

Yup, sacred, as the 450-year-old Heidelberg Catechism suggests by asking in its question No. 1, “What is your only comfort in life and death?” The great answer: “That I am not my own, but belong with body and soul, both in life and in death, to my faithful Savior Jesus Christ. He has fully paid for all my sins with His precious blood....By His Holy Spirit He also assures me of eternal life and makes me heartily willing and ready from now on to live for Him.”

Say that to a rude secularist and he’ll call a psychiatrist. Say that to a polite one and he may respond, “So you like model trains, do you?”

But it’s even worse than that. The premise of a terrific movie turned 25 this year, “Field of Dreams,” is that Ray Kinsella of Iowa turns a cornfield into a ballpark and long-dead major leaguers, including Shoeless Joe Jackson, show up. Ray’s problem, though, is that they’re invisible to almost everyone, and he’s going bankrupt, much to the disgust of his brother-in-law, Mark.

Mark trusts his own unseeing eyes. He tells Ray, “You’re going to lose your farm....You build a baseball field, and you sit here, and stare at nothing.” But suddenly, a traumatic incident changes Mark’s vision and he does a 180, telling Ray he must not sell the farm. The earlier see-ers rejoice: Mark is now one of them.

I’m not at all suggesting that “Field of Dreams” is an evangelical film, because it surely is not: In one scene it even takes a potshot against someone clearly supposed to be a member of the “religious right,” and thus a “book burner.” But what the movie fancifully shows is what millions of Christians (including myself) have experienced: A formerly invisible part of the world becomes visible, and that changes everything.

This is the sense in which Tertullian’s question from 1,800 years ago—“What does Jerusalem have to do with Athens?”—is still the question every Christian teacher and parent needs to grip. The fundamental difference between Christian and public schools is not that one has a chapel and one doesn’t, or even that a student in the former may learn who Tertullian was. The difference between Christian homeschooling and other pedagogical pursuits is not that one has prayer and one does not, although that’s getting closer to the essential difference: a matter of seeing.

The prime purpose of Christian education is not to instill in students a certain set of behaviors, although that may be a side effect of good teaching and learning. It’s not even to put into our pert parrots’ heads a certain amount of factual information, although a well-stocked memory is a great aid.

No, our greatest educational task is to help students see the whole population of the world, including that which secularists do not think exists. When we see that the world is spiritually as well as materially populated, every aspect of life looks different. That’s why Christianity isn’t a hobby, and why life is more than the sum of our diversions.

Parents and teachers cannot make children see what’s invisible to many of their peers, because only God opens eyes—and in today’s society Christian kids face sneers. Nevertheless, the Bible teaches us to walk and talk with our children, and then pray ardently for their salvation. While we can and should try to be a helpful presence at public schools (see “Portland public,” in this issue), we should also sacrifice mightily to grow Christian education. I’m thankful for the many teachers and parents who do just that.