Freed But Not Free 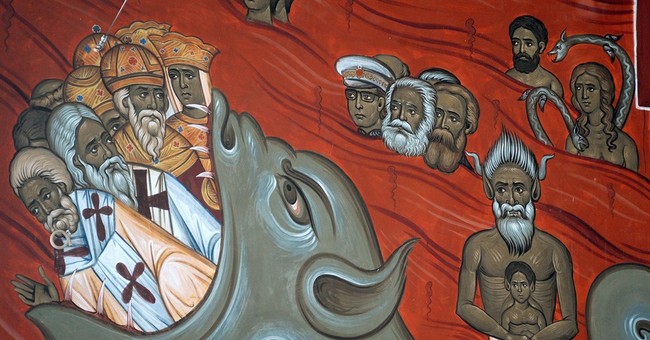 “Jesus” is not only the answer to just about every question in Sunday school. He’s also the answer to the question, “Who’s the best news commentator ever?” For example here’s a headline: “Tower in Siloam Falls, Kills 18.” And here’s the news analysis from Jesus: “Do you think they were worse offenders than all the others who lived in Jerusalem? No, I tell you; but unless you repent, you will all likewise perish” (Luke 13).

I’ve just returned to America after visiting five countries that used to be part of Yugoslavia. One commonality was evident: Communism’s slow dying a quarter-century ago did not lead to happy-ever-after living. Totalitarianism gave way to authoritarian regimes, and that’s no small mercy, but the tallest stalk still gets the sickle. Journalists, for example, are no longer jailed by the thousands for telling the truth, but a few murders go a long way toward getting others to hunker down.

Sadly, the death of communism has not brought economic freedom, for country after country did not move from Marx to markets. Most moved from governmental control to control by those chosen by government. I’ll be writing more in future months about the past and present of these countries, but here now are tidbits from three interviews:

It’s like this throughout the former Yugoslavia on big deals and small ones. A resident of Serbia needed 16 or 17 stamps to get a construction permit for his house, with bribes the common currency. Bosnia is gridlocked politically and economically, and one Sarajevo whistle-blower smoked cigarette after cigarette as she nervously told me about the corruption she has witnessed.

It’s easy to say, that’s the Balkans, where warring ethnic groups killed each other throughout the 20th century—but news analyst Jesus wouldn’t stop there. The use of governmental power to attain wealth in ways that hurt the unconnected is common even in the United States. Democrats mix socialism with crony capitalism, and many Republicans seem to have signed a Declaration of Dependence that pledges them to support life, liberty, and the pursuit of special favors.

We all know the Obama administration plays favorites—can you spell Solyndra?—but many GOP leaders have supported agribusiness subsidies and corporate bailouts. A key test is coming soon: When the charter of the $27 billion Export-Import Bank, which began 80 years ago as a device to help the Soviet Union, ends on Sept. 30, will Republicans vote to reauthorize subsidies for the favored 2 percent of exporters?

Another reason to avoid saying that’s the Balkans: U.S. crony capitalism is not just a Washington phenomenon. As WORLD reported in 2011, SpectraWatt (which received New York taxpayer funds) and Evergreen Solar (Massachusetts taxpayer funds) declared bankruptcy just weeks before Solyndra collapsed. Those two states are Democrat-controlled, but our story pointed out hundreds of millions in taxpayer-backed loans given to government favorites in Republican bastions such as Mississippi and Texas.

In the Old Testament, the prophet Amos thundered not against hard work to gain wealth, but against those who “exact taxes of grain,” “stretch themselves out on their couches,” and “trample on the needy.” Pray for the people of Eastern Europe, freed from Communism but still not free, economically or spiritually. But also pray for us.