Marvin Olasky  |  Nov 12, 2013
The opinions expressed by columnists are their own and do not necessarily represent the views of Townhall.com.
Top Columns
Trending on Townhall Media 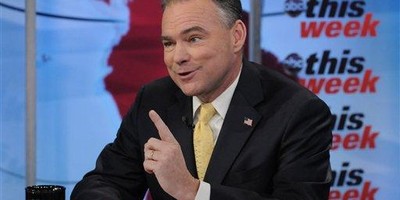 This is a story about two honest gay writers, Randy Shilts and Stephen Jimenez; about a victim/perpetrator of 20th-century plagues, Matthew Shepard; about propagandists, kids who crudely rebel against propaganda, and those who force kids to attend re-education camp.

Randy Shilts wrote And the Band Played On (1988), then died of the disease he was among the first to chronicle, AIDS. Radical activists attacked fellow gay Shilts for documenting the refusal of many homosexuals to acknowledge their own responsibility for sexually promiscuous behavior. This year Jimenez, also gay, came out with The Book of Matt: Hidden Truths About the Murder of Matthew Shepard. He’s also under attack.

Matthew Shepard, you may remember, died 15 years ago in Wyoming and achieved immediate homosexual sainthood. President Bill Clinton, under attack because of his own philandering, was among the many to declare that heterosexual homophobes had crucified a kind and innocent 21-year-old gay guy. But journalist Jimenez, after a decade of research, argues that Shepard was a major methamphetamine dealer who had a sexual relationship with one of the attackers.

New York’s Tectonic Theater Project boosted the Shepard hagiography by creating The Laramie Project, a monologue-filled play that teachers over the past decade have pushed high-school and college students to perform: You can see the script and a bunch of homilies from it online, along with e-notes and other shortcuts for kids who try to avoid tendentious tedium.

The Book of Matt details that two Laramie residents, Shannon Shingleton and Jenny Malmskog, had spent “days and days” at drug parties frequented by both Matthew Shepard and his murderer, Aaron McKinney. Malmskog said she talked to the creators of The Laramie Project “for hours.” Shingleton said she told them “everything I knew,” including Shepard’s and McKinney’s crystal meth involvement, and was “angry at how fake” and falsifying The Laramie Project is.

When a Monica-beleaguered Clinton likened Shepard’s murder to the racist lynching of James Byrd Jr. in Texas four months earlier, and urged passage of a federal hate crimes bill, he probably did not know the drug crime reality. President Barack Obama, when he signed in 2009 the Matthew Shepard and James Byrd, Jr. Hate Crimes Prevention Act, may not have known that Shepard’s murder was more a drug crime than a hate crime. But what did The Laramie Project lionizers of Shepard know, and when did they know it?

The next scene of our story occurred last month at the University of Mississippi, where 125 persons, including freshman students in a theater appreciation course, sat through a production of The Laramie Project. About 20 of the students were freshman football players probably taking the course after being told they could pass it easily: You just have to go sit in a theater, what could be hard about that?

Apparently, given the particular play, it was hard. Students became restless. Two New York Times investigative reporters learned about “giggling, inappropriate coughing and burping,” and the possible use of a derogatory term for homosexuals. One 20-year-old, Ashley Kozich, wisely said, “It was a bunch of teenage boys being stupid.”

But no one could leave it at that. Officials came to the theater and told the athletes to apologize, but Ole Miss theater department head Rene Pulliam said they did not seem to “understand what they were apologizing for.” Then the university’s “Bias Incident Response Team” swung into action and said students who attended the play should attend an “educational session.”

With Mississippi Chancellor Dan Jones warning that disciplinary action could range from a public apology to expulsion, the students showed up and learned to keep their thoughts to themselves or—better yet—not have any negative thoughts about homosexuality in the first place. Val Ross, assistant dean of students for multicultural affairs, announced that “students will have multiple opportunities to acknowledge and celebrate LGBTQ groups on campus.” It looks like EDHE 105, a freshman-level class that introduces Old Miss freshmen to college life, will also include more propaganda.

Mississippi a half-century ago struggled through racial integration. Now, administrators and many students have bought the lie that the gay rights movement is the successor to the civil rights movement—but the latter was biblical and the former is anti-biblical. The Bible teaches that the truth makes us free, and lies enslave us.