Martin Baker
|
Posted: Jun 12, 2021 12:01 AM
Share   Tweet
The opinions expressed by columnists are their own and do not necessarily represent the views of Townhall.com. 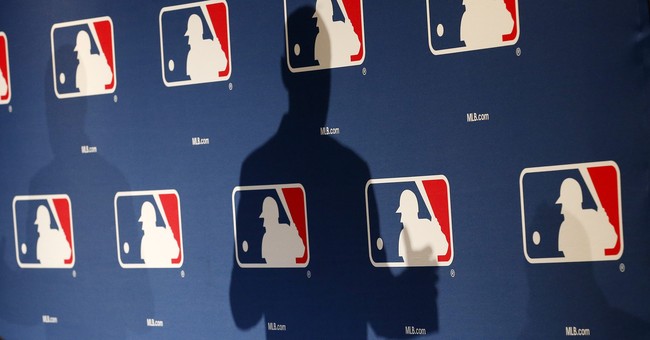 By moving the All-Star Game from Atlanta to Denver because Georgia is protecting peoples’ votes, Major League Baseball is hypocritical in its rationale.

MLB Commissioner Rob Manfred stated that the “best way to demonstrate our values as a sport” would be to move the upcoming All-Star Game and its Entry Level Draft out of Georgia. The decision came after the state’s legislature passed and Governor Brian Kemp subsequently signed the “Election Integrity Act of 2021” into law. Opponents of the new law decried it as racist, oppressive and disenfranchising.

This voter integrity measure has been attacked for allegedly denying persons of color the ability to vote. It’s claimed it will punish those who simply want to offer comforts such as food or water to voters standing in line or those without identification. But these premises are based on the bigotry to low expectations that blacks cannot obtain identification or get to the polls without the aid and protection of government.

MLB nonetheless abandoned Atlanta, becoming the third league to move an event to exert political pressure. The NFL moved the 1993 Super Bowl from Arizona to Los Angeles after Arizona voters rejected Martin Luther King Day as a state holiday, and the NBA moved its All-Star Game out of Charlotte in 2017 after the North Carolina legislature passed a law requiring transgender persons to use public restrooms corresponding to the sex on their birth certificate.

While the governing bodies of a professional sport are well within their rights to put their events anywhere they want, doing so under the premise of being socially responsible is flawed at best and inherently wrong at worst. It is hypocrisy more often than not, and it usually affects the same groups of people it purports to respect and want to protect.

That’s why the All-Star Game moving to Denver has led to a lawsuit on behalf of local Atlanta businesses.

Atlanta and its metro area will no longer have the anticipated major economic infusion that they bid for and had been awarded long ago. Cobb County Georgia officials are now speculating a loss of nearly $100 million in potential revenue.

There are far-reaching implications for the decision beyond the virtue-signaling affirmation for Manfred and his colleagues that will soon be forgotten by the rest of America. Keep in mind that nearly a third of all businesses in Atlanta are owned by black Americans. Nearly 8,000 hotel rooms in the metro area had been on standby for the League, its fans and the media who would have been there to cover everything surrounding the event.

And some of that revenue would have been used to repay the financing of Truist Park, which benefitted from nearly $400 million in public funding for its construction. Cobb County and its taxpayers are on the hook annually for nearly $23 million to retire that debt.

That’s why the Job Creators Network (JCN) sued MLB  – albeit unsuccessfully – for $100 million in economic damages to Atlanta businesses and a $1 billion punitive fine. “MLB robbed the small businesses of Atlanta,” said JCN CEO and president Alfredo Ortiz, “many of them minority-owned… we want the game back where it belongs.”

Think about it. If the rationale for moving the All-Star Game out of Atlanta is to protect the integrity of the game and stand in support of “disenfranchised” and “suppressed” – meaning black – voters, then why is MLB now rewarding Denver with all of the economic benefits of hosting the game...which is nearly 76 percent white.

Martin Baker is a member of the Project 21 black leadership network.