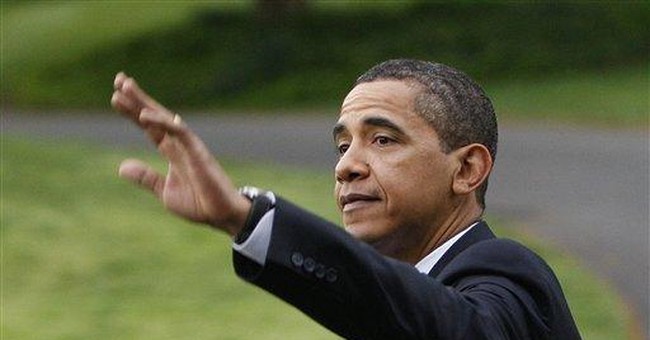 Some people I know react with incredulity when they hear television commentators remark on President Barack Obama’s brilliance. “How can he say that?” they expostulate. “He doesn’t understand basic economics, and he relies on a teleprompter even during news conferences. This guy is in over his head.”

It is true that Obama’s policy preferences are economically unsound. I first commented on that a year ago when I lamented his preference for foreign aid, which has a record of dismal failure, over the market alternatives—foreign trade and foreign investment—that have lifted many countries out of poverty. Okay, so he’s not a good economist. So what? We don’t elect economists as presidents. We elect politicians as presidents—and Obama is a brilliant politician.

As my Economics 101 students learn, politics often trumps economics in public policy. Political success depends on winning the support of a majority of voters, and since a majority of voters are economically ignorant, it shouldn’t surprise us that elected officials adopt economically unsound policies. Consider that, by all accounts, Obama’s role model, Franklin Roosevelt, was clueless about economics, yet he was so skillful at knowing whose bread to butter with federal dollars that he was elected four times. Obama, like FDR, seems to have the same knack.

As for the teleprompter crutch, the president is following a highly choreographed, pre-planned strategy designed to play to his constituencies. Like master chess players, Obama and his brain-trust have planned many moves ahead. All Obama has to do is follow the script.

Think of Obama as the public face of a large corporation (a multinational corporation, perhaps). Clearly, a young one-term senator from Illinois didn’t build his massive Internet fund-raising army and organize his Cinderella presidential campaign with the help of just a few buddies. I’ll leave it to the investigative reporters to shed some light on the many branches of Obama, Inc., but this huge organization’s strategy might have already checkmated the Republicans for the next few election cycles.

Here is how I see Obama, Inc.’s “grand strategy.”

Take the heat now for fiscally irresponsible massive spending initiatives. Yes, this spending will saddle our children with enormous debt in the long run and threaten to exhaust the capital markets in the short run (which is why, I believe, the Federal Reserve has signaled its intention to purchase government debt with newly created money in the hope of keeping interest rates artificially low), but American voters have notoriously short memories.

By asking for the moon now—for more spending than he could ever dream of getting—Obama will “settle” for half a moon. Very clever bargaining! The new spending will still be way too much, but it cleverly provides the opportunity for Democratic legislators running for reelection in 2010 to campaign as fiscally responsible, relatively speaking, playing good cop to Obama’s bad cop.

I can hear those legislators now, “I completely sympathize with President Obama’s desire to take care of all your health-insurance needs, mandate a shift to alternative energy, increase educational opportunities for our young, etc., etc. However, our country has suffered through economically difficult times, so I reluctantly, but responsibly, voted to cut $200 billion from the president’s budget.” Of course, what they will call a “cut” will actually be a huge spending increase, just less huge than Obama’s unrealistic wish.

Obama has described some of his proposed spending increases (e.g., increased health-care spending) as a “down payment” on future increases. He knows that once Americans get used to receiving a government benefit, they believe they are entitled to it and resent attempts to curtail it. This puts Republicans in a difficult position: Whatever percentage of the eventual Democratic/Obama spending increases they propose to undo, the Democrats will blast them with heated charges that heartless Republicans want to rob the poor of health care and educational opportunities. Even if Republicans miraculously manage to cut Obama’s proposals in half, the net effect would be fiscally destructive, gargantuan spending increases, and Republicans will still be portrayed as Scrooges.

I wonder, though, if Republicans are even capable of resisting Obama’s quantum expansion of government. In the recently adopted spending bill, Republican senators joined their Democratic counterparts in business-as-usual by inserting earmarks. Writing in The Washington Times, in March, Sen. Judd Gregg (R-NH) declared, “It is reasonable for the government to try to pull us out of this downturn by spending and borrowing …” (Shades of Pres. Nixon’s “we’re all Keynesians now!”) Former Louisiana Congressman Bob Livingston, who was elected to succeed Newt Gingrich as Speaker of the House, but resigned instead, was quoted in the March 22 Pittsburgh Tribune-Review as saying, “the role of government (is) … to do things for people who cannot do for themselves,” which essentially rationalizes the virtually unlimited role for government that Democrats espouse.

The Republican mainstream remains mired in the old Nixon-Rockefeller-Ford-Bush-Dole Republicanism that never offered an alternative vision of government to the Democrats, but merely tried to keep the cost of Democratic programs from running out of control. The Democrat-lite brand still leads to loss of liberty and national bankruptcy; it just doesn’t get there as fast.

Could it be that Obama, Inc. has the GOP checkmated?