Happy With a "Do Something" President; Grassroots Won’t Stand For a “Do Nothing” Congress

Mark Meckler
|
Posted: Feb 28, 2017 12:01 AM
Share   Tweet
The opinions expressed by columnists are their own and do not necessarily represent the views of Townhall.com. 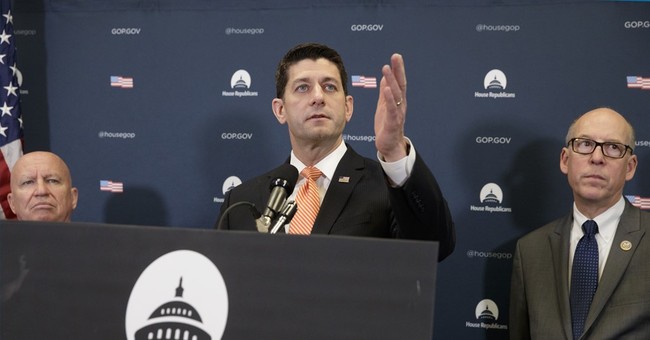 It’s a great time to be alive, isn’t it? ?So far, 2017 is living up to its promise to be an unpredictable, exciting year in politics… ?but not if you listen to the main stream media. ?The hand-wringing reporters are doing their best to undermine the trust our citizens have in our newly elected President, Donald Trump.

No matter what the media says, grassroots activists?see President Trump as a man who’s not afraid to take?action to keep his campaign promises.?(Are politicians even?allowed?to keep their promises? ?Who knew?)?Largely, Americans are satisfied with the new President’s bold, controversial actions. ?In fact, the more the media freaks out, the higher Trump’s approval ratings soar amongst his base.

A?new NBC-Wall Street Journal poll shows that Trump’s message –no matter how hard the press tries to undermine it - appeals to normal Americans. Chris Cillizza of the Washington Post writes, “for all the stumbles and bumbles in his first month in office, his fundamental message of change continues to appeal to a good-sized chunk of the population.”  Heh.  He goes on to point out that 77% of people who responded to the poll said Trump would bring about real change; 40% said he would ‘very’ likely bring about change. “That's, broadly speaking, a good thing for Trump considering how much people dislike Washington and politics more broadly,” Cillizza writes.

Forget “more broadly,” Chris.  We hate one group in Washington very specifically: Congress.  In 2011, approval rating for Congress members of any party sank to record lows. Gallup reported that Republicans, independents, and Democrats were all between 11% to 15% approval.  Guess what?  It’s not gotten any better.  Most recent measurements show that the needle hasn’t budged.The approval rating of Republican Congressmen is at 13%… making lice, used car salesmen, colonoscopies more appealing to the average voter. ?

I know why.  It’s difficult for normal Americans?to understand why Congress — which has?had months since Trump’s election — doesn’t?have a plan on the table to repeal Obamacare and enact meaningful?tax reform.

Tomorrow, America waits with bated breath to see what happens when Trump makes his first address to Congress tomorrow.   The White House has already circulated some of his talking points.  According to Politico, the President will offer an “‘optimistic vision’ for the nation that vows to push a ‘bold agenda’ on tax and regulatory overhauls, reforms in the workplace and a promise to ‘sav[e] American families from the disaster of Obamacare.’”

Good.  This will put the onus will be?on Congress?to get it done.??People will see a Democratic obstructionist party in the wilderness, sitting on its hands and working to move forward on nothing except the destruction of the President.???The real question is,what will we?see in Republicans??

Will we?see a bold, fresh, invigorated majority party in Congress, working to immediately implement the President’s agenda, or will we?see the?same, “do nothing” Republicans we’ve?come to loathe?

After the President makes his speech, the ball will be in the court of the Republican majorities in the House and Senate.??The grassroots that gave you?the majorities are NOT going to sit by and be content with complacency or incompetence. ?Under President Obama, you’ve cloaked?your inaction with?partisan gridlock.