Really? The Chicken as Endangered Species

Marita Noon  |  Feb 10, 2013
The opinions expressed by columnists are their own and do not necessarily represent the views of Townhall.com.
Top Columns
Trending on Townhall Media 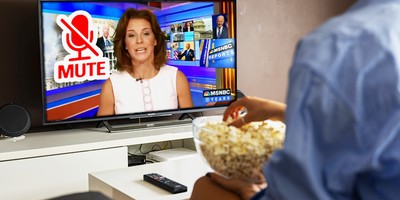 No one wants to send a species to extinction, but when a chicken that can be hunted and cooked for dinner is proposed as an endangered species, one has to question the entire program. When that proposed endangered species listing brings together representatives from oil, gas, and wind energy companies—as well as ranchers and farmers—you can be sure changes are needed in the way the Endangered Species Act (ESA) is applied.

In a recent editorial, New Mexico’s Congressman Steve Pearce said: “The Endangered Species Act is one of the most heavy-handed unbending laws we have. …it gives bureaucrats the power to destroy entire economies with hardly a second thought.”

In 2011, the Fish and Wildlife Service (FWS) entered into a massive settlement with environmental groups, in which the agency promised to address more than 250 candidate species it had previously found warranted protection but were precluded from listing due to a backlog. As a part of the closed-door agreement, the FWS also pledged to review hundreds more species proposed for listing. It is the “sue-and-settle agreements,” as Senator David Vitter (R-LA), the top Republican of the Environment and Public Works Committee, calls them, that have required the government to act. Vitter says: “This future regulation could prohibit many beneficial uses of tens of millions of acres of private property. All this was set in motion while no affected landowner or other stakeholder was given any opportunity for input.”

Addressing the proposed LPC listing, House Natural Resources Committee Chairman Doc Hastings(R-WA) said: “This proposed listing is a prime example of how the ESA is being driven by litigation instead of science. The Lesser Prairie Chicken was one of hundreds of species included in a settlement agreement between the Department of the Interior and litigious environmental organizations.”?

Now American taxpayers are left to fight the detrimental impacts of the settlement. Knowing the actual costs of designating lands as critical habitat—that would limit activity on large swaths of private property and state lands—state governments and stakeholder groups are spending millions of dollars to voluntarily limit threats to the species proposed for listing. These efforts are often called Candidate Conservation Agreements (CCAs). A recent letter to Dan Ashe, Director of the Fish and Wildlife Service, signed by 23 Senators, addressed proposed revisions to the economic impact analyses required by the ESA. In the letter, they state: “Such an approach is in direct contrast to the intent of Congress when the requirement for an economic analysis was inserted into the ESA in 1978."

Citizens of Texas and New Mexico who turned out in droves for the 2011 and 2012 hearings about the sand dune lizard and successfully prevented its listing are irritated that they must, once again, turn out for the dog-and-pony-show in an attempt to save their jobs and lands from government encroachment. LPC hearings will be held this week in Lubbock, TX, and Roswell, NM—and, yes, a turnout of hundreds is required and expected.

Last week hearings were held in Kansas and Oklahoma.

At the hearing in Oklahoma, Susan Jacobsen, southwest regional chief of the US Fish and Wildlife Services' Division of Threatened and Endangered Species, introduced the topic by saying: “it is likely that the lesser prairie chicken will become endangered within the foreseeable future (emphasis added).” At the hearing, a variety of local officials pleaded for time to allow the CCAs to work. State Senator Mike Shultz (R) referenced a recent aerial survey of the LPC habitat which show more than 37,000 birds counted across the range—despite record droughts: “I believe it's critical for the US Fish and Wildlife Service to allow this plan to be fully implemented and see the results we expect before any risk determination is made.” Tyler Powell, office director for the Oklahoma Office of the Secretary of Environment, said that “efforts to preserve the prairie chicken should preclude federal intervention and listing on the endangered species list.”

At the same hearing in Oklahoma, local rancher Alan Jett asked to keep the conservation “efforts on a more local, state level.” He pointed out that the majority of the “birds reside on privately owned land.”

Congressman Tim Huelskamp (R-KS) Sums up the concerns of his constituents: “Amid historic drought in the Great Plans, the last thing we need is another federal agency intruding into the lives and private property rights of Americans. In this case, we are talking about a bird that is populous enough that we can still hunt them in Kansas. This is not about preservation of a species; it’s about federal control of private landowners and limiting the ability to develop and grow rural America. Bureaucrats are becoming an invasive species in America’s heartland.”

Pearce recalls the economic impact the hastily-made decision to list the Mexican spotted owl had on New Mexico: “Our state lost hundreds of good paying, middle class jobs, all because of one reckless decision.” Regarding the spotted owl listing, he reports: “Earlier this year, Fish and Wildlife reevaluated its decision. They casually mentioned that logging wasn’t the problem after all. In fact, they said we need to bring logging back, because forests have grown so overcrowded that the owl is now at risk because of fires!”

While President Obama is giving his State of the Union Address, in which he will likely outline his key priorities for the fiscal year and the need for job creation—hundreds of people (including Congressman Pearce and myself) will gather in an airplane hangar in Roswell, NM, to rally against the Administration’s efforts to endanger their jobs. Following the rally, the concerned citizens will attend the FWS hearing (6:30-8:30) to voice their concerns.

Everyone is needed to attend the upcoming hearings in Lubbockand Roswelland/or comment on the FWS website. As is evidenced by the 2011 settlement, the LPC has plenty of environmentalists speaking on its behalf. Your comments are needed on behalf of the small businesses, family farmers, ranchers, and energy job creators who rely on the surrounding land for their livelihoods, job creation, and economic growth.

The FWS is under the management of the Department of the Interior—formerly headed by Secretary Ken Salazar. Last week Obama nominated Sally Jewell to lead the Interior Department. The New York Timesreports that she has vowed to “balance the agency’s sometimes conflicting mandates to promote resource development and preserve the nation’s natural heritage.” Since the LPC has nothing to do with preserving the nation’s natural heritage, maybe she’ll guide the decision toward promoting resource development—after all the ultimate decision, should she be confirmed, will be made on her watch. The decision, scheduled to be made by September 30, will tell us whether Obama’s second term will focus on what is best for the country, or if it will be filled with ideologues that lean extreme green.