The President's Speech Will Be "Great" 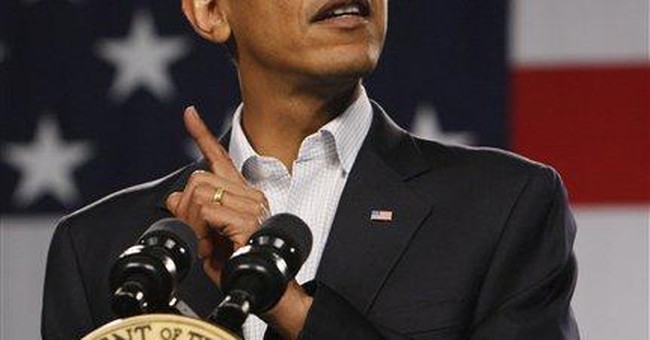 We know President Obama is very gifted when it comes to talking the talk. We also know that it is highly unlikely he will walk the walk. However, the real problem is that, despite this knowledge, you can still find yourself believing what you think you are hearing him say.

President Obama’s rhetoric is so empty it allows you to project your best aspirations into it. Concerned Women for America (CWA) exposed this very early in his presidency. You may recall that the President said on the campaign trail that, although he was “pro-choice,” he wanted to find some “common ground” with pro-life Americans, suggesting he wanted help reduce the number of abortions (about 4,000 a day) performed in this country.

He was right. That would be common ground; we don’t want any babies aborted, so to save even one is a real joy. Naturally, when CWA President Wendy Wright was invited to the White House for a meeting to discuss that “common ground,” she accepted. But she was quickly “put in her place” when she tried to give some input as to the best approach to reducing the number of abortions.

Melody Barnes, the Director of Domestic Policy Council and a former board member of the radical pro-abortion group Emily’s List, led the meeting and corrected Miss Wright, saying, “It is not our goal to reduce the number of abortions.” The goal is to “reduce the need for abortions” (emphasis mine).

I know any reasonable person would think that if you reduce the need for abortion, you would have fewer abortions, but you would be falling into that trap again — projecting your good intentions into their rhetoric. You see, they just want women to have abortions when they want them. The number of abortions is of no concern to them; they could be 40,000 a day as long as that is what the women “want.”

That, as you can imagine, is not “common ground” and it exposes again the danger in taking President Obama at his word. What he means and what you hear might be diametrically opposed.

He was going to bring “change” to Washington, but now he says the problem with health care is the way Washington works. He talked about bringing unity to the country and a new Gallup poll shows he has the most polarizing job approval rating of any first-year president. Remember the promise of an “open, transparent process” for the health care bill with negotiations shown on C-SPAN? Or how about when he chastised then-Sen. Clinton (D-New York) for the individual mandate in her health care proposal, saying, “You can mandate it, but there will still be people who can’t afford it. And if they can’t afford it, what are you going to do? Fine them? Are you going to garnish their wages?” Yes, like all the others, he was against it before he was for it.

We can keep going on and on. Even on the eve of this State of the Union address, he shows his stripes. We are told that he will propose a spending freeze. But he practically made fun of Sen. McCain (R-Arizona) in the presidential debates for suggesting the exact same thing. “Well,” he said, “The problem with a spending freeze is you’re using a hatchet where you need a scalpel.”

So if you want a prediction of what the President’s State of the Union address will be like, I can tell you that it will be beautifully written, inspiring, and challenging. The only problem is what you hear is probably not what he means.

Regardless, I hope we can all agree that we need more than rhetoric. President Obama will need to do more than write great speeches and read them from the teleprompter with a sincere face in order to regain the trust that Americans put in him when they voted for him.