Marina Medvin
|
Posted: Jan 06, 2020 9:09 PM
Share   Tweet
The opinions expressed by columnists are their own and do not necessarily represent the views of Townhall.com. 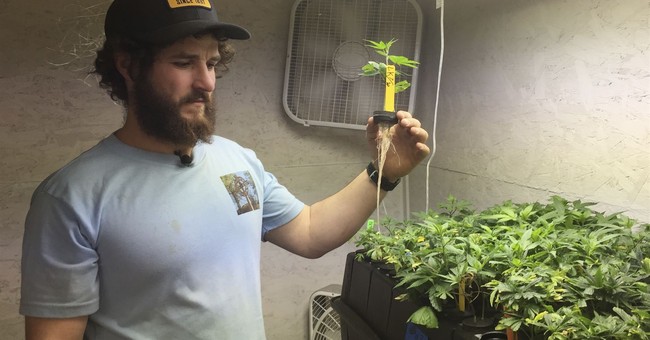 A handful of local police officers and the Honorable Mark C. Simmons, a General District Court Judge in Fairfax County, Virginia, pushed back on the progressive prosecutor backed by George Soros, who took office last week.

The neoliberal Steve Descano has spent his first few days in office attempting to effectuate leftist political agenda with powers that he does not legally have. He declared that his lawyers will not prosecute simple marijuana possession crimes, essentially transforming Fairfax County into a marijuana sanctuary while possession continues to remain unlawful under Virginia state law.

Virginia State Senator Mark Obenshain (R), who is also a licensed Virginia attorney, told the Washington Post that a prosecutor is legally required to prosecute marijuana possession cases, that Descano took an oath to uphold the law. As I previously explained, it is the duty of the legislature to decide on what conduct to regulate, and the duty of the prosecutor to effectuate the laws enacted by the state legislature. This is a standard division of powers found in most U.S. states; a prosecutor does not have the authority to systematically decline enforcement of a particular state law which he dislikes. Descano is engaged in an attempt to usurp the power of the state legislature and to undermine Virginia voters.

In an official advisory opinion issued last month on the question of whether Virginia’s Second Amendment "sanctuaries" have the power to refuse to enforce the anticipated new firearm restriction laws, Virginia’s Attorney General Mark Herring concluded that localities could not decline to enforce state laws enacted by the legislature just because localities disagree with those laws. He added that there is no recognized legal authority that allows localities to refuse to participate in the enforcement of enacted state laws. The Attorney General’s analysis is not limited to Second Amendment sanctuary cities and applies equally to all attempts at subverting state laws, including an attempt at creating a marijuana sanctuary.

Judge Simmons, who has been presiding over marijuana cases since Descano took office, put the prosecutor’s power limitations on full display in his courtroom on Monday. He started by accusing the prosecutor’s office of violating their oath to uphold the laws of Virginia, scolding the leftist prosecutors for attempting to evade their duties.

Only in cases where it was legally appropriate did Judge Simmons permit non-prosecution by the prosecutor’s office.

At one point, the publicly-funded public defenders tried to intervene in a case, to enter their appearance for an unrepresented defendant pro-bono, attempting to bypass the standard application for public defender services required by Virginia law. Judge Simmons said no.

Then, a private attorney entered his appearance for a man he met in the courtroom that day and attempted to assist the prosecutor in dropping the possession charge. The wise judge did not permit this lawyer to proceed right away, opining that this lawyer owes a duty of care to his new client to review the case in full, continuing the case to a later date and telling the accused that he should meet with his lawyer before the next court date. Judge Simmons didn’t just burden this lawyer with the full execution of legal duties to his now pro-bono client, he also sent a warning to the other lawyers in the courtroom who may have been feeling bold: if you wish to help someone pro-bono, this court will hold you to your full responsibilities, this won’t be a quickie.

The most shocking case arose from a prosecutor asking the judge to jail a man for not coming to court for his non-jailable marijuana possession charge. When an officer attempted to prosecute a possession charge in the absence of the defendant, which is permissible under Virginia law when the officer waives jail as a penalty, the prosecutor intervened and asked to continue the case. When the judge declined the continuance request, the prosecutor asked the judge to issue a bench warrant. A stunned Judge Simmons asked if the prosecutor was sure that jail is what his office wished to request, reminding the prosecutor that if convicted of marijuana possession, the defendant would not be subjected to jail time, yet a bench warrant would result in arrest and incarceration. The prosecutor doubled down on this radical position, stating that an arrest is better than a criminal record, advocating an irrational legal position on behalf of the voluntarily absent accused. The prosecutor’s office took the “nanny state” concept to brand new heights, absurdly suggesting that incarceration is better than a marijuana possession conviction, which, by the way, the state legislature is actively working to erase! Not to worry, Judge Simmons did not grant the prosecutor’s preposterous request.