Marina Medvin
|
Posted: Apr 17, 2019 9:33 AM
Share   Tweet
The opinions expressed by columnists are their own and do not necessarily represent the views of Townhall.com. 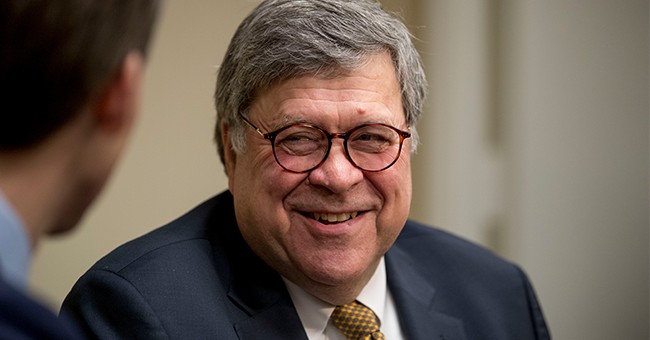 Illegal aliens and asylum seekers have received more favorable treatment by the U.S. justice system than American citizens. For the first time, Trump's U.S. Attorney General William Barr has decided to change this.

The issue is pretrial release, bond.

For regular American citizens or non-citizens tried in state and federal criminal courts, bond is a decision made by a judge who considers issues of prior criminal record, public safety, ties to the community, factors surrounding the pending accusations, and the likelihood that the accused will return to court for trial, amongst other similarly relevant matters. For many charges, Congress and state legislatures will direct judges that a presumption against bond applies, that the accused must be held without bond, and that the accused bears the burden of proof – meaning the accused must prove to the court that he is deserving of release before the trial date. Under these rules, illegal immigrants would likely not receive bond. Neither would Americans who do not meet the qualifications for bond.

And then there are U.S. Immigration courts. These courts deal with criminal law violations and civil infractions related to our border laws. Immigration courts operate under a catch and release policy. An overwhelming majority of suspected illegal immigrants in these courts get out on bond. This is thanks to a 2005 immigration court ruling that guaranteed bond hearings for certain migrants if they pass a "credible fear" interview. About 90 percent of asylum seekers pass their credible fear interview, according to Gregory Chen, director of government relations for the American Immigration Lawyers Association. They are given out bonds like hotcakes.

Once out on bond, the illegal entrants are released into the U.S. and told to come back for their hearings. And wouldn't you know it! Many simply do not return to court. “Recent data from Department of Homeland Security makes it clear – over 40,000 immigrants accused of illegal border crossings last year simply never appeared for their court proceedings,” U.S. Republican Senator Jim Inhofe advised in a press release last summer. What happens to them? They get lost in the U.S. More alarmingly, they get lost and no one tries to find them.

The same does not hold true for those on the run from all other U.S. courts. As I explained in the column US Courts Treat Illegal Immigrants BETTER Than American Citizens:

"In our legal system, if you don’t show up for court when you’re supposed to, a bench warrant is ordered for your arrest, be it a civil or a criminal case. If you don’t show up, you get arrested the next time that you are stopped for a speeding violation and the officer sees you have a warrant out for your arrest. But the same does not hold for “asylum” seekers. When they don’t show up for court for their mandatory hearings, nothing happens. No bench warrant, no process, nada, nothing. Oh, and before I forget to mention it, most asylum seekers - they don’t show up for their hearings. That is the dirty-little-secret that CNN likes to keep hidden in a dark corner."

Barr's decision does not diminish the rights of illegal immigrants as compared to American lawbreakers. Instead, his decision simply fixes a loophole that created preferential treatment for illegal immigrants. Barr's reversal of the catch and release instituted by the G.W. Bush Justice Department creates a more equitable administration of justice under the various U.S. courts.