What Kind of Lawyer Would Tape a Client?

Marina Medvin
|
Posted: Jul 26, 2018 12:01 AM
Share   Tweet
The opinions expressed by columnists are their own and do not necessarily represent the views of Townhall.com. 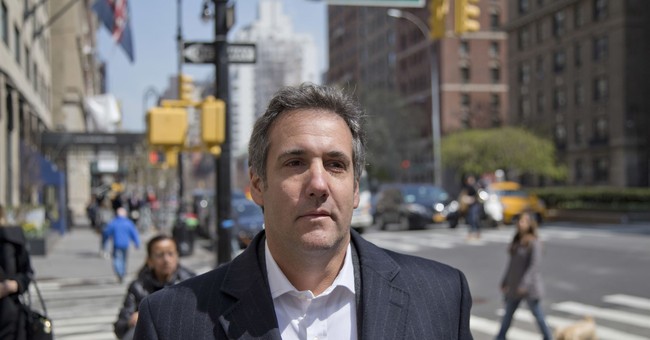 "What kind of a lawyer would tape a client? So sad! Is this a first, never heard of it before? Why was the tape so abruptly terminated (cut) while I was presumably saying positive things? I hear there are other clients and many reporters that are taped - can this be so? Too bad!"

Trump is correct. In the field of law, it is not customary for lawyers to surreptitiously record their clients.

Law is a highly regulated profession, a profession that is also guided by strict ethics rules. Lawyers are agents of the client, required to work on behalf of the client. The client's best interest is what the lawyer must always consider in all decisions made by the lawyer. If a lawyer fears for his personal interests when representing a particular client, and the lawyer takes actions to protect his personal interests which may not be in the client's best interest, then there is a conflict of interest, and the lawyer must withdraw from representing that client.

So what happens when a lawyer, without knowledge and without consent of his client, in opposition to his client's best interests, records his client? For starters, such a recording is in itself a possible violation of the professional responsibility that the lawyer has to his client. This would be a violation of client confidence and client trust in the lawyer. The need for the recording is also suspicious in itself — an implication that the lawyer is concerned about his own personal interests and hence has a conflict of interest in representing that client.

Each State Bar that licenses attorneys has an ethics subdivision, which oversees the professional conduct of the attorneys practicing in that state — like police officers for lawyers. If a lawyer acts in opposition to the interests of his client, then the State Bar may elect to discipline the lawyer. The objective of the ethics committee is to protect the public and clients from misconduct by lawyers, who are people in a position of trust. The ethics committee would review the allegations and decide whether a violation occurred, and if so, what the appropriate penalty should be. The highest penalty is disbarment, which is loss of license to practice law.

The New York State Bar, the overseer of Cohen's conduct, lacks a specific rule on a lawyer recording a client without the client's consent. Nonetheless, there have been Bar opinions published on this issue, which appear to take inconsistent positions on the ethics of doing this to a client. Stephen Gillers, an authority on legal ethics, explained the conflicting opinions when he spoke to The American Lawyer earlier this year: “In New York, an old State Bar opinion says taping without consent is unethical even if legal. The City Bar, in a more recent opinion, takes the position that it is almost always unethical and would be so if it were a routine practice. The County Bar takes the position that it is not unethical if legal in New York. The American Bar Association takes the position that it is not forbidden by the Model Rules.” As of now, “this is an issue on which the national profession has not come to common agreement,” Gillers advised. This means that Cohen may be able to defend against the accusations, or he may be made into a notorious example from which other lawyers will learn.

In Cohen's case, he may have other problems with the Bar as well. If Cohen is charged with any of the Federal criminal offenses that he is being investigated for by the DOJ, the charges will impact the State Bar's decision as to whether his license should be renewed, suspended or revoked.

Will Cohen have to answer to the New York State Bar for these ethics conundrums? We shall see. I can tell you this much for sure — us lawyers watching him, we have our eyes wide open and our popcorn in hand.