Can Women’s Media Be Saved from Social Justice Warriors?

Lisa De Pasquale
|
Posted: Nov 07, 2017 12:01 AM
Share   Tweet
The opinions expressed by columnists are their own and do not necessarily represent the views of Townhall.com. 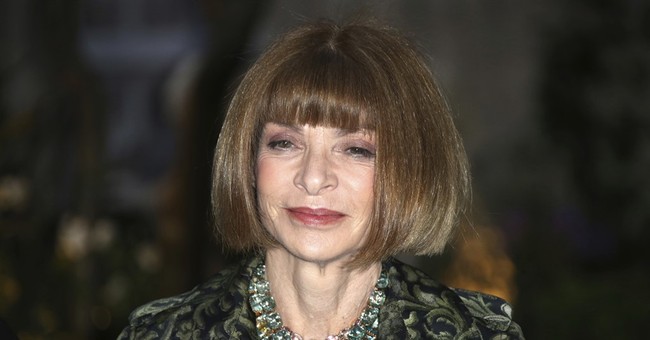 When I was a teenager I was obsessed with magazines like Cosmopolitan, Seventeen, Glamour, and Sassy. I loved the first-person features and short stories, as well as the fashion and makeup articles. For this shy loner, it was like a Frommer’s guide to the popular girls at my school. On the off chance we ever talked, I’d know their culture and customs.

I adored Sassy because it was slightly less vapid than the others. Its founding editor, Jane Pratt, was a hero to me because I wanted to be a writer and she was rumored to be dating the lead singer of my favorite band. In addition to the usual magazine content, there were career and education advice columns and features on real issues around the world. Instead of the “101 Tips to Drive Him Wild,” one cover story was “Make Colleges Want You Bad.” I was too young to know if they had a political bent, but I’m sure they did given Pratt’s politics. However, there is no doubt that it wasn’t as overtly political as women’s media have become.

Today, women’s magazines and websites like Bustle, Refinery29, and the “classics” are trying to earn street cred with social justice warriors by peppering their makeup and style content with political screeds. But is that a good business model?

When Teen Vogue launched in 2003, Vogue Beauty Editor Amy Astley told the New York Times, “We are going to do what we do well, which is fashion, beauty, and style. A lot of other teen magazines are focused on relationships, boys, sex, and embarrassing moments. That is not our equity.”

Last week, Teen Vogue’s parent company, Conde Nast, announced that it’s ceasing production of the print magazine and laid off 80 employees. While a spokesperson said that readers are more digital-minded, it seems clear from what was said at their launch that they’ve veered away from their “equity.”

By no means is Teen Vogue alone in embracing left-wing ideology. Glamour announced it’s giving a Woman of the Year Award to Linda Sarsour, a defender of Sharia law. In the New York Post, Carrie Lukas wrote, “Sarsour is pals with terrorist sympathizers and tweeted that female-genital-mutilation survivor and activist Ayaan Hirsi Ali is asking "4 an a$$whippin" and "I wish I could take their vaginas away — they don’t deserve to be women." Is this really the new poster girl for women’s lib?”

It’s no surprise that women have flocked to places like Instagram, Snapchat and YouTube for style and makeup content now that women’s media is preoccupied with social justice warriors’ agenda rather than the latest style trends.

There are two choices for freedom-minded women who want to change the mainstream media’s efforts to promote left-wing politics and victimhood rather than independence and empowerment: Create or infiltrate.

One great example of women creating a successful alternative is Verily, an online lifestyle magazine that says it is “less of who you should be, more of who you are.” Another example of creating a new product is BRIGHT, a daily newsletter that gives readers a daily rundown of political and culture news. I founded BRIGHT in 2016 as an alternative to The Skimm. Our daily editors are diverse and a mix of those with and without children, single and married, Gen X and millennials, and of various political perspectives that embrace freedom and free market ideas.

In the infiltrate category, the good ones haven’t outed themselves. Women who are just starting their careers are best poised to infiltrate women’s media. Go to mainstream sites and publications rather than seek internships at conservative media outlets. Learn about digital content creation, style trends, advertising, and editing. There will be days when you’ll be miserable and surrounded by people who don’t hold the same values you do. Suck it up. We need a seat at the table and the best way to do that is to learn the craft and participate at their level.

My new novel that’s out today, I Wish I Might, combines both of these strategies. It’s a story about the inner workings of a successful style and culture website, as well as the friction that exists between the predominantly liberal women’s media and readers. In the novel, the main character questions the wisdom of “heroes” like Lena Dunham and causes lots of controversy among social justice warriors foraging for outrage. Not only did I create an online magazine I wish existed, I did so by infiltrating the popular women’s fiction genre rather than writing a non-fiction exposé on women’s media.

If anything positive comes from the social justice warriors’ infiltration of women’s media it’s that it may be the issue that finally demands change or drives women away to alternatives. This year I believe we saw the turning point when Cosmo urged white readers to not let their kids dress like Moana because it’s “racist.” The author wrote:

“Recognize this: Moana is a really special character to young girls of Polynesian descent who have never seen a Disney Princess who looks like them, just like how Tiana from The Princess and the Frog likely resonated with young Black women who had waited decades to see themselves represented. White girls have plenty of princesses to choose from — there's Belle, Ariel, Snow White, Sleeping Beauty … you get the idea.”

In the past, women’s magazines would have embraced the idea that little girls wanted to be Moana. She’s a rare Disney character because her story doesn’t focus on a romantic relationship or finding a prince. Instead, they’re siding with social justice warriors by saying her identity is skin deep. Girls gravitate toward certain Disney characters because of their personality, not their skin color. I always liked Snow White because animals loved her. Now Cosmo and social justice warriors insist that Disney characters’ most important quality is their skin color. What’s next? That white children shouldn’t consider Martin Luther King, Jr. a role model because he’s black? Or that black children shouldn’t consider Bill Gates a role model because he’s white?

Since those days of flipping through magazines in my room, I’ve become the independent, opinionated writer I longed to be as a teenager. It’s a shame that women’s media now wants me to be something else. It’s up to us to save the next generation from being influenced by the small-minded editors, writers, and social justice warriors in women’s media.