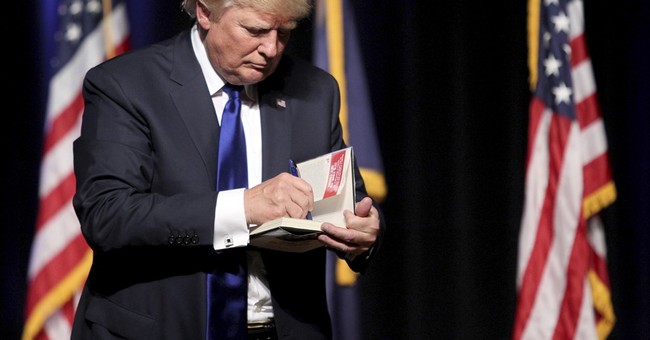 After weeks of hurling nothing but insults at others while proclaiming he's America's savior, Donald Trump has finally issued his first policy paper: Immigration Reform That Will Make America Great Again.

It's short on substance, but the few concrete proposals he makes would wreak havoc on the economy, wreck lives and make government costlier and more intrusive.

Trump says birthright citizenship "remains the biggest magnet for illegal immigration," without, as is his wont, adding any evidence to support it.

There's a reason Trump offers no evidence: because it contradicts his claim. The hysteria and misinformation prevalent on the right imagine hordes of pregnant Mexican women camped out on the border just waiting to cross and give birth to newly minted American citizens at U.S. taxpayer expense. But the facts show otherwise.

An analysis of census data reveals that among births to illegal immigrant mothers in 2009-2010, 91 percent had been in the country for at least two years, and two-thirds had arrived at least five years before giving birth.

Illegal immigrants come here to work, not to "drop anchor babies," an ugly term used to refer to innocent children.

The question of whether these children are citizens by birth is a settled matter of law.

Most who object to the status claim that the 14th Amendment, which states, "All persons born or naturalized in the United States and subject to the jurisdiction thereof, are citizens of the United States and State wherein they reside," applied only to former slaves. While the impetus to pass the amendment was certainly the desire to guarantee citizenship to African-Americans, this was because they were one of only two broad groups who had been denied birthright citizenship prior to the amendment.

The infamous Dred Scott decision of 1857 declared that all African-Americans, whether enslaved or free, were ineligible to be citizens.

Native Americans were the other group denied birthright citizenship, because they were regarded by treaty as members of sovereign nations, a status that did not change until 1924.

Everyone else who was born on American soil from colonial times forward had been considered citizens from birth: British citizens before independence and U.S. citizens afterward.

The tradition, known as jus soli, is nearly universal in the Western hemisphere and dates back a thousand years in English common law.

At the time the 14th Amendment passed, there was considerable debate regarding groups that would be equivalent to today's illegal immigrants, though the distinction between "legal" and "illegal" immigrants did not apply because no laws restricted immigration then.

Sen. Edgar Cowan, D-Pa., railed against those whose citizenship might be affirmed under the new amendment, calling for "expelling a certain number of people who invade her borders; who owe to her no allegiance; ... who pay no taxes; who never perform military service; who do nothing, in fact, which becomes the citizen, and perform none of the duties which devolve upon him."

But he wasn't talking about Mexicans. "I mean the Gypsies," he said.

Another Cowan diatribe sounds eerily prescient of Trump's warnings: "There is a race in contact with this country which, in all characteristics except that of simply making fierce war, is not only our equal, but perhaps our superior." Like Trump a century and a half later, Cowan was worried about the Chinese, or, as he put it, "I mean the yellow race, the Mongol race." They, too, he believed, should be denied citizenship even if born here.

But the amendment passed, without any provision limiting those to whom it applied apart from diplomats and children born to an occupying enemy -- those not "subject to the jurisdiction thereof."

This particular phrase was later litigated in a case involving a man born in San Francisco to Chinese parents who were aliens ineligible to become U.S. citizens under the laws of the times. In 1898, the Supreme Court ruled in U.S. v. Wong Kim Ark that "the amendment, in clear words and in manifest intent, includes the children born within the territory of the United States of all other persons (except children born to enemy aliens and diplomats), of whatever race or color, domiciled within the United States."

Trump is dead wrong on birthright citizenship, and Republicans should not follow him down the rabbit hole.