Discrimination By Any Other Name 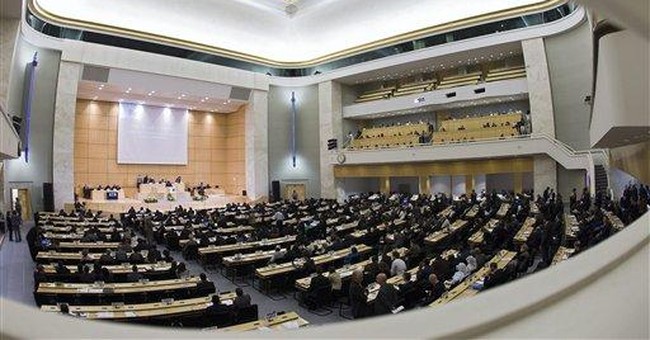 There was a time in America when the color of your skin determined whether or not you could get a job or promotion. Thankfully, Congress outlawed such practices in 1964, and we are a better country for it. But just this week, the U.S. Supreme Court heard a case that could determine that discrimination is OK, so long as its victims are not black.

The case was brought by a group of New Haven, Conn., firefighters who had taken a civil service test to become lieutenants or captains but were denied promotion because the city didn't like the racial outcome of the test results. The highest-scoring firefighters were whites and Hispanics. No blacks scored high enough to be promoted, so the city decided to throw out the test results, and 17 white firefighters and one Hispanic, who were denied promotions, sued.

One of the more interesting aspects of this case involves the individual plaintiffs -- at least one of whom is an ethnic minority, Hispanic, and another who is dyslexic. Frank Ricci, the lead plaintiff, quit a second job so he could study for the test and hired someone to make audiotapes so he could better prepare for the exams. Despite his reading disability, Ricci places sixth out of 77 of those taking the lieutenants' exam. How can anyone claim that denying this man a promotion because he happens to be white is right, much less legal?

A lower court supported the city's decision to throw out the test results, without a full hearing, and a three-judge panel of the Second Circuit Court of Appeals affirmed the decision. When plaintiffs appealed to have the case heard by all 13 members of the Appeals Court, the court split 7-6 against hearing the appeal.

A Clinton-appointed judge, Jose Cabranes, issued an eloquent dissent: "At its core, this case presents a straightforward question: May a municipal employer disregard the results of a qualifying examination, which was carefully constructed to ensure race-neutrality, on the ground that the results of that examination yielded too many qualified applicants of one race and not enough of another?" It's exactly the right question to ask.

Is it conceivable in this day and age that a court would uphold the right of an employer to throw out test results if blacks were the highest scorers? (And remember, as Judge Cabranes noted, the tests in this case were carefully constructed to ensure that no racial bias existed in the questions.) We'd be rightly appalled if the shoe were on the other foot and high-scoring blacks were denied promotions because the city preferred to promote whites. We should be just as disturbed when the city chooses to deny white and Hispanic firefighters promotions they deserve. Race shouldn't determine who gets promoted, period.

You'd think we'd have learned this lesson long ago, but apparently not -- and the effects have had pernicious consequences. We may not have totally eliminated racial prejudice, but promoting less-qualified individuals in the name of diversity undermines our sense of fairness. It also casts doubt on the abilities of even well-qualified members of the racial group that has received favored treatment.

Nonetheless, the case will likely be a close call for Supreme Court justices, not based on the merits but because the court is split almost evenly. Four justices think discrimination is OK, so long as it doesn't disadvantage minorities, and four believe that the civil rights laws and Constitution apply equally to all persons, regardless of their race. The man in the middle, Justice Anthony Kennedy, is often skeptical of race-based preferences, but occasionally votes with those who want to take race into account. How he votes when the court hands down its decision later this year will likely determine this case.

Is it too much to hope that someday we'll get beyond race in this country? The only way to get there is by outlawing discrimination against anyone because of race.