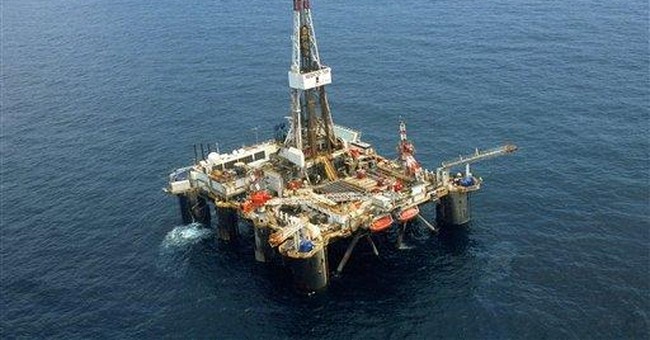 There is only one way to drive down the rising cost of gasoline for the long term: significantly increase the domestic supply of oil. We are the only nation in the world with access to known oil deposits on our own land or off our shores that essentially refuses to tap those resources. The main stumbling block is a lack of political consensus, which is in especially short supply in an election year. Instead of coming up with real solutions to our growing energy crisis, the Democrats in Congress would rather rail against the oil companies. But oil company executives don't set the price of oil -- and taxing their companies more won't do anything to lower the cost of gasoline at the pump.

President Bush has now stepped into the fray by asking Congress to lift a ban on offshore drilling, remove prohibitions on leasing federal lands for oil shale exploration, and permit oil exploration in a small portion of the Arctic National Wildlife Refuge (ANWR). He also called for expediting the process to build new oil refineries. His plan is not a short-term fix but one that could put the United States back in the business of taking care of our own needs rather than relying on supplies from unstable countries and avaricious cartels.

When the original ban on drilling in the Outer Continental Shelf was enacted in the early 1980s, oil exploration at sea was a far riskier business. Advances in technology have now made it possible to explore for oil in ways that are less damaging to the environment, protect delicate coral reefs, and reduce the chance of environmentally disastrous oil spills. But the ban on exploration remains in place as if drilling today were no different than it was a quarter century ago. Estimates are that offshore drilling could produce about 18 billion barrels of oil, but we won't really know until we launch full-scale exploration.

By far the most promising source of domestic oil can be found in shale deposits in the Rocky Mountains, but here, too, Congress has put up impediments to getting access to that oil. One large deposit -- the Green River Basin that stretches through Colorado, Utah, and Wyoming -- is believed to hold 800 billion barrels of oil, the equivalent of a century's worth of projected U.S. oil imports. Until recently, recovering oil from shale rock had been too expensive to make its extraction feasible. Advances in technology -- and the high price oil now commands -- now make this source of oil more economical. But again, Congress stands in the way. Just last year, Democrats inserted language in an omnibus spending bill that blocked oil shale leasing on all federal lands.

The most controversial of President Bush's proposals is his plan to open up a tiny portion of ANWR to drilling. Even Sen. McCain has opposed oil exploration in ANWR -- a position he should seriously reconsider given the current energy crisis. There are almost 20 million acres in ANWR, but only about 2,000 acres -- 0.01 percent of the total -- are needed for drilling. And this small territory could produce around 10 billion barrels of oil. Congress passed legislation to allow drilling in ANWR more than a decade ago, with bipartisan support, but President Clinton vetoed it. Had drilling started then, we'd likely be paying less at the pump today.

President Bush also called for expediting permits to build new oil refineries, another step in the process of lowering gasoline prices. We now import significant amounts of already refined gasoline because we lack capacity here to refine enough crude oil to meet our needs. The last new refinery was built three decades ago, largely because of challenges to permit applications. The president's plan would send all legal challenges to the D.C. Circuit Court of Appeals for a decision within 60 days of the permit's approval, and he would authorize the secretary of energy to issue binding deadlines for permit decisions to speed the process. He also called on Congress to allow refineries to be built on abandoned military bases.

Senate Majority Leader Harry Reid was quick to condemn the president's proposals, calling them "the same old ideas meant to pad the pockets of Big Oil." But that kind of rhetoric won't do anything to bring down the rising price of gasoline, which threatens not just family budgets but the entire U.S. economy. It's time Congress put election-year politics aside and get serious about allowing domestic oil production to solve this crisis.