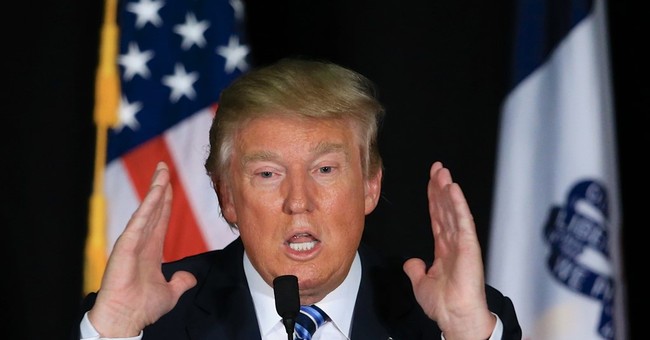 As 2015 comes to a close, the biggest story of the year is unquestionably the meteoric rise and mystifying (to some) staying power of Republican presidential candidate Donald Trump. Despite numerous opinion pieces and analyses devoted to the phenomenon, it appears that neither the permanent political class nor the media elite that prop them up have figured out what is driving his popularity.

It's easy to understand Donald Trump's popularity if you understand the American public. But our politicians and pundits do not understand us. It's hard to know whether observers are being deliberately obscurantist or they legitimately do not see what's happening. Either way, it's time to shoot down some of the oft-repeated tropes about Trump.

1. It isn't just middle-class whites. David Frum has an excellent article in the newest issue of The Atlantic. It's titled "The Great Republican Revolt." His insightful piece comes closer than any I have read in explaining Trump's success, and yet even Frum falls short of the mark. He, like so many others, misreads the American mood.

Frum characterizes the Trump wave as being driven largely by disgruntled, middle-class (and middle-aged) whites. While Trump enjoys strong support in that demographic, his popularity extends to others as well. Recent polls have shown Trump with a favorability rating approaching 45 percent among American Hispanics -- a group that "conventional wisdom" suggests would be overwhelmingly opposed to him, based upon his hardline approach to immigration. African-Americans also support Trump in large numbers (some polls suggest 40 percent). Sisters (and "Trumpkins") Lynette Hardaway and Rochelle Richardson (of "Diamond and Silk" fame) have become a public face of the black support for Trump's campaign, garnering hundreds of thousands of subscribers and millions of views for their YouTube videos.

These statistics poke huge holes in the theory that Trump's success is driven by white racism.

But why wouldn't there be cross-demographic support for a man who promises to bring jobs back to America when 94 million Americans are out of the work force? Even assuming that this includes large numbers of retiring baby boomers, that is a lot of people who have given up looking for work. Which brings me to my next point.

2. Most Americans are not hostile to business. In Frum's article, he describes Americans as being increasingly skeptical of "both wealth creation and entrepreneurship." I disagree. It isn't the average American who is skeptical of entrepreneurship and business. It was President Obama who notoriously said, "If you've got a business, you didn't build that" and current Democrat presidential candidate Hillary Clinton who made the infamous statement, "Don't let anybody tell you that corporations and businesses create jobs."

3. It isn't really about class, either. Opposition to wealth controlled by "the 1 percent" has become so omnipresent in political debate that it's trite. And yet, if Americans were ready to go after the wealthiest of the wealthy with torches and pitchforks, the name "Donald Trump" would be a target on his back rather than a potential name on a ballot.

4. It's more about the Democrat Party than the GOP. The primary talking point about Donald Trump is that his status as a frontrunner reflects broad voter dissatisfaction with the Republican Party, which talking heads (including David Frum) insist risks immediate and permanent irrelevance unless the GOP "moves to the center."

How many times are they going to replay this thoroughly debunked balderdash? (Remember the 2010 elections? How about 2014?) What is not being acknowledged is the role that the (SET ITAL) Democrat (END ITAL) Party has played in Trump's rise. It is the same phenomenon as that which has driven the growth of the Tea Party, now being played out in a bipartisan fashion.

Democrats may have represented "the little guy" 50 years ago. But how does that square today in a party that denounces business; that would gut what's left of the industrial base; that would shut down oil and gas extraction and close coal mines?  Someone with a college degree in a technical field has scads of opportunities in the information economy; what opportunities does someone with a high school diploma have to move in to -- much less up and out of -- the middle class? Raising the minimum wage in a fast-food restaurant?

To add insult to economic injury, the Democrat Party, led by comrade Obama, pushes for more low-skilled immigration in deliberate efforts at wealth redistribution on a global scale. Where does this leave Americans (of all backgrounds) who are looking for work?

And then there are the latest sexual position papers, rammed down the public's throats without any opportunity for discussion, investigation or meaningful evaluation. The self-proclaimed "party of science" manages to ignore biology and genetics in announcing that a man who tucks his genitalia into a white swimsuit for the airbrushed cover of a glossy fashion magazine is a woman because he feels like one. Express the slightest reservation over this dubious conclusion -- or a modicum of concern over the wisdom or safety of allowing men in dresses into public restrooms with little girls -- and the Democrat Party and its shock troops leap to call you "a hater," "a bigot" and any number of other epithets.

The worst that can be said of the Republican Party in all of this (and it is no small accusation, admittedly) is that they are too weak to speak up in opposition. That's true. But they're certainly not driving the bus.

5. People are tired of being silenced. A lot of Americans -- not just middle-class whites -- are tired of being told that their concerns are stupid, that they are racist or sexist or ableist or otherwise biased and should shut the hell up. They have questions. They have concerns. They have opinions; they have something to say. In comes Trump, who says what he thinks, insulated from political consequences by his fortune, and undaunted by the shame-and-blame game that the press has dutifully doled out for years to protect Democrat candidates and whittle the Republican herd. He has thumbed his nose at those who think they control the message in this country; he is speaking for a lot of people, and they are cheering for him.