Christmas Is the Power of the Small 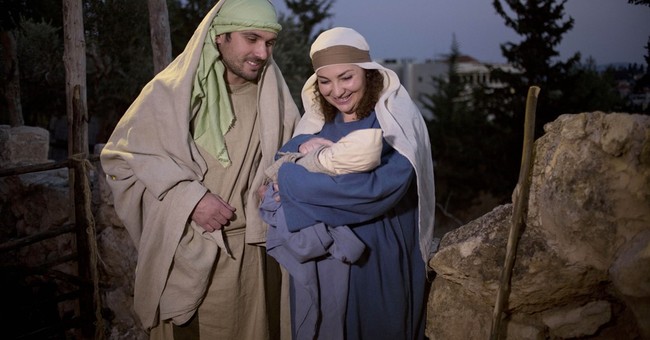 Many people ignore Christ, not because they hate Him, but because they simply don't understand him. (An even larger number think they understand Him but don't; that's a topic for another day.)

It starts with His origin. Christ's birth as an utterly insignificant, impoverished Nazarene Jew was not what many expected of the Messiah. He was God. He could have come as a king and ruled the earth. Indeed, when He was grown and in His active ministry, there were times when He had to slip away from those who were inclined to call for Him to be crowned king. On the day He died, He told Pontius Pilate, "My kingdom is not of this world."

He deliberately eschewed power. Why?

It is not merely the circumstances of Christ's birth that many find difficult to comprehend. So many of Christ's admonitions seem counterintuitive: loving your enemy; turning the other cheek; forgiving someone who has wronged you "70 times seven times." Again, greatness is hidden in smallness. The smallness of these gestures belies the great love that it takes to do them -- and the great miracles of healing that they produce.

Virtually everything good is accomplished by small things. This message is often lost -- even (or perhaps especially) by those who seek to do good for others. For some, that kind of good can only come from government -- a large institution with the power to force people to do what we are certain is right. For others, whose inclinations run more toward philanthropy than governance, this takes the form of a belief that to truly make a difference, you need a lot of people, a lot of money, a big organization.

Consider all the unrest and unhappiness we have seen on college campuses in the past year or so: claims of sexual assault, deprivations of due process on response thereto; claims of racial discrimination, and calls for restrictions on free speech; scream-fests, insults, widespread protests. All the while, there are calls for "something to be done." And these are usually big somethings: lawsuits, the installation of new leadership or public policy proposals at the state or even federal level.

But it is the small things, often overlooked as insignificant, that could truly change the climate on college campuses for the better. Starting with kindness. How many of these seemingly insurmountable problems could be resolved if we were simply determined to be kind to one another?

It is so easy to dismiss this as idealistic and ineffectual nonsense. And yet, at some level, we know it to be true. Or, at least, we recognize it when we see it.

In keeping with the collegiate theme, perhaps you've seen a few of the videos that have gone viral recently: the University of Nebraska football team let a young cancer patient play -- and score a touchdown -- in their 2013 spring game. The Sigma Alpha Epsilon fraternity at UCLA decided to serenade and deliver flowers to a girl undergoing chemotherapy at the Mattel Children's Hospital across the street, and then put her name in Christmas lights on the roof of their fraternity house. A group of Georgia Tech students pitched in $1,600 in a surprise "thank you" card to the security guard who works every day at the Scheller College of Business.

There are dozens -- perhaps hundreds -- of such examples. What do they all have in common? They are small gestures, easily done by a handful of people. And yet those touched by those gestures will never forget them.

What was done by these students could be done by others. What can be done on college campuses can be done anywhere.

We see sorrow and loss and suffering in the world, and the enormity of it seems overwhelming. It is natural to ask, "What can I possibly do?" But Christmas is a reminder, every year, that we can do much more than we realize. God became human. The omnipotent became powerless. In so doing, He has proven to humanity that we, who often think ourselves insignificant and powerless, have incredible power at our fingertips: the power of the small. The power of love.

May God bless you with the spirit of Christmas in your heart, during the holiday season and throughout the year.