Messaging for the GOP Presidential Candidates 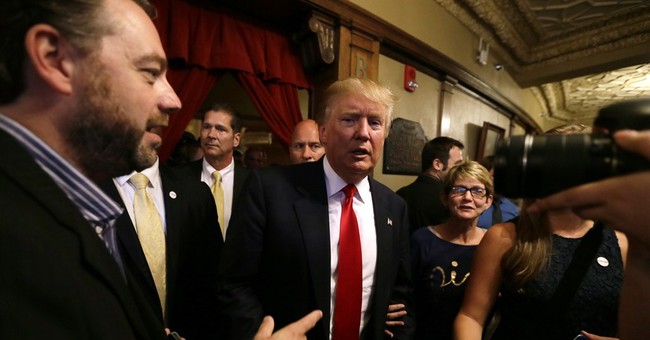 Now that Donald Trump and Jeb Bush have officially thrown their hats into the ring, there are two dozen official candidates for the Republican presidential nomination and a handful of others expected to announce their candidacy any day. Of these, approximately 15 enjoy the kind of name recognition (and/or fundraising capabilities) to be considered reasonably serious contenders.

Hillary Clinton's flaccid campaign notwithstanding, these candidates can assume nothing, and need to take lessons from mistakes that have cost Republicans the presidency in recent years. Here are just a few:

1. Don't attack each other in the primaries. It is idiotic for Republicans to spend the entire primary season giving the media fodder for the eventual showdown between the Democrat and Republican candidates. We have a slate of candidates with an unprecedented variety of backgrounds and breadth of experience. Their motto should be, "This isn't the competition; it's the cabinet."

2. Don't pull your punches. Once the nominees are established, the gloves come off. Romney could have slaughtered Obama after the first debate, but was apparently concerned about not looking nice enough. That was a catastrophic and completely avoidable error.

3. Find the message in the negative. Pollsters and pundits often warn that a candidate should offer more than a criticism of the opposition or the incumbent. Obama's policies and practices are so bad that they're easy targets. A deft Republican candidate can and should use those abysmal policies as a springboard for identifying very specific policy differences and how those will benefit the American public.

4. Explain the United States Constitution. Every conversation with the public should be a specific lesson in why the limitations on federal power are beneficial to them. The public truly isn't stupid, and examples of the dangers of governmental overreach are everywhere. Point them out.

5. Emphasize the proper role of government. Don't paint with broad brushstrokes -- give examples that people care about: local improvements to education, successful partnerships that improve health care outcomes, community organizations that legitimately help bring people out of poverty. It's not that (SET ITAL) no one (END ITAL) is solving the problem; it is that there are those who do it better than government.

6. Enforce our borders and simplify our immigration laws. There is no security without an enforced border, and no nation has an obligation to take in terrorists, criminals and gang members -- even if they're only 16. A fair immigration policy is one that is clear, enforceable and easy to comply with, not Byzantine and observed largely in the breach. President Obama's immigration "policy" is little more than imposing confiscatory taxation by importing poverty. Republicans should explain that there is a big difference between welcome and wealth redistribution.

7. Be transparent in lawmaking. The GOP candidate must promise legislative transparency to the American public. Whether it's in health care or international trade, there should be no backdoor deals and no "secret" legislation that we have to pass so that we can find out what's in it.

8. Remember the entrepreneur. Reinforce the public's understanding of the passions and struggles of the American entrepreneur, what's behind their successes and how all of us -- not only in the United States but across the world -- have truly benefited as a result. Real "business" isn't crony capitalistic deals between government and huge corporations that screw consumers and thwart innovation and entrepreneurship.

9. Protect Americans first. Yes, we've all heard that outsourcing jobs to third-world nations raises their standard of living, but at whose expense? Large numbers of Americans are not qualified for high-tech jobs in the information economy, and the shrinking pool of manufacturing jobs has left them with largely minimum-wage jobs that have little upward mobility. This has gutted the middle class. Advance their interests for a change, and watch them flee the Democrat Party in droves.

10. Believe in us and tell us so. One of the worst aspects of the Obama administration has been its visible antipathy for all things American. As the present climate of the nation demonstrates, a country becomes dispirited by an incessant stream of accusations of racial hatred, bigotry and resentment. A Republican presidential candidate should be able to inspire voters by pointing out what is good and great about America. This does not mean ignoring problems. To the contrary, the solutions we have devised for our nation's past problems are a testament to our resilience and offer a template for the problems we currently face.

11. Assume all voters are up for grabs. As the recent congressional brouhaha over Obama's Trans-Pacific Partnership (or "Obamatrade") has demonstrated, voters' political allegiances are very much in flux at the moment, and this is an opportunity that Republican candidates have not had in a long time.

Americans sent Republicans to Congress in 2014 in record numbers. Too many of them don't seem to understand why. The presidential candidate who figures this out has a strong chance to take the White House as well.