I'm Not an Idiot Just Because You Play One on TV 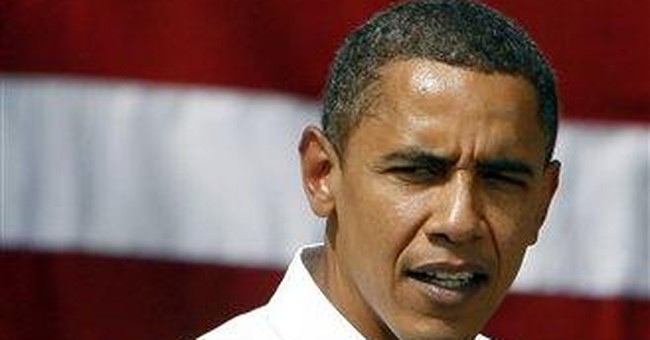 The Obama camp is constantly chanting their mantra about how McCain is "out of touch" with the average American.  But then yesterday's news had this delicious tidbit:

Nine million dollars in one evening.  Are these guys kidding?  And they wonder why Obama’s already flaccid poll ratings are sinking even further?  For heaven's sake, is any place more out of touch with the average American than Hollywood?  This is the world where a talentless dimwit can take home an eight-figure salary for 110 minutes of poorly-spoken dialogue in a badly written movie.  A world where spouses and significant others are tossed aside like last season’s reruns.  A world of conspicuous excess; of private planes, multimillion-dollar mansions, gold toilets, expensive cars, haute couture ballgowns, teams of  nannies, chefs, drivers, bodyguards, masseurs, agents, managers, personal trainers, nutritionists, and therapists-on-call.  A world where plastic surgery is a rite of passage.  (And there are a lot of passages.)  These folks take home from one awards ceremony goodies that are worth more than what Cindy McCain wears in an entire campaign season.  Oh yeah – they’re just like the average Joe.

And they’re such great role models in their personal lives, too.  For the past three weeks we’ve seen poor Bristol Palin – and her mother – get raked over the coals for an unplanned pregnancy.  Meanwhile Hollywood starlets have made illegitimacy a BFOQ to be on the "A list," and the media drools over them. (Want proof?  Go look at archives of People magazine over the past few years and see if you can find ten Hollywood stars - female or male - who have bothered to get married more than 9 months before having a child.  If at all.)  The divorce rate in America is about 50%.  What is it in Hollywood – 95%?

And in how many other industries is substance abuse, repeated failed attempts at rehab, and simultaneous embarrassing 24/7 reality TV coverage guaranteed to jumpstart a flagging career?

This would all be tolerable, if weren’t for the fact that Hollywood is also populated with a bunch of pompous blowhards who have – on average – a high school education, and yet who see fit to pontificate for the rest of us on such delicate matters as economics, agriculture, energy policy, international diplomacy, counter-terrorism strategy, regulations of financial markets, and the constitutionality of the War Powers Act.  (Ok, I am joking about that last one.)  The whole of their understanding of politics over the past eight years can be summed up in two words – “Bush lied” – and that’s already an etymological drop of one-third from the three-word synopsis of the previous eight years – “It’s just sex.”

Obama should be skewered on this one, mercilessly and repeatedly.  Sarah Palin’s speech during the Republican convention last month sounded the call when she referred to Obama’s “Styrofoam columns” being taken back to their Hollywood movie set.  Every time Obama tries to denounce "big business," the McCain campaign needs to jab back about "big Hollywood."  McCain should create ads that replay the footage of Cindy in medical gear in underdeveloped nations, and of John with poor children in Vietnam.  And then show the red-carpet events where Hollywood fawns over Obama, while the ad voiceover says, "Barack Obama accuses middle America of being bitter, of clinging to religions and guns.  His supporters in Hollywood have the same condescending disregard for the American public.  They accuse John McCain of being ‘out of touch’ with Americans.  And then they hold glitzy fundraisers where each ticket costs $28,000.  $28,000.  For a lot of Americans, that’s a year’s salary.  How many hungry children could have been fed with that?” And then the ad could show a picture of Obama's half brother George, living in a shack in Kenya, while the voiceover asks, "For that matter, how long could George Obama eat with proceeds of just one Streisand ticket?  Barack Obama: in touch with Hollywood, and out of touch with you."

Let’s be clear: it’s a free country, and those in Hollywood – like every other citizen of the United States – have every right to voice their opinions, to vote their conscience, and to spend their money as gloriously and decadently they see fit.  But they have no right to treat the rest of us like knuckle-dragging idiots because we don’t worship at the Enlightened Holy Church of Them.  And they have no standing to take the moral high ground when they live like third-world dictators.  Hollywood folks may have lost the ability to distinguish between the fantasy worlds they create (and live in), and the real world.  But we haven’t.