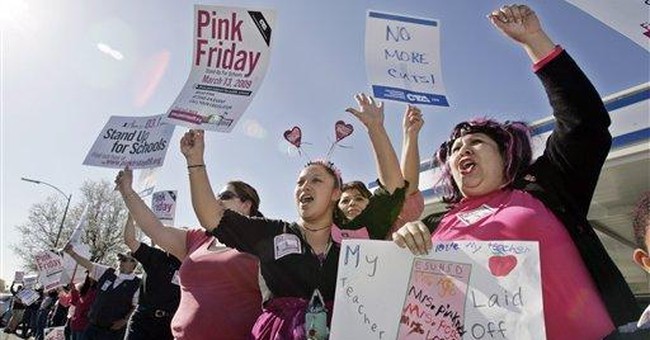 It looks like another set of judges has found a way around the will of the people.

In 1996, 54 percent of California voters said yes to Proposition 209, a constitutional amendment barring state and local governments from granting preferences to and discriminating against individuals or groups in public employment, public education, or public contracting based on factors like race and sex.

The district "integrates" elementary and magnet schools by considering income and education levels of parents and the race and ethnicity of "planning areas." Berkeley High School, the district's only government high school, offers a general curriculum and several specialized programs. The goal is for the programs to reflect racial and socioeconomic diversity of the high school, which means some students are denied admission based on the color of their skin.

The appeals court concluded that Berkeley's assignment plan "does not show partiality, prejudice, or preference to any student on the basis of that student's race. All students in a given residential area are treated equally—regardless of the student's individual race or other personal characteristics."

That's plain old double-talk. The spirit of the law is that the government is prohibited from making decisions based on the race of individuals or groups or neighborhoods. Berkeley collects and considers community-wide demographic factors with the intent to assign students based on the color of their neighbors' skin.

Proposition 209, challenged since its inception, will continue to be challenged. According to the National Law Journal, the same day this decision was handed down, the California Supreme Court asked the state attorney general whether Proposition 209 violates the Equal Protection clause. Although Californians voted to put the government out of the skin color business, groups continue to challenge and state entities continue to defy the peoples' will.

Attorney Alan Foutz of the Pacific Legal Foundation said the American Civil Rights Foundation, which filed the lawsuit against Berkeley, likely will appeal the decision to the state supreme court. "The court has carved a big hole in Proposition 209 by permitting school districts to use race as one of the factors that determine where kids will go to school," Foutz told the Oakland Tribune. "Prop. 209 is comprehensive and categorical in banning the use of race in student assignment. The court has undermined that mandate for color blind educational policy by allowing districts to continue using race in its student assignment decisions."

As the Center for Equal Opportunity's Roger Clegg notes, California's use of a racial classification is enough to trigger strict scrutiny, no matter how cleverly it tries to get around the law. Why does the government continue discriminating by race, when the whole point of civil rights-era laws was to prohibit the government from discriminating by race? Diversity, no matter how wonderful it may be, does not and will never justify this practice.