What Dallas' Sixth Floor Teaches Us

Larry Provost
|
Posted: Feb 22, 2019 12:01 AM
Share   Tweet
The opinions expressed by columnists are their own and do not necessarily represent the views of Townhall.com. 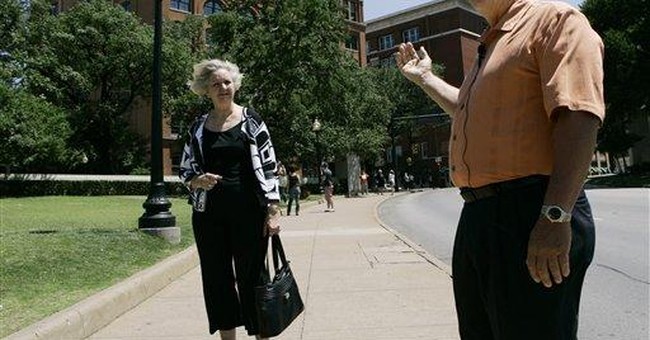 This week a museum at one of the most infamous sites in America turned thirty years old.  The Sixth Floor Museum at Dealey Plaza, in Dallas, shows that a tragic event can be properly commemorated and even turned into something greater.

Located at the site of the former Texas School Book Depository building, where the assassin fired his rifle from the southeast window of the sixth floor and killed President John F. Kennedy, the Sixth Floor Museum opened in February 1989.  The genesis of the Sixth Floor was not without a struggle.

From the moment the assassin fired his shots, the Depository building was inescapably bound forever to history.  In 1970 the Texas School Book Depository Company moved out of the building, leaving it vacant for years.  Amid calls to tear the structure down, Dallas County instead purchased the building in the late 1970’s.  An exhibit had been proposed but the trauma of the events of November 1963 still lurked strong in the minds of Texans, particularly Dallasites.  It was not uncommon for its citizens to experience harassment when others learned where they were from, saying they were responsible for the President’s death.  Many wanted the City to move forward by forgetting.  But history teaches that can never be the case and despite strong feelings, the Sixth Floor Museum at Dealey Plaza opened on President’s Day 1989.

There are several striking portions of the museum. An elevator takes one up to the Sixth Floor and immediately you are transported back to 1963.  Naturally, one is drawn to the window where the assassin fired his shots, Ruby’s hat he was wearing when he shot the assassin, and the full-scale mockup of Dealey Plaza encased in glass.

Yet the Museum’s sole focus is not tragedy and certainly it is not gory.  Unlike others who sell such items, the museum does not show the Zapruder film footage of the President at the moment of his death or photographs of his post mortem.

Further, the museum’s focus is more than tragedy.  After an initial large scale photograph of the floor in 1963 that is impossible to miss, the Sixth Floor celebrates the life of John F. Kennedy and an America we knew before the event from the music, the arts, and the struggles for civil rights. The exhibit then goes into the assassination and the events surrounding it.  Then the exhibit goes back to the life and legacy of John F. Kennedy, ending in a beautiful call for service to our fellow man.

The most unexpectedly poignant part of the museum is reading the memory books that people write in at the conclusion. People pen of many things but often write around how proper and even inspiring the Sixth Floor is.  It would have been easy to turn away from history and not build a museum, or if a museum was built to instead show “emptiness” as many works nowadays do.  On the flip side, in the hands of the wrong people, an improper exhibit on the Sixth Floor could have added to the pain that millions of Americans still carry with them.

The Sixth Floor is important because it was the site of the first national trauma of the 1960’s, a decade which deeply affected the American psyche.  In essence, the events of November 1963 was a powder keg for the rest of the decade.  Visiting the Sixth Floor should be on the bucket list of every American, especially those who remember or were affected by these events.  In the final analysis, the Sixth Floor is no longer just a place of infamy but has been transformed into a place of healing.