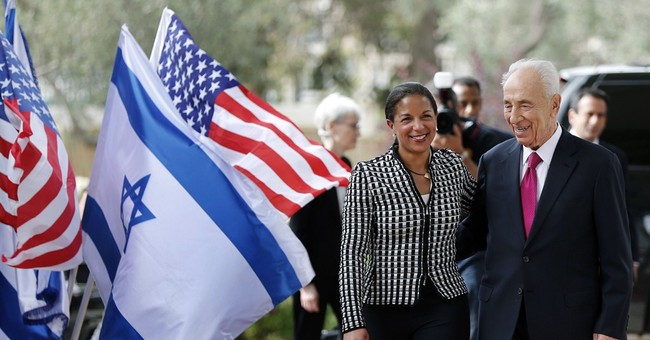 A trip to Israel will show anyone the tremendous restraint that nation has towards Islam; restraint that is not reciprocated by most of its neighbors and that sadly does little to douse the flames of Islamic fascism.

After departing the aircraft, visitors to Israel receive a blue card instead of getting their passports stamped. Part of the reason is that if the visitor will someday visit an Islamic country, such as Kuwait, that state will not allow the person to enter in simply because that person has visited Israel. In fact, an Israeli passport holder is not even allowed to buy a ticket, even in the United States, from Saudi Arabian airlines. There is no option to select Israel when requesting tickets from Saudi Airlines, much like Israel does not exist in Palestinian and Arab textbooks.

A visit to the Western Wall in Jerusalem, at The Temple Mount, shows the cultural sensitivity that Israel has. The Temple Mount was captured by Israel during the 1967 Six Day War; a war that happened because multiple neighbors of Israel’s were going to launch a sneak attack against her, such as happened a few years later in 1973. Included in the 1967 capture was the Temple Mount in Jerusalem, which includes the Western Walll and the Islamic Dome of the Rock. What Israel has done with the Wall and Dome is remarkable.

Israel allows Christians and others to visit the Western Wall with the only stipulation being that males cover their head. Visitors are also allowed to enter the area where Torah study and prayer takes place. For that matter, anyone is allowed to enter a synagogue in Israel. Israel even allowed administration of the Dome of the Rock to be handed over to Islamic entities after they captured it. However, the Islamists do not treat Jews and Christians in the same fashion at the Dome.

Non Muslims cannot enter the Dome of the Rock. If you are not a Muslim, you cannot pray on The Temple Mount. Non Islamic articles of faith are prohibited, especially if written in Hebrew. Regarding a larger area, Jerusalem is mentioned consistently in the Jewish and Chrsitian Bible. It is not named in the Koran. The Dome of the Rock was only placed there after Islamic conquest of the Holy Land.

With that being said, the situation at hand shows the tremendous religious diversity and restraint that Israel has in this situation despite the overwhelming case that could be made for only Jewish administration of the Temple Mount and the larger area of Jerusalem. Jews, Christians, and Muslims can visit and even live in Jerusalem. Non Muslims cannot legally set foot in Mecca.

For the Islamic nations of the Middle East, a similar balance does not apply to their government. Some Christians are in the Iraqi National Assembly, courtesy of the United States influence in Iraq, but Jews were mostly forced out of Iraq in the 20th Century. The Iraqi example of Christians in their National Assembly is more like a red herring than everyday reality in the life of the rest of the Middle East.

Much of the world looks down upon Israel, a tiny nation surrounded by enemies, when instead they should be looking to it as an example of virtue and restraint. It is also worth noting that despite all this restraint, often called tolerance, other nations not reciprocate on even these basic human levels. The reality is many of those nations will never have enough tolerance and concessions. Their goal is the complete destruction of Israel, a nation they teach their children does not even exist.