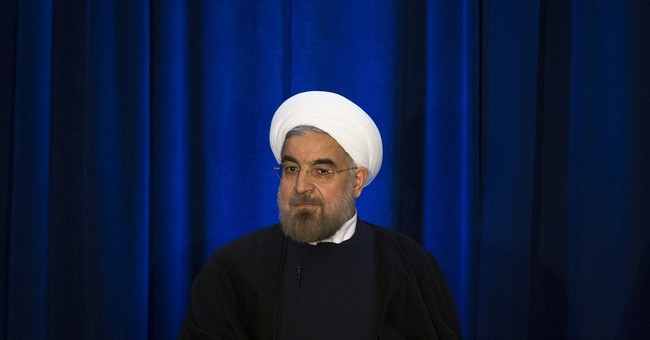 This “deal” with Iran is not a deal at all. It is a farce, cloaked in the appeasement of 1938, which is as bad as the promise that everyone gets to keep their current health insurance plan. This deal merely is the word of Iran that, for six months, in exchange for a bribe, that it will not pursue nuclear weapons. It does not require Iran to even give up its current nuclear program.

Iran has shown, through its behavior, that it is merely marking time. Iran wants to destroy Israel, whom it calls the little Satan, before dealing with the Great Satan of the United States of America. A real deal would be akin to Iran publicly affirming Israel’s right to exist and disavowing anti-Semitism. Of course our State Department leader, with firm backing of his President, does not see the historic proportions of the conflict that Israel faces or the message this appeasement sends to the world.

How can we possibly make a deal with a nation that refuses to even acknowledge one of our greatest allies right to exist? It is akin to Hitler giving his word that he would not go after the rest of Czechoslovakia. It was a mere six months later that he took the rest of Czechoslovakia. We lost credibility this year by drawing a line in Syria, for better or for worse, and then not following through. The Allies did the same thing in allowing Hitler to grab the Rhineland and then Austria, before Czechoslovakia. The next stop was Poland and war.

Iran will seek to attack Israel one day unless its government does a complete reversal of its worldview. They are the ideological leaders of the discord in the Middle East.

Sadly, in this deal, our leaders too have failed. One of the issues faced in democracies, in the modern instant gratification age that technology can lead to, is the false belief that we can solve issues of biblical implications in six months. This dynamic, coupled with the folly of some democracies being led by short sighted fools who wish to leave a legacy instead of doing their job, leads to catastrophe. The abundant blessings and relative comfort we have in America leads some of our leaders to do almost anything to cling to supposed safety that these deals do not offer. However, we must own up to the real issue that staring the world right in the face; the Iranian government wants war with Israel and to destroy the Jewish people.

Maybe we should ask Israel, a nation of thousands of years of daily oppression and great experience in dealing with warfare of this kind, what they think? But that would make too much sense.