Liz Cheney's Beef Isn't with Trump, It's with Republican Voters

Larry O'Connor
|
Posted: Feb 25, 2021 12:01 AM
Share   Tweet
The opinions expressed by columnists are their own and do not necessarily represent the views of Townhall.com. 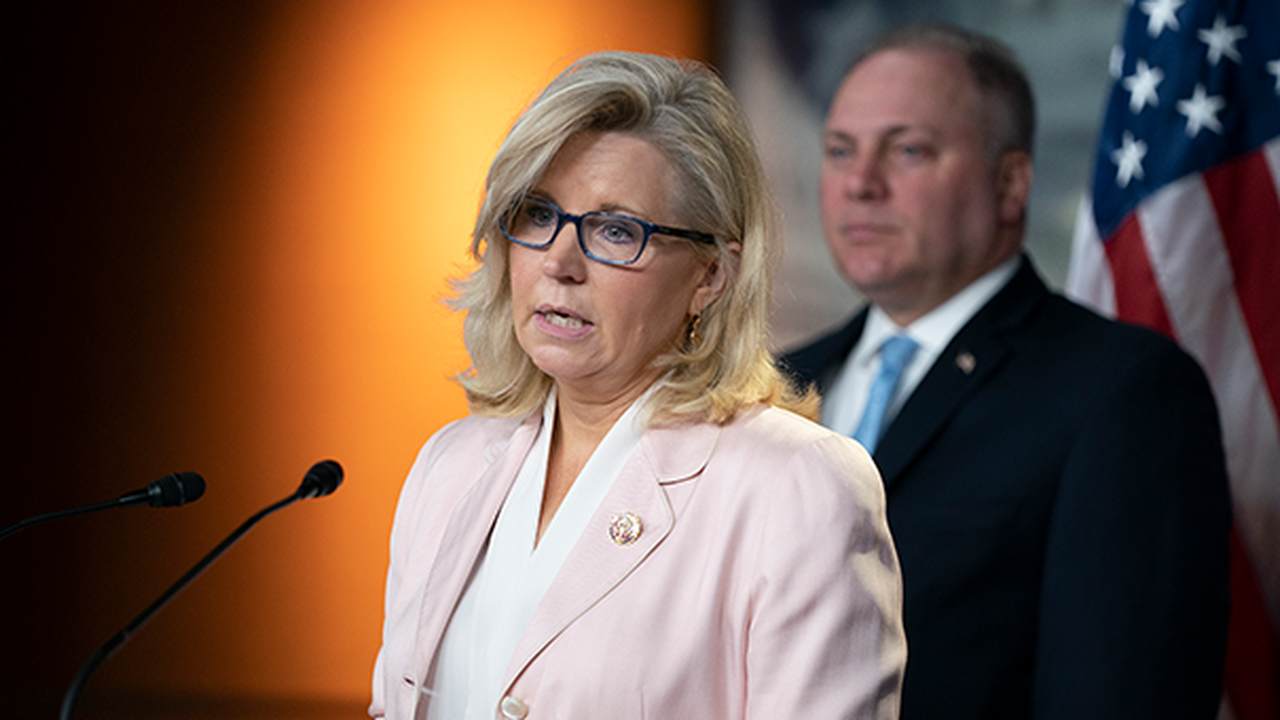 The screaming headlines proclaiming the "Divided Republican Party" after yesterday's display by Wyoming Congresswoman Liz Cheney served to once again distract the nation from the damaging legislative agenda the Democrat-dominated Congress and Biden White House are attempting to enact on our nation.

As a reminder, Cheney appeared at a press availability with her fellow members of the Republican House leadership where Leader McCarthy and Cheney were asked about former President Trump's scheduled appearance at this week's CPAC conference in Orlando, Florida.

After McCarthy's succinct "Yes, he should" speak at the conference, the reporter specifically asked Cheney her opinion.

"That's up to CPAC ... I don't believe that he should be playing a role in the future of the party or the country," Cheney said while standing behind McCarthy.

Let's be clear: The reporter did not ask Minority Whip Steve Scalise, who is a higher-ranking member of GOP leadership and was also standing with McCarthy and Cheney at the time. The reporter specifically singled-out Cheney for her opinion so it could be juxtaposed with McCarthy's. In other words... the entire reason for the question to Cheney was to show division. And Cheney complied. She gave the media exactly what they wanted.

And, she did it on purpose. She could have said, "That's up to CPAC," and left it at that. But it was her intention to purposely feed the narrative that there is some kind of civil war within the Republican Party over the man who just garnered more votes than any Republican in history.

This came a day after Cheney fed the media's "Republicans are racist" narrative at a Reagan Institute event, saying, "It's very important, especially for us as Republicans, to make clear that we aren't the party of white supremacy."

Funny, considering the Democrat's history, I would think it would be "especially" important for them to demonstrate that they are not the party of white supremacy, but that's just me.

It's pretty important to know what the heck she's talking about here.

The media and Establishment Republicans who enrich themselves by fanning the flames of a division with the conservative movement would have you believe that Cheney's complaint has everything to do with Donald Trump. But, does it?

To be sure, there is a significant group of Washington, D.C., Republicans who would like Trump to go away. They are generally split into two groups. The first is the usual suspects who bet against Trump in 2016, aligned their career paths on the hope that they'd be the only ones left to pick up the pieces of the GOP during the Clinton presidency, and then found themselves without a home when Trump emerged victorious four years ago.

The other group consists of the Republicans who see themselves as the GOP nominee in 2024, and they'd just as soon not have to run against Trump in the primaries.

Beyond that, most Republicans have a favorable view of the Trump presidency and would like the party to continue to promote the America First agenda he enacted in his first term.

And, it's telling that Cheney and her cohorts don't dare mention actual policies they oppose when they throw around volatile slanders like "white supremacy." It sure would help if they did.

What did President Trump do that reeked of white supremacy while he grew the economy and jobs for African-Americans at a record level? And, specific to Ms. Cheney, how did the "white supremacist" GOP led by Trump get more black and Latino votes in his run in 2020 than her father did when he was on the ticket in 2000 and 2004?

Cheney comes from a state with less than 1% African-American population, and she is lecturing the rest of the country to check our privilege? Rich.

The fact is, Cheney doesn't really have a specific beef with Trump; she really has a beef with Republican voters who have supported and still support him. If she wants to make a difference in the GOP, she should appeal to those voters, talk to them, and find out what they expect from the party she helps to lead. She might be surprised.

The best way to build and unite a party, I'm thinking, does not include the strategy of labeling a good chunk of the voters "white supremacist."

In the meantime, the least she can do is not willfully feed the media feeding frenzy that only serves to demonize and divide us even more.