Larry O'Connor
|
Posted: Jun 04, 2020 12:45 PM
Share   Tweet
The opinions expressed by columnists are their own and do not necessarily represent the views of Townhall.com. 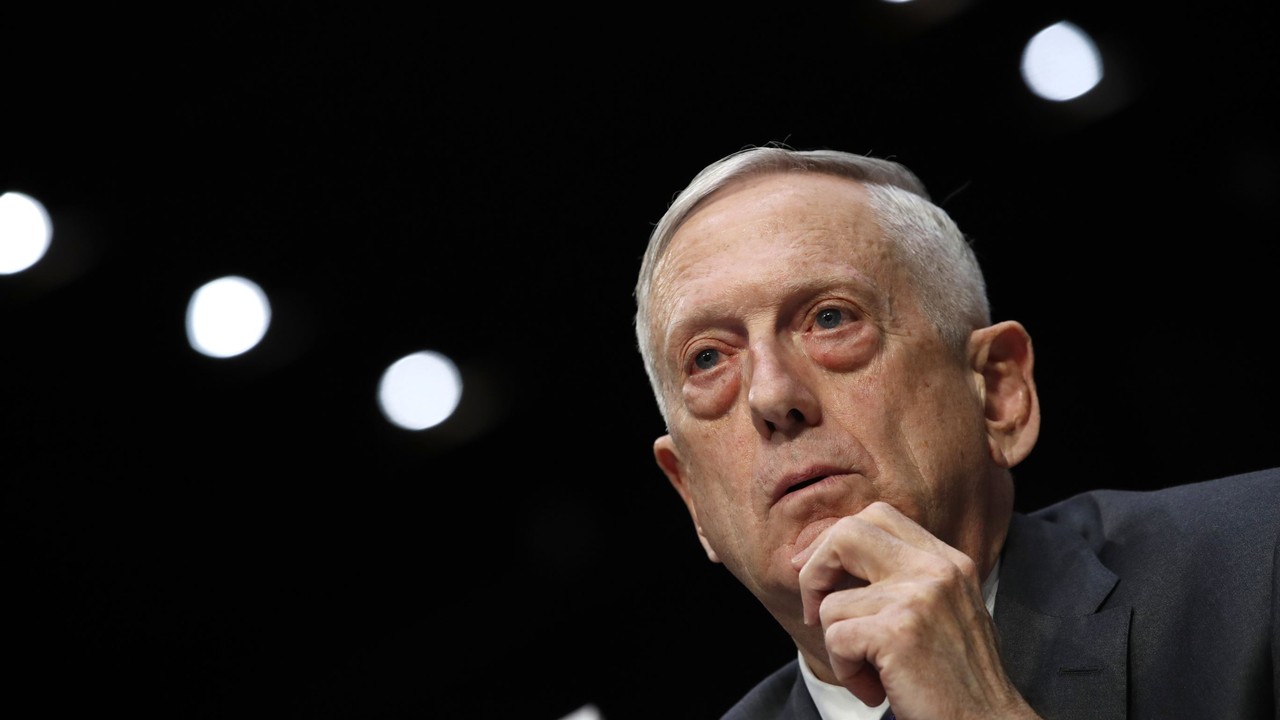 By now you've seen the aggressive and highly critical statement from former Secretary of Defense James Mattis about President Donald Trump's handling of the recent violence in Washington, D.C., and the president's suggestion that military forces under the Insurrection Act might be needed to restore order in cities where local police have been incapable of doing so.

Because of Mattis' exemplary reputation within the military and in the corridors of power in the nation's capital, media figures have been reluctant (if not terrified) to dare raise an objection to "Mad Dog" Mattis.

But not Mark Levin. The popular syndicated radio host discussed the unprecedented attack on his program Wednesday evening, just moments after the statement was published. He has also memorialized many of his comments in a Facebook message that is your required reading for the day.

Here's a little bit of The Great One's statement:

Have you noticed?  You cannot and must not criticize Mattis, we are told, because of his past heroic service in the military.  Of course, fire away at Mike Flynn.  Anything goes, including the violation of his civil liberties and constitutional rights.  And I note that Mattis has been utterly silent about the unconstitutional attack by the Obama administration on his former military colleague.  He wasn't moved to issue a statement of any kind.  Or the use of the FBI, CIA, NSC, etc., to take out candidate Trump and then President Trump with lies about Russian collusion with the Trump campaign.  Not a word about criminalizing politics and a coup against Trump.  But when the nation is under assault, cities are being burned and looted, citizens are being brutalized and killed, our first responders are being targeted, and Marxist-anarchist groups like Antifa are seeking to overthrow the country, Mattis clings to a lie about events surrounding Lafayette Park to accuse the president of undermining the Constitution.  He even references the Nazis.  Absolutely disgraceful.  And Mattis is supposed to be some kind of intellectual and historian?  Pathetic.

You can and should read the entire thing right here.

Levin, as usual, is spot-on in his analysis and response, and a few of his observations need to be amplified.

Since Mark has led the way on this, let me add my thoughts as well.

First, let me state that I fully respect Gen. Mattis' military career, and I would never dream of challenging his personal integrity or his motives. However, it should be noted that this is a courtesy he has not extended to those of us who support the president. Let's face it, when you liken Trump to a Nazi (which Mattis sadly did), he is implying rather directly that those of us who support him are also Nazis, or we are too stupid to see it.

Mattis can be a great American patriot (which I have every reason to believe he is) and also be terribly misguided on this sloppy political attack on President Trump.

Mattis has simultaneously violated two cardinal sins of political debate in America: He cited fake evidence that had been debunked by the time his statement was released, and he used that fake information to compare his adversary to Nazis. If one relies on either of these tactics, you've lost the argument before it's begun. And Mattis relied on both.

Mattis described the events at Lafayette Square in Washington, D.C., Tuesday night as follows: "We know that we are better than the abuse of executive authority that we witnessed in Lafayette Square. We must reject and hold accountable those in office who would make a mockery of our Constitution."

He went on to write: "Never did I dream that troops taking that same oath would be ordered under any circumstance to violate the Constitutional rights of their fellow citizens—much less to provide a bizarre photo op for the elected commander-in-chief, with military leadership standing alongside."

The problem for Gen. Mattis is that the United States Park Police have completely contradicted this version of the Lafayette incident. Mattis relied on CNN's version of events rather than the statement from the US Park Police. Is that a wise and honorable action? Is Gen. Mattis suggesting that Park Police authorities are lying? Who has a better track record in reliable information Gen. Mattis, the Park Police or CNN?

He then uses that false information to compare Trump to the Nazis. "Instructions given by the military departments to our troops before the Normandy invasion reminded soldiers that 'The Nazi slogan for destroying us … was "Divide and Conquer." Our American answer is "In Union there is Strength."' We must summon that unity to surmount this crisis—confident that we are better than our politics."

The president's call for possible military forces to support local police in quelling the violence in our streets would be a legal action and was last used by Mattis' former Commander-in-Chief George H. W. Bush. One wonders if the general thought he was part of a Nazi military force when President Bush did that.

Furthermore, Trump's suggestion of military support to quell the Antifa riots enjoys widespread support in this country. Fully 58% of Americans want the president to do this. These days, that's pretty unifying—the opposite of Mattis' Nazi argument.

Since Mattis served for two years as Trump's SecDef it's worth asking when, exactly, he determined Trump was like Hitler.

Was it when Mattis endorsed and supported Trump's travel ban on foreign nationals coming from nations hostile to America? Because his new friends on the Left said that was Trump acting like Hitler.

Was it when Mattis and Trump employed missiles against Russian mercenaries in Syria? Because his new friends on the Left said that was Trump acting like Hitler.

Was it when Mattis participated in the discussions as Trump pulled the United States out of the Paris Climate Accords? Because his new friends on the Left said that was Trump acting like Hitler.

In short, was Trump only a Nazi after you resigned over your disagreement regarding America's policy in Syria (a complicated issue that many experts side with Trump over) or was he a Nazi when you served as his top military aid and the maniacs on the Left were calling him Hitler every day?